I’m very blessed to have a friend who joined the Dominican Sisters at Hawthorne, and she reminded me to let you all know that they have some retreats coming up!  It’s the kind of thing that is definitely worth looking at, even if you don’t long to be a nun. I’m very glad I went on a (non-vocation) retreat with the Dominican Sisters at Nashville — they had the kind of joy that hits you with a blast (like when you open an oven to check on what’s inside).

In a less specifically spiritual vein of awe: SpaceX landed their rocket! Under unusually challenging constraints! And I love this quote from Elon Musk about how they pull it off:

“There’s a silly notion that failure’s not an option at NASA,” Musk said. “Failure is an option here. If things are not failing, you are not innovating enough.”

(Note: it would be nice if NASA could be more adventurous, but they don’t have Musk’s freedom, since the government can cut them off the moment something goes wrong).

Also in a beautiful bit of space-related craftsmanship — this bamboo Death Star. (Note, I enjoyed this more for watching at 2x speed, ymmv)

But before you are too excited about machines that go boom, maybe read this beautiful obit about a Japanese pilot who bombed Pearl Harbor and later became a pacifist:

He added: “I fought the war from the cockpit of a Zero, and can still remember the faces of those I killed. They were fathers and sons, too. I didn’t hate them or even know them.”

“That is how war robs you of your humanity,” he said, “by putting you in a situation where you must either kill perfect strangers or be killed by them.”

His wife suggested that he assuage his guilt by opening a kindergarten.

“If you want to atone for the lives you have taken, what better way is there than to nurture new lives?” he quoted her as saying in a documentary on his life, “Each and Every Battlefield,” released in Japan last year.

Alyssa Rosenberg has a great meditation on violence in movies and tv, prompted by a reader question about the brutality of Game of Thrones. She does a great job explaining when and how it can add to art:

This may not be a comforting answer, but the first thing I’d note is that pop culture violence can function a lot like dance; there’s a reason it’s called fight choreography. The fight scenes in “Captain America: The Winter Soldier” are fast, but the characters’ cinematography and choreography are such that you can see every discreet move the characters make and understand their respective strengths and weaknesses. They’re character pieces, too; you can see that the Winter Soldier (Sebastian Stan) has been reduced to cold killing instinct, while Steve Rogers (Chris Evans) desperately wants to incapacitate him, rather than end his life.

P.P.S. You should definitely check out this Max Gladstone essay on how fight choreo reveals character on Jessica Jones.

On the lighter side of superheros and violence, I really like this Reddit request for short fics on superheros trying to be classified as natural disasters for insurance reasons. Here was one of my favorites:

“Miss Parr.” She picked up one of the papers at random and glanced at the impenetrable array of equations. “I’m certainly not qualified to understand the science of what’s going on. But if I understand you correctly … you want me to petition the federal government to have your boyfriend declared a natural disaster?”

Persephone Parr, Force Majeure’s girlfriend, coolly flashed her the smile that had graced the front page of so many newspapers, safely in her boyfriend’s arms. “That’s correct,” Parr said. “I’ve provided all the necessary scientific evidence, and I’ve had it independently confirmed by Corbenix Labs. All we need now is someone to handle the legal part of the process.”

“But Miss Parr, how can he … You’re telling me that he’s no longer a person? As in, he no longer has a – has a consciousness? That he’s essentially doing things at random?”

“Well, not entirely at random.” Parr shrugged. “He’s acting according to a set of scientific principles. Like a storm. Like an earthquake.”

Kline rummaged through the documents on her desk and shoved a picture in Parr’s face. It showed Force Majeure in his new ‘energy form’, energy bolts crackling off his glowing body, muscles bulging as he lifted half an apartment building over his head. “You’re telling me – you expect me to believe that this isn’t a person?”

Parr sighed. “He still partly retains his physical appearance. It’s in the documents I showed you. But it’s just like I told you – when he was hit by Professor Elemento’s de-integrator ray, he was converted completely into energy. It’s just a human-shaped ball of energy, that’s all.”

“But he’s fighting the Disastronaut in this picture! Just like he always does! Balls of energy don’t get into fights with supervillains.”

Parr’s fingernails tapped down irritably on the papers. “It’s all in there. Many of his enemies have powers, emit certain energies that interact with his. It’s like lighting striking a lightning rod. No difference.”

And finally, as everyone gets ready to celebrate moms, the quotidian superheroes this Sunday, I’ve got a piece for FiveThirtyEight on how well kids do at calling as often as their moms may want them to. 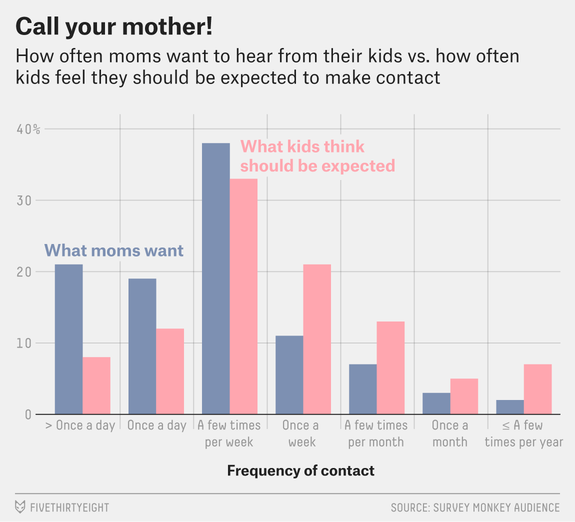 May 4, 2016
Beyoncé's "Lemonade" And The Fertility Of Forgiveness
Next Post 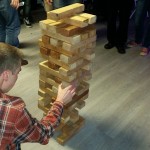