And You Never Were a Scotsman! 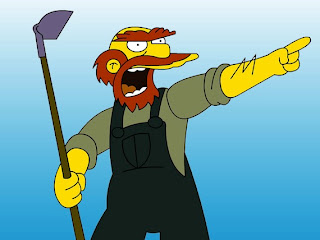 Jenifer Fulwiler of Conversion Diary wrote a piece for the National Catholic Register (“5 Catholic Teachings That Make Sense to Atheists“) that has sparked a fusillade of atheist criticism.  For the record, although I disagree with a number of her examples, I think her goal of demonstrating that Catholicism is an internally consistent system is a reasonable one, and an important part of cross-religious dialogue.  I’ll get back to the substance of that argument tomorrow.

For now, I want to talk about one specific genre of criticism she’s getting: that she was never a real atheist to begin with.  One commenter wrote:

I read your original article, and as an atheist I did not agree with a single point (none of the teachings made “sense” to me”, and as PZ suggested, I am not convinced you had arrived at your previous atheism from an intellectual standpoint. It sounds as if you were just a theist in denial or in “thenial” – it happens all the time.

People who cross over, in either direction, tend to slammed for flying under false flags.  Jen gets accused of always being a closet theist, while John Loftus of Debunking Christianity is constantly being told he must not have really been a Christian, even though he used to be a committed and passionate pastor.  Although the critics disagree about religion, they agree on the proof of perfidy: the mere fact of leaving.

Both sides think that one of the transition directions is right and reasonable, so we need to come up with a better metric for detecting intellectual lightweights than the act of switching sides.  What could a convert do to demonstrate that they had truly been a strong and reasonable atheist?  How could an apostate convince their old parishoners that, until they discovered some crucial fact, they had been sincere in their faith?  Would passing an Intellectual Turing Test help?  Is this the kind of thing that could only be proven through long personal experience?

As I mentioned in the Handy Dandy Guide to Converting Me, I have friends who are intellectually rigorous atheists whose conversions would make a big impression on me, but I’ve had years to get acquainted with their skepticism   It’s hard to know someone else’s heart, especially on the basis of blog posts.  I follow Jen’s blog, and I’ll admit the most frustrating aspect of the archives is that she started blogging after she had already tilted very strongly toward the theist side.  I don’t get a strong sense of what kind of atheist she was before the blog, and some of what I have to go on (her take on biology and design) doesn’t bolster my confidence.

I don’t have a very good standard to go on, and plenty of what informs my gut is hard to put into words, so I’d love feedback from the commenters.

How do you gauge the validity of someone’s abandoned beliefs?

How could they convince you that they really used to agree with you?

How does this answer vary on either side of the Christian/Atheist divide?

Catholic
And You Shall Know the Free Thinkers By...
Unequally Yoked
TRENDING AT PATHEOS Catholic