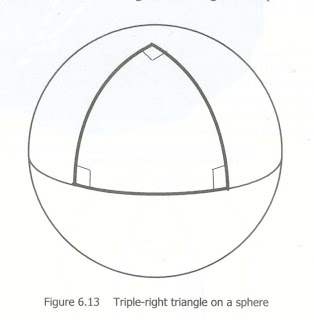 When I posted earlier on the blogfight unleashed by Jenifer Fulwiler’s post “Five Catholic Teachings that Make Sense to Atheists,” I focused on how to gauge the sincerity of a convert’s discarded beliefs. That was an argument about the author, and now I want to focus on the dispute over the logic of her post. Jen wasn’t offering a proof of Catholicism’s claims, she was trying to show that the system held together pretty well. PZ Myers wrote two posts rejecting the validity of this approach

Does she even realize that including speculation about the nature of God and heaven, especially speculation that ignores the monstrous tyranny described in the Bible, means it automatically makes no sense at all to an atheist?

…So first, find an atheist who’s willing to pretend that she believes in a god. Then, while she’s pretending with all of her might, maybe her brain will be addled enough to accept the load of swill that follows. Brilliant! I have another suggestion: 1) find an atheist who is tripping balls on ‘shrooms, 2) whack them hard enough on the head to give them a concussion, and 3) proselytize! Jesus wins!

I come down on Jen’s side. It can be useful for both sides to put aside the big contentious dispute and talk about how well the rest of the theory stands up, even when you grant the cornerstone premise. This is exactly what Myers, Loftus, and other do when they ask Christians why, if god(s) exist, why they’re so certain that their take on this god is accurate.

Don’t forget that atheists and Christians don’t just disagree on which way the evidence points, they disagree on what kind of evidence should be counted. Atheists think that proof for the existence of God should look like the proof for the existence of life on the moon, or an invisible dragon in the garage. There should be observable, reproducible evidence that is convincing to pretty much any person with a grip on reality. Christians like Jen think that this kind of proposition is more like the squishy claims of “my mother loves me” or “people’s actions have moral weight” or “the physical world is not an illusion.” These claims are not provable in any formal system and they don’t lend themselves to definite empirical observation. 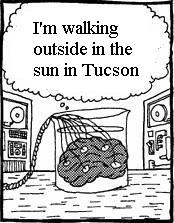 Trying to settle the standard is intensely frustrating and leads to a lot of talking past each other. But if you play the internally consistent game, it’s easier to learn how your opposite number thinks (maybe even well enough to pass an ideological Turing Test). You can see whether, even when spotted the major premise, your opponent’s system makes predictions about the empirical world that are flat out wrong. If there aren’t any obvious misses, is it because your sparring partner has limited the real world implications of his position until they can’t pay rent? How do they respond to that criticism?

If you don’t hit snags of the type described above, then maybe your opponent does have a reasonably coherent system, if you grant them a few foundational beliefs. Now it’s time to go back to arguing about how you judge those base beliefs. Or maybe, if their system did make good predictions that paid rent, you should take another look at the system that you brought to the table, test your own predictive power, and think about whether you’ve gained any evidence in favor of metaphysical backsliding (use the link if you don’t know the phrase).

The fact that a system is self-consistent is not proof that it’s true. I know the conventional example given by G.K. Chesterton in Orthodoxy:

The madman’s explanation of a thing is always complete, and often in a purely rational sense satisfactory. Or, to speak more strictly, the insane explanation, if not conclusive, is at least unanswerable; this may be observed specially in the two or three commonest kinds of madness. If a man says (for instance) that men have a conspiracy against him, you cannot dispute it except by saying that all the men deny that they are conspirators; which is exactly what conspirators would do. His explanation covers the facts as much as yours.

But I like to point to the well-fleshed out (but still sadly fictional) world of Harry Potter. The fandom that surrounds Rowling’s world is also a good example of how an unfinished and inconsistent world can be neatened up by scrupulous fans fixing Flints (theological examples fall under the heading of scriptural fanfiction).

On the other side of the coin, an inconsistent system isn’t necessarily false. It can be better to bite the bullet, and admit that you don’t know how to choose between two conflicting claims than to cling to one out of fear of looking uncertain. It’s easier to fix a problem you admit is a weakness than one you’ve papered over. 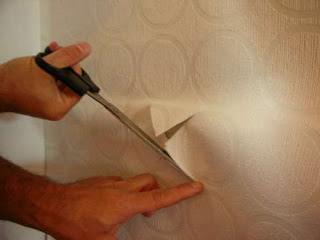 When two different philosophies manage to both look reasonably consistent, and the crucial proposition is unproveable or untestable, then you’ve got a case of non-Euclidean theologies (the phrase is inspired by the non-Euclidean geometries when you vary the definition of Euclid’s Fifth Postulate). You could conclude that these theologies are evenly balanced, but I’m inclined to say that the tie goes to the atheist position, since I’d expect a god to give people a bit more of a fighting chance to be converted.