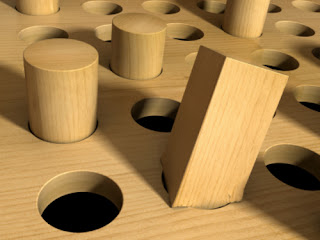 In my last two posts about Jenifer Fulwiler’s controversial piece for the National Catholic Register (“Five Catholic Teachings that Make Sense to Atheists”), I mentioned that, although I thought it was a good approach to discuss the parts of Christian theology that seem most sensible and maybe even plausible to non-Christians, I thought the choice of some examples was misguided.

When I try to think of the most intuitively appealing part of Christianity, it isn’t anything like veneration of Mary, it’s the possibility that people who have done bad things and warped their own character could be healed. The woundedness and brokenness of people around us can look like a problem calling out for the solution of Christianity: radical forgiveness or grace.

In my mind, it’s the most self-evident way Christianity meshes with our lived experience. But…

For a lot of people (including a lot of Christians), the obvious implication of Christianity is Hell. The goal is a Hammurabi-style reckoning up of debts and offences and a promise of justice. Denominations differ on how much justice will be dispensed, ranging along a spectrum from reserving divine scourging for Hitler, Pol Pot, etc to admitting that “use each man after his desert and who should ‘scape whipping?” (usually, the answer is: just our sect).

Try and build up a reasonably accurate picture of the world, and you may find that there’s a convenient God-shaped hole. Slot Him in, and the whole model comes together. Chesterton and others lean heavily on this kind of metaphysical backsliding). In Orthodoxy Chesterton summarizes this feeling:

The spike of dogma fitted exactly into the hole in the world–it had evidently been meant to go there–and then the strange thing began to happen. When once these two parts of the two machines had come together one after another all the other parts fitted and fell in with an eerie exactitude. I could hear bolt after bolt over all the machinery falling into its place with a kind of click of relief.

But it’s not enough to consider only whether your philosophy is strengthened by this addition. The radical forgiveness and suffering-solely-as-punishment hypotheses are in conflict, but both mesh with and are strengthened by a God hypothesis. Adding in the premise that God exists or that a broadly Christian god exists doesn’t improve the model, it amplifies whatever opinion the person already held.

To avoid accepting God explicitly for the sake of a deus ex machina, there has to be a better check that you’re not just accepting a mysterious answer to a mysterious question. A good start would be nailing down what experiences of God or scriptural evidence supports and debunks each of the conflicting worldviews. If you can’t rule some of these hypothesis in or out, it starts to sound like you’re worshiping a very diffuse divinity.