Ethical Problem in the Turing Test? 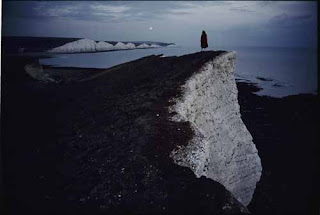 While we wait for the last responses to the Ideological Turing Test to trickle in, I wanted to address a concern that was raised by a couple of Christian bloggers. Stacy of Accepting Abundance felt she couldn’t ethically vote in the survey, and Elizabeth of Startling the Day shared some of her worries. Stacy wrote:

As I read the responses I found myself unable to make such a judgement. These are people, not computers trying to pass as people, but real people. I know this test was used to study economists and how well economists of opposing ideologies understood the other side; I get that. But this is about something much deeper than economics. It’s about a person’s faith, and faith is a tender thing. As I read the responses I kept wondering, “What if this is a ‘real’ Christian, possibly new in his faith, or struggling in his faith, and I judge him to be an atheist based on his responses?” That could be damaging to a person’s soul.

My most basic response is that the participants knew what they signed up for; people who decide to take their beliefs to the public sphere need know they’ll catch flak and have to be ready.  That said, if anyone (on either side) had told me that they were planning to use the votes as a referendum on the strength of their beliefs , I would have had a chat with that participant and might have recommended they withdraw. Christians who are beaten by atheists in this contest aren’t bad Christians and they aren’t even necessarily bad apologists. A low ranking for believability doesn’t necessarily indicate that you aren’t supporting your arguments, it just means that your interpretation of Christianity isn’t what most people expect to see.

Or it might be a lot less meaningful then that. I’ve been looking over the responses, and there’s a lot of questionable reasoning among voters. One commenter on Mark Shea’s blog declared that an entry that used the word ‘theodicy’ must be written by an atheist because it was such a nasty piece of “derogatory jargon,” which must come as a surprise to most Christian philosophers. Most criteria were better than this, and I’m looking forward to profiling the different types of theology-dar as a follow-up to the list of rankings.  The voters provided data at least as interesting as the participants they were evaluating.

I’m glad Stacy and Elizabeth shared their concern, because this wasn’t an ethical problem on my radar.  The biggest snag came when I was picking the questions for my Ideological Turing Test.  I tried to stay sensitive to the concerns of the Christian participants who had signed up. One person’s participation was contingent on a guarantee from me that s/he would not be forced to blaspheme in the answers. S/he was also concerned that, if the Christians had to write strong attacks on Christianity while they were trying to pass as atheists, they might do harm to someone’s faith. After all, they wouldn’t get the chance to rebut their arguments-as-atheists or explain why these claims weren’t enough to shake their personal faith.

To accommodate these concerns, I left the questions open for positive statements about atheism instead of compelling attacks on religion (the first question was “What’s your best reason for being an atheist?” not “What’s the best argument against religion”). This ended up satisfying everyone concerned that they weren’t endangering the salvation of others.

I certainly won’t say I hope no one’s confidence is shaken while reading this blog, but, as always, I hope people’s minds are being changed only for good reasons.  The percent of people who thought an entry was written by a Christian has no relation to the validity of the arguments in the entry, and I hope it’s the strength of arguments that move people toward truth.  I stand by the Litany of Gendlin:

July 20, 2011 Turing Test Answer Key
Recent Comments
20 Comments | Leave a Comment
Browse Our Archives
get the latest from
Catholic
Sign up for our newsletter
POPULAR AT PATHEOS Catholic
1