No ‘Healthy Outlet’ for Bad Habits 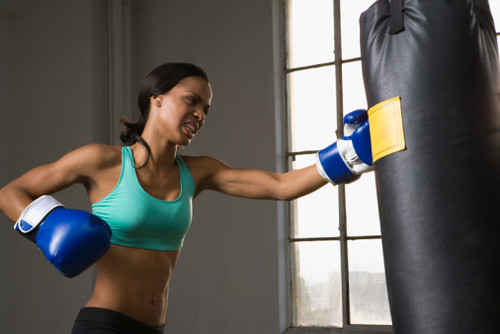 This is part two of my response to Brian S. about my choice to give up free food during Lent.  The first focused on why I glommed on to Lent in the first place.  Now we’re addressing the substance of the change I’m trying to make.  Brian wrote:

I disagree [that the feeling of having cheated someone is a bad pleasure to cultivate], or at any rate don’t feel that you’ve demonstrated that sufficiently. I could make the argument, as you almost do, that “getting one over on someone” is a natural human feeling, and you’re finding a healthy outlet for it. Or I could argue that what you’re feeling isn’t a sense of having outfoxed someone, but rather just a misinterpretation of your pleasure at getting something for nothing – since it’s often the case that doing that does involve taking advantage of something, you’ve been conditioned to associate the two implicitly.

I think the basic point on which Brian and I disagree is that I think these feelings are unsafe at any dose.  I don’t want to channel this attitude differently, I want to burn it out of myself.  For me, there’s no such thing as a healthy outlet for these impulses.

We imagine that we have certain immutable tendencies or faults, so, if we have to express them, we should do it safely.  Punch a pillow, play a video game, do visualizations, vent to a friend.  One way or another, those flaws will surface, so you might as well be careful about their manifestations.  As a transhumanist, this kind of concession to my character depresses me, and, fortunately, the social science is on my side.

David McRaney, author of You Are Not So Smart, did a nice rundown of the research on venting and catharsis.  Here’s a representative study by Bushman, Baumeister, and Stack.  Subjects wrote an essay, and half were told their essays were great and half got back a comment that said “This is the worst essay I have ever read!”  They got a little break before the next step of the experiment, and could pick an activity from a list that included “play a game, watch some comedy, read a story, or punch a bag.”  And then they got to play a game against the person who had graded their essay.

The game was simple, press a button as fast as you can. If you lose, you get blasted with a horrible noise. When you win, blast your opponent. They could set the volume the other person had to endure, a setting between zero and 10 with 10 being 105 decibels.

On average, the punching bag group set the volume as high as 8.5. The timeout group set it to 2.47.

The people who got angry didn’t release their anger on the punching bag, it was sustained by it. The group which cooled off lost their desire for vengeance.

In subsequent studies where the subjects chose how much hot sauce the other person had to eat, the punching bag group piled it on. The cooled off group did not.

When the punching bag group later did word puzzles where they had to fill in the blanks to words like ch_ _e, they were more likely to pick choke instead of chase.

Now here’s the kicker: in another iteration of the study, the researchers found that if people believe venting is useful (in this case, they read an article to that effect) they’re much more likely to choose the punching bag.  But, even though they think they’re cooling down, they still score as much more aggressive in the competitions, same as the people who weren’t primed to think venting would help.

Talking about blowing your lid, losing your cool, etc, reinforces a feeling of powerless over our actions and reactions.  We’re managing them, not changing them, and, as the studies show, we’re not managing them particularly well.

So when I notice myself falling on bad habits, I don’t want to to write them off as a safe manifestation of my faults.  I want to disrupt this feedback loop wherever I can and reinforce the habit of spotting this tendency and immediately trying to subvert it.  There’s no safe dosage for solipsism.

February 25, 2012 I'm like Beetlejuice, except you only have to say 'Statistician' once!
Recent Comments
91 Comments | Leave a Comment
"Jesus wasn’t resurrected as a great miracle simply in order to convince people to believe ..."
John The Two-Lazarus Problem
"The cartoon is amusing, but flawed. One of the four virtues of Stoicism is Justice; ..."
Vulpes Inculta 7QT: Stoicism Man, Semi-Imaginary Money, and ..."
"Do You Know what isn't Fair? Calling Atheism a Religion. Or saying Dawkins is a ..."
skwills Who Gets to Give the Courtier’s ..."
"Oh! And you can get there via Naval Gazing.(probably not by Navel Gazing...)"
TheSparksFlyUpward Too Sucky To Be True
Browse Our Archives
get the latest from
Catholic
Sign up for our newsletter
POPULAR AT PATHEOS Catholic
1