It’s an honor just to be nominated

It’s an honor just to be nominated February 23, 2012 Leah Libresco

Thanks a lot to everyone who voted in the initial phase of About.com’s Atheist/Agnostic Reader’s Choice Awards!  Unequally Yoked is one of five nominees for Favorite Atheist/Agnostic Blog of 2011.  Voting is open now through March 21st. and you can vote once per day.

Spoiler Alert: I am totally going to get whupped by PZ Myers’s Pharyngula, but I’d quite like to not place last, if possible.  From my original vote-for-me post, the reason I’d like to do well:

Last year’s winner was P.Z. Myers’s Pharyngula, which has a very different style and goal than Unequally Yoked. Some atheist blogs speak mainly to people who are already atheists. That’s an incredibly valuable service; it’s a way to promote activism, aggregate news, and provide a safe space for people who may have been thrown out of their families and communities because of their views.

I’m going for something a little different here. This blog is meant to be a place for productive arguments and strange alliances between atheists and theists. In these comment threads, I can make common cause with a gnostic Christian while the atheists and Catholics have to team up to call him a heretic and me a lunatic [in the most respectful possible way]. And all of us are expected to defend the beliefs we hold, not just attack the beliefs we’ve rejected. I wouldn’t want every atheist blog to hew to this model, but I’d be very pleased to have it represented well in the finals

So vote as often or as seldom as you wish.  I’m going to be slipping in a one-line header to subsequent posts for the rest of the contest, as a hopefully not-too-obtrusive reminder.  Thanks a lot for any support!

P.S. My fellow Patheos blogger Mark Shea of Catholic and Enjoying It! is nominated for Best Catholic Blog, which may be of interest to some of my crossover readers.

February 24, 2012 7 Quick Takes (2/24/12)
Recent Comments
109 Comments | Leave a Comment
Browse Our Archives
get the latest from
Catholic
Sign up for our newsletter
POPULAR AT PATHEOS Catholic
1 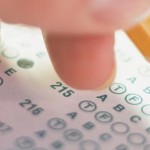