Design a new Ideological Turing Test for a much improved instrument

Every summer, when I run the Ideological Turing Test, I end up making very grumpy faces at Google Forms.  If I want to free people from the obligation to answer every single entry, I can’t link up responses across entries to see how people scored on the whole.  But when I make a separate form for each essay, I have to re-ask the demographic question each time, which is tedious for you and limits how many I can ask.  And there’s always a big drop in sample size from the first entry to the last entry.

But, my friend Spencer Greenberg (creator of the classes at ClearerThinking.org) has coded me a solution.  He wrote a program, Guided Track, that’s meant to help people write classes of their own, and he’s graciously put together a Turing Test demo for me.  So, under the new system, here’s how taking a test would work:

You click the link and see entries in randomized order.  After you read each essay, you guess the true beliefs of the author and answer any other questions about the piece.  (Last year, I asked you how about how well you felt the argument held together, and how interested you were in talking to the author).  Then you decide if you’re all tuckered out or if you’d like to rate another entry.

You keep going until you’ve exhausted all the essays on tap or until you just don’t feel like reading and judging anymore.  Once you’re done judging, you answer the demographic questions once and you’re all finished.

I’m quite excited to give Spencer’s program a whirl, so I’d like to try a mini Turing Test in late January.  At the Fare Forward Summer Symposium, there were folks who expressed interest in a Catholic vs Protestant test, which might be of less interest to the atheists in the audience, but could possibly disentangle some of the differences between the sects.  We could also do a straight political one this time or a deontologist/utilitarian/virtue-ethicist three way, with moral dilemmas of your choice.  Or I could crib examples from Jonathan Haidt’s research for the questions, and we could see how his moral foundations map onto the division of your choosing.

So, what ideas do you favor, and what suggestions do you have?

Also, keep in mind that if there’s a feature you think has been lacking from the surveys, it’s a lot more likely that I can add it now, so make requests, and we’ll see what Santa Spencer and I can do with your lists.

I’m on (a belated) day eight of a novena to St. Isidore, my saint for the month, and readers are welcome to join me. 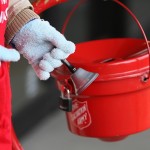 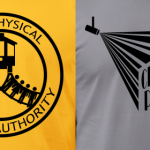 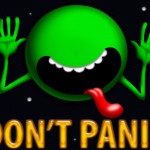