Squeltchtoad’s Immoral Moral Law thought experiment was weird and paradoxical enough that I had a lot of trouble getting purchase on the problem.  That confusion might be actually be evidence, but I wanted to make sure I wasn’t giving myself an easy out.  Since I was having trouble thinking about the problem in situ, I tried to carry it over into another discipline.

For mathematicians or physicists, perhaps Squelchtoad’s hypothetical would be the discovery that the universe was disordered.  Perhaps it would be inconsistent or possibly they’d get let off and just find themselves in an inelegant universe — a world where there would never be a Grand Unified Theory that described physics at every scale.  Ah, there’s the queasiness I was after.

When OPERA found data that suggested neutrinos could move faster than light, my friends and I didn’t feel exhilarated that our understanding of the physical world was about to shift again.  We felt suspicious and a little fearful.  Einstein’s relativity has stood up so well to tests and has made such good predictions that, if it was overturned, we had our doubts that the system could be patched.  Luckily for us, the observations were invalid.

It wasn’t the first time we’ve been in suspense over Einstein’s theories. Yudkowsky wrote up the first major test of Einstein’s predictions as part of a discussion of a different epistemological point.

In 1919, Sir Arthur Eddington led expeditions to Brazil and to the island of Principe, aiming to observe solar eclipses and thereby test an experimental prediction of Einstein’s novel theory of General Relativity. A journalist asked Einstein what he would do if Eddington’s observations failed to match his theory. Einstein famously replied: “Then I would feel sorry for the good Lord. The theory is correct.”

The evidence, like Einstein, turned out to be right.  And if the skies had been cloudy and the answer had been delayed, Einstein and most scientists wouldn’t have been agnostic on the question until Eddington came back with the data.  The evidence that had led them to expect an orderly, investigatable universe (one where “God did not play dice”) is weak evidence compared to the kinds of proof we expect in number theory, but it’s still evidence.  (It’s about the same kind of rigor as anything else that depends on causality actually existing).  And it was hard to imagine what kind of result could trump it.

If I were ever confronted by the Immoral Lawgiver in Squeltchtoad’s example, I’d be much more likely to doubt my own senses and reasoning than I would be to doubt that indiscriminate slaughter of other thinking, feeling beings is wrong.

And if I really accept the hypothetical and try to express a preference between a world with no moral order and one where the moral law seems so abhorrent, I’d have to plead the fifth.  Squeltchtoad’s hypothetical puts me in the position of a psychopath — so jarringly out of step with the order of the world that my preferences can’t be trusted.  And even though every fibre of my body urges rebellion, I’m quite possibly in a “Not even if it’s the right thing to do” situation.

But this world feels as distant and alien as the hypothetical world where there is no regularity in Nature.  I don’t see any reason to let this made-up idea creep into my philosophy.

I guess the only thing I could say in answer to Squelchtoad is that at the scale at which I’m living, it’s better for me to follow the Good as far as I understand it than it is for me to seek out an authority whatever horrors may come.  My will is better directed in the first case than the second, since I’m practising listening to my moral revulsion instead of disconnecting from my moral-sense perception of the world. 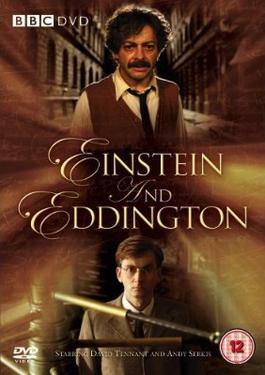 P.S. In the course of writing this post I discovered there was a BBC program titled Einstein and Eddington that featured Gollum as the physicist and Doctor Who as the astrophysicist.  Goodness!

April 26, 2012 This Doesn't Look Like a Victory to Me
Recent Comments
113 Comments | Leave a Comment
Browse Our Archives
get the latest from
Catholic
Sign up for our newsletter
POPULAR AT PATHEOS Catholic
1