Tell all your atheists friends they have 2 hours of Catholic Answers Live just for them tonight. Here is a message from host Patrick Coffin:

Are you an atheist? How solid is your atheism? Wanna go on live radio to defend your atheist beliefs? Today on Catholic Answers Live, I’m interviewing Catholic apologist Trent Horn in Hour One, and physicist Robert Spitzer, SJ, president of the Magis Institute for Faith and Reason in Hour Two. It’s a Q&A Open Forum For Atheists, and we’re taking calls only from atheists tonight, folks.

So saddle up, ye unbelieving brethren and give us a call. You’ll be treated with velvet hands in velvet gloves. The toll-free number is 888-318-7884. 6-8 PM EST, 3-5 PM PST Check local listings of listen live here: www.catholic.com/radio.

Let me know if you make it on air, and feel free to cross post the questions you’d like to ask in the comments thread.  I think the best questions are those where you’re genuinely curious about the answer they’ll give, not ones where you know what answer you think’ll they’ll give and you don’t like it.

September 24, 2012
What are your utils denominated in?
Next Post

September 25, 2012 LARP Your Way to Truth
Recent Comments
180 Comments | Leave a Comment
"I'd love to see a video of how it works. keranique shampoo reviews"
Marlene Garza Welcome Camels with Hammers to Patheos!
"Logismoi (the plural of logismos) are a fairly simple concept; they are whispers from either ..."
Rob, Portland Logismoi, Vampires, and Other Intrusive Thoughts
"I imagine I’ll do a lot more reading and pick a lot more fights over ..."
Donalbain A little about the queer stuff
"You are part of a search and rescue for lost Catholics.Regular updates to the countdown ..."
Edward Palamar I’m keynoting at a Con for ..."
Browse Our Archives
Follow Us! 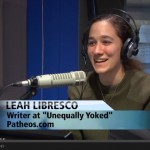