A Binder Full of Women in Every Pot!

A Binder Full of Women in Every Pot! October 17, 2012 Leah Libresco I tend to watch the debates with Twitter and Facebook open.  When both candidates are committed to not answering the question asked, my temper gets short, and I need the snarky tweets of Tristyn to be able to go on without hitting something.  So I saw the memification of “binders full of women” play out in real time, and I was ticked off.

If you care to pop over to The Huffington Post, I have a piece up praising the actual content of Romney’s answer:

There are a lot of things about Romney I don’t like, but what he did to address sexism was excellent, and I’m frustrated it’s being treated as a laugh line by other liberals. What he did was (sadly) pretty remarkable:

Most organizations don’t make it very far past step one. They assume the dearth of qualified women is a fact about the world, not evidence of their own bias or problems in the pipeline. Even though, just this month, another study came out showing that men and women rate a sample resume as less qualified if there’s a woman’s name at the top of the page.

Reporting the day after reveals that Romney didn’t take as much initiative to gather data as he claimed, but I’d love to have more people come out to praise the story he told as a model for executives and HR folks.

When we talk about male privilege, people’s hackles go up.  Are we just telling them that they suck?  That they suck too much to be able to act?  Nope!  We’re saying you need more data, and you may need help noticing what kind of data you need.  In his story, Romney turned to others when he lacked expertise, and didn’t resent them for helping him deal with a blind spot.

His anecdote may not have been true, but I sure wish other people would make it so.

October 16, 2012
Tell Me Which Women Scientists/Authors/Geeks Inspire You
Next Post

October 17, 2012 "To Be or not To Be" How to frame the question?
Recent Comments
117 Comments | Leave a Comment
Browse Our Archives
get the latest from
Catholic
Sign up for our newsletter
POPULAR AT PATHEOS Catholic
1 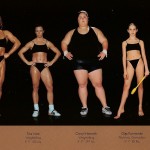