Darren the Humanist Explains it All to You

This is a guest post, prompted my plea to hear more about how Humanists ground their philophies and people’s interest in Darren’s thought in the comments.  Thanks Darren for talking about what you defend!

There was discussion on Leah’s blog of last week that the tenets of Humanism (or Secular Humanism, as I prefer) appear to lack a certain satisfying specificity. Having read through a few of the official manifestos, I am sympathetic to this view. It is all well and good to espouse Equality, Justice, Freedom, and Human Flourishing, but by staking such territory, what sorts of prior probabilities could reasonably be deduced about the beliefs, rights, prohibitions, virtues, and vices that result?

Lacking the slightest official sanction, and armed only with hubris and an imperfect commitment to the rules of composition, I took it upon myself to fashion my own Secular Humanist manifesto and parceled it out through a half dozen com-box postings.

Assembled here for ease of refutation, I present:

As a fundamentalist Christian minister once said to me, “Secular Humanism is what you get when you take God off the throne, and put Man in his place.”

When thinking of what Secular Humanism stands for and how it is different than other ‘isms that one might encounter, this sounds like a pretty good place to start. Now, what, we may ask, was God doing on that throne? For our purposes, governing human affairs I think, even to the extent of governing an individual human’s affairs (one could also posit that he was giving meaning to human affairs, if you like)

By putting Man on the throne in place of God, Secular Humanism simply claims that we humans are responsible for our own affairs. We get the credit for our triumphs; we get the blame for our failures. For good or ill, the reins are in our hands.

This is independent of a belief or disbelief in God or Gods, by the way. Whatever Gods might once have existed are welcome to continue existing if it suites them, but human affairs are human affairs, and they can keep their grubby mitts off.

The reins of human destiny being solely in our hands, now our problems truly begin.

What to do with them? How should we, as individual humans and as collective humans behave with this new found authority? How should we conduct our affairs?

“God is dead and we have killed him”, the sage has said, “What now, tough-guy?”

And lo, I stretcheth out mine hand and put forth these three commandments:

And lo, again I stretcheth out mine hand, and found propositions resistant to proof, yet greatly desirous of their truth, and of getting on with the thing, thus I christened them axioms:

Defined Term I – or what are Really Good Reasons?

Really Good Reasons are those things we use to limit, amend, or abrogate a commandment, right, or freedom. They are powerful. That which is powerful is dangerous. Use them with care.

Virtue Ia – Freedom of Being

A human owns his own existence. None may deprive him of it, without an absolutely Stupendously Good Reason.

(Deriving from Commandment the First and Axiom the Third.)

A human owns his own existence. None may extend it unbidden.

(Deriving from Commandment the First and Axiom the Third.)

A human shall speak as the human desires to speak, so long as this does not conflict with Commandments the First, Second, or Third.

A human shall desire to speak that which is True.

(Deriving from Axiom the Second.)

A human shall desire to believe that which is True.

(Deriving from Axiom the Second.)

Virtue IIIb – The Meaning of Life

A human’s existence has exactly the meaning that human thinks it has.

A human shall be courteous, generous, and hospitable, unless a Really Good Reason demands otherwise.

(Deriving from Commandments the Second and Third.)

Moral Imperative I – You Shall Not Lie

As a free agent making decisions about his own wellbeing and the wellbeing of his fellow free agents, true and accurate information is necessary for a human to make informed and effective decisions.

As a human is bound to the principal of treating others as he would wish himself to be treated, and as he values truth and desires to be told only truthful things, so should he only speak truth to others.

Moral Imperative II – You Shall Not Steal

A human may own property. To remove this property is to violate that ownership.

(By Commandment the Second and Axiom the Third, a human shall not steal.)

Moral Imperative III – You Shall Not Kill

A human is a free agent that owns his own existence. To remove his existence is to violate that ownership.

(By Commandment the Second and Axiom the Third, a human shall not murder.)

The goal was to set out a basic moral framework with the central tenant of human autonomy. To make that system specific and actionable, to include some points of departure with other creeds, and to do this with a minimum number of commandments and assumptions. Three commandments, three axioms, and a whole slew of derived virtues and imperatives sounds like a fairly decent first effort. Consider this a topic of discussion: agree, refute, add to, or improve as applicable. 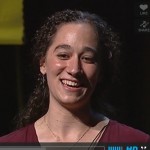