Can We Play Not-Nicely Better, Please?

And speaking of sparing feelings without pulling punches, there’s been a donnybrook going between Tom McDonald (Catholic) and Hemant Mehta (atheist) and JT Eberhard waded in yesterday.  I’m not planning to tag in exactly, but I would like to suggest that they have a slightly different fight.

Both Tom’s original post mocking atheism and Hemant and JT’s rejoinder seemed pitched particularly to their own sides, so, even though the posts got pretty heated, it has kind of the effect of a flurry of haymakers that  don’t actually land but certainly go whoooosh.

This all started on April Fools day, when Tom called on Catholics to reach out to atheist friends, but the language he used strikes me (pre- and post-conversion) as a little more than kin and a little less than kind, if you know what I mean.

Go ahead and hug an atheist today. They need it. They live lives of sad desperation caught in a meaningless universe and protest that they’re happy because they see things “as they really are” and are free to enjoy life as it is, and then disappear into the dust and relieve an already overcrowded world of yet another sentient meatbag…

Atheists offer people an attractive lie: the world all there is, so you might as well just enjoy it. In other words, they look at a broken world, say it can be no product of a loving and omnipotent God, and therefore urge people to just embrace it as is.

There are a number of things I disagree with in Tom’s essay, and I tend to disagree with the phrasing of what I do agree with.   For one thing, just because it might be true to say that people can’t be fully happy without God doesn’t mean it’s persuasive or helpful.  Heaven knows that I was a very unsuccessful math evangelist when I walked around essentially asserting that everyone had a number theory-shaped hole in their heart.  They might not realize how much they were missing out on now, but after the scales fell from their eyes, they’d wonder how they could have ever gone so long without feeling a little twinge whenever they thought of the Fibonacci sequence. (“You know, you can think of almost everything as a math problem…“)

However, even though I am a very trustworthy person, I couldn’t always to get people to take math classes purely on my say-so.  Even though I was in fact correct that learning math infuses the world with structure and beauty!  And I would have been quite wrong to tell my friends that, despite their subjective experience, they were actually unhappy, since they were missing out on a way to appreciate the world.  To convince them, I needed to show them some math (possibly Martin Gardner, possibly Flatland).

So, if you’re trying to show, not assert that Christianity fills some kind of gap, there are a lot of ways to approach it.  You could make a philosophical case that you do feel happiness/charity/ethics/etc, but you can’t ground them without God (try The Last Superstition).  You could try to get more specific on exactly what you’re talking about when you talk about Agape (The Four Loves).

But I suspect you actually want art, not apologetics.  It might be best to invite your friend over for a viewing of Of Gods and Men.  And then go over to their place the next weekend for a film of their choosing and more discussion and desserts in a “How ought we love?” film festival.  But I think opening up that conversation takes time and trust.  Both of which are in short supply online.

Mind you, I don’t usually pull off this kind of patience, even with friends.  I’ve more than once gone on lecturing too long, and then, after the room had cleared, turn to the friend that remains and said plaintively, “Why can’t I just shake people into loving math?  They’ll  like it when I win!”  (It worked about as well for me as for Toby).  After all, the first piece of evidence that people see for what math does for me is the way I behave when I pitch it.

There’s been a lot of invective in response to Tom’s post, and, rather than set off a new round, I’d be interested in hearing from JT, Hemant, and Tom (if they’re interested) how they try and convince a good friend that they’ve been missing out on math or classical music or philosopy or whatnot.  And then if everyone wants to go the art-as-apologetics route, I’d be glad to host another symposium. 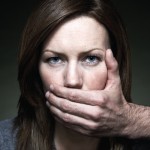 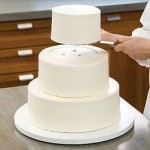 April 12, 2013 It's Hard to Make Up Marriage
Recent Comments
205 Comments | Leave a Comment
Browse Our Archives
Follow Us!