Why I Am Catholic…

Patheos asked bloggers to give 200 word apologiai for their faith, so, here’s my very brief attempt at why, given theism, I went with Catholicism: 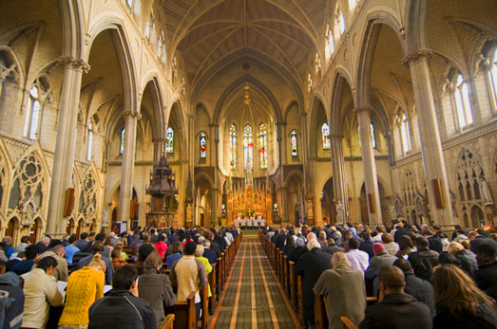 From Paul’s original cry that “If he be not raised… your faith is in vain” to Flannery O’Connor’s “Well, if [the Eucharist]’s a symbol, to hell with it!” Catholicism has resisted Invisible Dragon in the Garage Syndrome fairly well.  It’s not a religion that doesn’t mind what people think, as long as they all get along  — it’s truth-seeking.

And one thing I’d noticed, long before I thought its god might exist, was that a number of its truths had stolen a march on me.  When it came to virtue ethics, radical forgiveness, or the logic of marriage-as-covenant, my philosophical development kept prompting quizzical looks and “You know you sound Catholic, right?”

And those answers came out of an argument/discourse/tradition that spanned several millennia and wasn’t shy about telling me that it was nice that I’d notice that people are people, not moral quiz questions, but I needed to do something about the contempt for the material world, or nothing doing.

Catholicism is specific enough to make philosophical demands and to do me the courtesy of not pretending it’s no big deal to differ with them.  It welcomes faith seeking understanding, but spurns the comfort of agree to disagree. 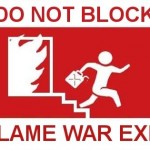 April 5, 2013 7 Quick Takes (4/5/13)
Recent Comments
440 Comments | Leave a Comment
"On that note... I recommend every Catholic and Christian have that post a read. Click ..."
Oktavian Zamoyski Effective Altruism and Caritas [Radio Readings]
"I think too many people have grandiose and unnatural ideas about charity. It becomes a ..."
Oktavian Zamoyski Effective Altruism and Caritas [Radio Readings]
"Jesus wasn’t resurrected as a great miracle simply in order to convince people to believe ..."
John The Two-Lazarus Problem
"The cartoon is amusing, but flawed. One of the four virtues of Stoicism is Justice; ..."
Vulpes Inculta 7QT: Stoicism Man, Semi-Imaginary Money, and ..."
Browse Our Archives
Related posts from Unequally Yoked