Oh, the places you might not want to go!

Tomorrow, I get to watch my brother graduate, and I’m quite excited for him, and, well, for the commencement speaker: Joss Whedon.  Since my brother is not a public figure, and Whedon is, I’ll limit the content of this post to only one of these awesome people. 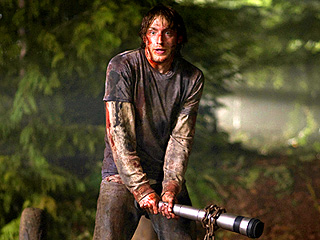 There were two quite interesting pieces on the arts in The New York Times this weekend.  A feature on Whedon mentioned his delightful habit of having Shakespeare parties while shooting Buffy and Angel, and the impact this had on his plans for the show.

[T]he readings helped Mr. Whedon learn about the untapped potential of his actors. After seeing Ms. Acker as Lady Capulet in “Romeo and Juliet,” he decided to kill off her “Angel” character and turn her into a merciless demon. He recalled: “I was like, ‘Oh, I’ve never seen her be frightening. I think the world should see that, too.’ ”

Once you cast someone, you tend to keep seeing them through the lens of their role as currently conceived.  Watching his actors experiment in another context gave Whedon the chance to reevaluate what he had to work with.  I’ve liked having Shakespeare readings chez moi for similar reason — in a new context, my friends sometimes surprise me.  A viewing of Passion means I get to hear opinions I otherwise wouldn’t have known how to elicit on the relationship of yearning, eros, and agape.  A reading of Arcadia means a friend who was reading the text for the first time gave Valentine a much warmer character than I would have expected could work.

But there can be a cost to experimentation.  In the magazine section, there was a feature piece on BYU’s animation program, and the prevalence of Mormons in media.  The part of the article I found most striking was the sense of responsibility the students expressed.

Now, Strong said, he avoids even some PG-13 movies. “You never know what’s going to come up on that screen, and once you see something, you can’t get it out of your head. Ever.” He thought a moment, then asked: “What’s the name of that film?” I don’t know what I expected him to say, but I was surprised when he said, “ ‘Wedding Crashers.’ ”

In high school, a friend persuaded him to sneak into the movie, and the nudity, as well as Vince Vaughn and Owen Wilson’s general attitude toward women, shook him. After that, when he saw a girl, his first thoughts would be about whether she was attractive; he felt himself moving through the world essentially casting or rejecting its inhabitants as possible extras in “Wedding Crashers.” You could argue that this was only the harmless awakening of a teenage male mind. But Strong didn’t see it this way. In fact, he feels so uneasy about this stretch of his life that later, when he began dating his future wife, he made a point of discussing it with her. (“I had changed,” he explained, “but I wanted anything like that to be open between us.”)

Art can prompt yearnings or questions we’d rather not be aware of; there was a reason that Plato thought it might be necessary to throw the poets out of his Republic.  It’s not a matter of being ostriches with out head in the sand, but of not privileging a hypothesis.  It’s not helpful for Iago to ask about Desdemona’s fidelity, since Othello is incapable of letting go of the question.  Our consumption of art shapes our assumptions, and it’s useful to pause and think about what you want to feed into your model of the world, or what you want to reinforce a yearning for.

This is why I was ultimately so uncomfortable when I saw The Cabin in the Woods, Whedon’s admittedly brilliant horror story.  Unlike Buffy, where the heroine is strengthened, weakened, but mostly just defined by her connections to others, Cabin seemed casually nihilistic.  In the final scene, the survivors seem to despair without being upset by their nihilism.  There’s nothing left that they’d like to preserve or fight for.  They give up on themselves, each other, and the rest of humanity.

And I’d been enjoying the wit of it all so much up to that point.  I felt a bit betrayed to have so much obvious cleverness and delight in creation go into the service of a story that seemed to discard all humanity, on net, as so much dust.  It felt like Whedon had used his abilities in the service of something that was antipathetic to all his care and concerns.

I think this is what the LDS filmmakers are worried about, and I think they’re right to be concerned.  The NYT writer is clearly worried that the BYU films may become unbalanced somehow.  Too focused on morals, too cleaned up, or just too goshdarn cheery.  A movie that feels untrue is certainly not likely to be persuasive, but a film like Of Gods and Men can make it plain that there’s nothing fantastical or saccharine about goodness.

But Wheedon’s story about Shakespeare nights makes it clear that it’s useful to have a little noise and variance, even if you’re pretty confident you’re on to a good thing.  So I wouldn’t be upset or surprised if the LDS animators end up making some films at odds with their values or that have effects on their audience that they didn’t expect.  The main thing is that they won’t be transgressive for the sake of transgression and edge.  It can be useful to sidle up on truth by exploring the grotesque.  After all, I’m still not sure if my discomfort with the nihilism of Cabin was Whedon’s goal.  It was a horror movie, after all. 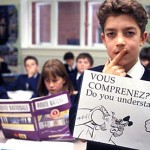 May 26, 2013 Anyone have an ideological immersion course?
Recent Comments
110 Comments | Leave a Comment
Browse Our Archives
get the latest from
Catholic
Sign up for our newsletter
POPULAR AT PATHEOS Catholic
1