Overconfidence in Our Employment Models 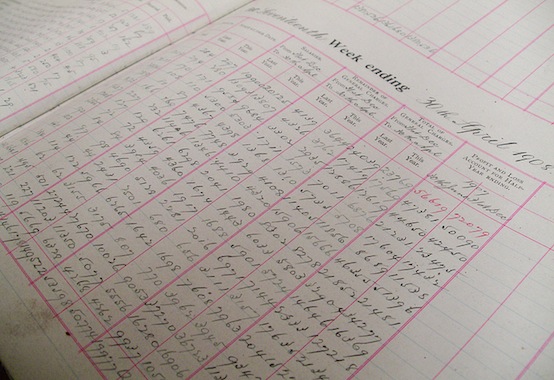 Due to travel and college debate reunions that kept us on the floor until past 2am, the Pope Francis bookclub post is prorogued until tomorrow.

My last two posts at The American Conservative have both been about the limitation of our ability to model the world, mathematically or otherwise, and how to be mindful of the gaps.  First off, I have “Stop Hiding Behind the CBO” kvetching about the attempts of politicians on both sides to use descriptive data to avoid spelling out their normative claims:

It’s not as immediately obvious whether the CBO calculations are good news or bad news. If we learned that, as a result of Obamacare, two million people needed to find work in order to manage their health care costs, or that four million needed to increase their hours, we might interpret that as a poor outcome. Or, if regulations were prompting employers to fire two million workers or slash their hours (as we worried when businesses realized that cutting workers hours exempted them from providing benefits) the loss of these workers might look like bad news. After all, then people’s desire to work would be frustrated.

But the judgment of the CBO is that the reduction in labor will be mostly voluntary as workers will be the ones choosing to resign or reduce hours; it won’t be bosses forcing layoffs. The mere fact that a shift is voluntary, though, is not enough to tell us if it is desirable. Soft paternalist policies (the mandate itself being a case in point) are meant to put a thumb on the scale when citizens make choices, although the actual choice of whether to buy health insurance or pay a fine is technically up to the individual.

When nudges are at work, people seldom connect their choice with the regulatory constraint that informed it, so CBO actuaries may know the causes of their choices better than they do. Thus, it’s harder to rely on feedback from voters about how a law is affecting their lives. So, how are we to judge the merits of the change?

And, up today, I get to discuss affirmative action, quotas in business and elections, and one of my favorite natural experiments I learned about in college in “Fixing Our Model of Meritocracy.”

One reason the quota system may have produced results is that we never live in a pure meritocracy. There doesn’t need to be any malice aforethought or deliberate discrimination to derail meritocracy. After all, we’re still fumbling to find reliable measures of merit. Even rich, data-driven companies like Google have had to scrap their interview questions and GPA cutoffs when they found their measures of merit weren’t producing results. (A similar process occurs in college admissions, but given the incredible diversity of post-secondary education, and the vagueness of what a “good match” entails, I’ll stick to other domains for examples.)

When people make hiring decisions or try to choose a candidate to vote for, they’re often doing crude pattern matching: Does this person seem like the kind of person who’s succeeded in the past? In election years, this prompts a lot of bizarre analysis as we try to extend patterns (“Mitt Romney is the best nominee, because he’s taller, and taller challengers are more likely to win!”).

The same tortured analysis plays out in the business world, where Paul Graham, the head of YCombinator, a startup incubator, explained that one reason his company funds fewer women-led companies is because fewer of them fit this profile of a successful founder:

If someone was going to be really good at programming they would have found it on their own. Then if you go look at the bios of successful founders this is invariably the case, they were all hacking on computers at age 13.

The trouble is, successful founders don’t run through a pure meritocracy, either. They’re supported, mentored, and funded when they’re chosen by venture capitalists like Graham. And, if everyone is working on the same model of “good founders started at 13″ then a lot of clever ideas, created by people of either gender, might get left on the table.

Truly, I measure the goodness of my week by whether I managed to find a legitimate reason to link to xkcd in an article.  But, more seriously, I really like the India election law study that you’ll have to click through to read about and a chance to look at how affirmative action can be beneficial to employers, not just the employees hired under the policy.

This is the fourth day of our Novena to St. Dymphna. You can find the prayers here and a little background on why we’re praying it here. 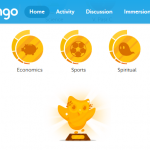 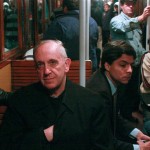 February 13, 2014 Living a Priestly Vocation [Pope Francis Bookclub]
Recent Comments
0 | Leave a Comment
Browse Our Archives
get the latest from
Catholic
Sign up for our newsletter
POPULAR AT PATHEOS Catholic
1