Earlier today I wrote about the how of my CPAC coverage, and here’s the what: all the stories I filed for AmCon based on the speeches I heard and the questions I asked at the Conservative Political Action Conference.  I tried to stick to the criteria of “Kind, honest, and necessary” throughout: 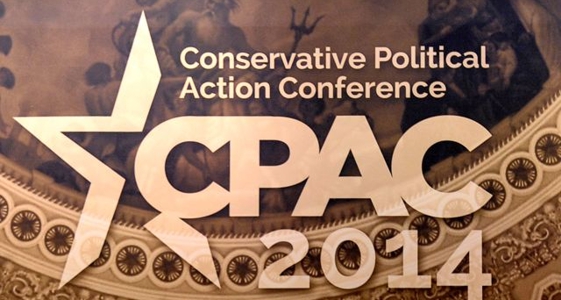 Less than 24 hours passed between the American Atheists‘ announcement that“Atheists March Into Lions’ Den at CPAC” and the follow-up “CPAC Boots Atheist Booth.”

…[American Atheists president David] Silverman aims at even larger ideological shifts in the GOP. He sees no role for social conservatives in long term, stating “Social conservatives are against atheists by definition.” In his mind, there’s no way to reach those policy positions except by appealing to a source of authority outside secular reason. Rogers, by contrast, has worked with pro-life atheists and knows secular opponents of gay marriage.

But the debate over the soul, or rather, the rational faculty of secular conservatism will play out somewhere besides the exhibit hall of this year’s Conservative Political Action Conference.

When politicians head out of the “country clubs and rotary clubs” that Jason Roe, the panel’s moderator said that some of his colleagues were reluctant to leave, they’re moving from a place of strength to uncertainty. Ed Gillespie, a former chairman of the Republican National Committee, tried to correct a misapprehension that holds politicians and activists back from reaching out, “There’s a misconception that, in order to be on Univision you need to be able to speak Spanish, and that’s not true, you can have a translator.”

Relying on a translator is a humbling act. Barack Obama and the other attendees of Nelson Mandela’s funeral didn’t have the expertise to realize that the supposed ASL interpreter was, in fact, miming meaninglessly. That error was at least egregious enough to not be misinterpreted, but, when politicians need translation, they may end up being subtly misunderstood, so that damage is done without calling attention to itself or prompting a correction… So, for politicians whose cultural fluency is pidgin-like, reaching out to a neglected demographic publicly is a high-risk endeavor.

The Consequences of Experimenting on the Electorate

Everyone in the line was trying to make copies, so the “because” clause didn’t convey any new information and shouldn’t have had such a large impact. Subtle persuasive tactics of this type have the potential to decouple a voter’s compliance from their interests. Politicians can eke out major gains by using Cialdini’s techniques of reciprocity, social proof, authority and others, instead of winning voters’ loyalty by serving their interests…

Researchers and campaign staff can run useful experiments because they benefit from tight feedback loops, where the results of their work are quickly apparent. The long term consequence of their work, however, may be to weaken the feedback voters can provide their representatives, when their votes are bought by the phrasing of appeals, rather than their content.

Bruce Fein, a lawyer hired by Snowden’s family, replied, “Snowden is more of a patriot in Thomas Paine’s sense: someone who saves his country from his government.” Solomon stuck to the theme by asking Fein, “If he were a traitor, how would you defend him?” Fein pushed back on the appropriateness of these questions, saying it made no sense to let a discussion of laws Snowden broke eclipse the discussion of “the lawlessness of the government that he exposed.”

Fein added, that, if the government was so keen on the rule of law, it had no need of extradition to prosecute the National Director of Intelligence, James Clapper, for perjury before Congress. Arguably, he said, Clapper’s offense and the overreach he covered up was more serious since, “When the government becomes a lawbreaker, it invites every man and woman to become a law unto themselves.”

Social Cons in Retreat at CPAC

[Rick] Perry may seem like an unlikely spokesman for criminal justice reform, having come under fire from reform groups like the Innocence Project, which has repeatedly petitioned to commute death penalty sentences without success. But Perry draws a distinction between death penalty or life without parole sentences, which are intended to sunder a criminal permanently from civil society, and shorter sentences, which, due to a dearth of rehabilitation programs, leave criminals unprepared for reintegration and force a de facto separation.

The moderator, Tammy Bruce of The Washington Times, agreed, heaping scorn on Democratic women who, she said, talk about supporting women, while, in reality, “Liberals infantilize women by saying the government needs to take care of them.” The other women on the panel cheered.

But the women’s own remarks cast conservatives into a victim class of sorts, oppressed by some outside, unreasonable force, that could respond only to power, not to persuasion or negotiation. In order to build a coalition of and for women, these speakers might have done better to crib from the rhetorical strategies Rand Paul used in his speech at CPAC. 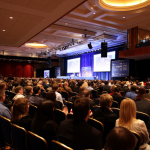 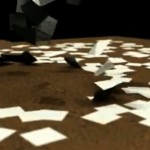 March 13, 2014 Very Boring Kinds of Goodness
Recent Comments
0 | Leave a Comment
Browse Our Archives
get the latest from
Catholic
Sign up for our newsletter
POPULAR AT PATHEOS Catholic
1