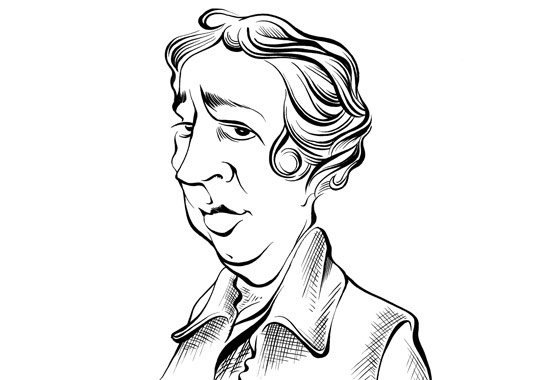 I’ve spent this weekend at CPAC on a press pass, and I’ll post a roundup of the work I did there on Tuesday, but, while I catch up on sleep, I wanted to share some of the non-CPAC AmCon pieces I’ve written recently.  Since my last day-job update, I’ve had two politics posts and one on culture/education:

Cyberattacks on Syria Put the Homefront in Danger

Instead of targeting enemy soldiers, cyberwar targets enemy infrastructure. Just as your own computer can be damaged by being infected with a virus, enemy computers can be compromised with targeted malicious software, but, instead of stealing your credit card number or wiping your hard drive,  these attacks can steal battle plans and disable or even destroy weapons systems and infrastructure.

Cyberwar is a tempting option, since it keeps our boots off the ground and out of enemy airspace. One Pentagon plan would have reportedly grounded President Bashar al-Assad’s missiles, preventing him from launching airstrikes without the inconvenience of setting up a no-fly zone or a shield system.

However, the safety Obama would win for our troops abroad could be outweighed by the danger he’d expose us to on the homefront. The very remove that makes cyberwar tempting makes it more likely that, if this kind of conflict is normalized, battles will spill over into the infrastructure of our daily lives. And that’s a theater of operations we’re ill equipped to defend.

Abdullah al-Shami may be about to achieve a very strange kind of victory through martyrdom.

So far as we know, Al-Shami isn’t on the verge of a suicide bombing or self-immolation. If he dies in the coming weeks, it will likely be at the hand of another. Well, hand might be putting it strongly, since the hand that presses the button that looses the missile from the drone that kills him may be halfway across the globe. But if the bomb lands true, al-Shami will be the fifth American citizen assassinated by his government in the War on Terror.

The location of the person killing him will be as mysterious as his own origins. Although it is now public knowledge that the Obama administration is debating whether the man known by this nom de guerre meets their own classified criteria for assassination, al-Shami’s real name, place of birth, and biography to this point have all been kept secret.

A College the Size of a Seminar

If Massively Open Online Courses (MOOCs) like those offered by Udacity and Coursera assume that education is primarily a question of transferring skills, which can be learned and practiced with or without personal supervision, the latter-day Septimus Hodges envisioned by Robbins reinfuse the idea of apprenticeship to education.

An apprentice, immersed in the work of her mentor, has the chance to learn things that her teacher may not know how to verbalize. In Edward Frenkel’s memoir Love and Math: The Heart of Hidden Reality, he describes his apprenticeship in mathematics, where professors set him problems to work, and invited him to departmental lectures where he could learn not only how to use the theorems that had been threshed out of conjecture, but the process by which they were generated and tested, and the aesthetic standards that many of his fellow mathematicians believed were a guide to truth.

Trying to teach Frenkel mathematics solely though textbooks and lectures, brilliant as he was, would have made as much sense as teaching blacksmithing out of a book. No matter how detailed the diagrams and instructions, the book would capture only the elements of the discipline we knew how to pin down into what Daniel Kahneman would call System Two thinking—the work we do deliberately, not instinctively.

(I am still pretty happy with how many of my favorite things I managed to reference in those last three paragraphs.  How many of you scored a bingo on your Leah!tropes board?) 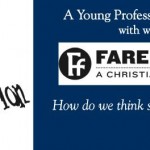 March 10, 2014 Maybe I should add this bingo board to my about page?
Recent Comments
0 | Leave a Comment
Browse Our Archives
get the latest from
Catholic
Sign up for our newsletter
POPULAR AT PATHEOS Catholic
1