When Asking for Help is Generous

My piece in the most recent print edition of The American Conservative came out from behind the paywall today, and it’s about friendships, shared needs, Nisbet…. and massively multiplayer online roleplaying games.  If you read it, like it, and share it, you’ll have a ready made excuse to ask favors of other people and look askance at LMGTFY links.  (Oh, and if you haven’t heard of LMGTFY, then, here, let me Google that for you).

Even new, online forms of association and friendship can suffer from the Google effect. Nick Yee, a senior research scientist at video game maker Ubisoft and the author of The Proteus Paradox: How Online Games and Virtual Worlds Change Us, and How They Don’t, conducted interviews with the users of online roleplaying games (RPG’s) to find out how the easy availability of information affected the sociability of these communities.

Online RPG’s offer a microcosm of human interaction. Many of the earliest iterations of these games forced mutual dependence on players: there were no maps of the game world, so you had to trade stories with other players and sketch out the lay of the land together, much like stopping at a service station in a rural area to get directions from the locals. There were no central repositories of hints or step-by-step walk-throughs for quests, so if you got stuck on a mission, you needed someone with experience to talk you through it.

But gamers and companies have both worked to reduce the known unknowns of these worlds. For many of the players that Yee interviewed, these changes made life much easier for the characters they played within the game but less rich and interesting for the players themselves in real life. As information became available the pace of these online games became faster and faster, but the gameplay itself became lonelier. With exploration of the world unnecessary, conversation became an inconsiderate interruption, not part of the leisurely flow of the game.

If questions are brushed off as inconsiderate, in games or in day-to-day life, one might ask what important business they’re interrupting. The ease of the Internet can reduce busywork and free up time, but even Google autocomplete won’t tell us how to fill the time we’ve saved. Leisure is only an instrumental good, and even as online conveniences grant more time to spend with friends and family, they have chipped away at the natural cues to do so. And as the forces of circumstance that bind friends and acquaintances weaken, depending on someone comes to require a deliberate decision—and all the more effort.

I can’t really make excuses to embed showtunes in posts at work, but, as bonus content for you guys, here’s the on-point “Do it Alone” from Parade.  The musical is based on the true story of Leo Frank, a Jewish man who was falsely convicted of murder and lynched in Georgia at the turn of the century.  In the scene below, his wife finally pushed back when he keeps excluding her from the work of exonerating him. 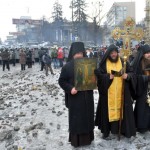 May 19, 2014
Bringing Beauty to a Gun Fight [Pope Francis Bookclub]
Next Post 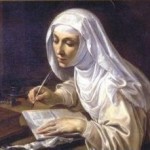 May 21, 2014 The Stories We Tell About Illness
Recent Comments
0 | Leave a Comment
"On that note... I recommend every Catholic and Christian have that post a read. Click ..."
Oktavian Zamoyski Effective Altruism and Caritas [Radio Readings]
"I think too many people have grandiose and unnatural ideas about charity. It becomes a ..."
Oktavian Zamoyski Effective Altruism and Caritas [Radio Readings]
"Jesus wasn’t resurrected as a great miracle simply in order to convince people to believe ..."
John The Two-Lazarus Problem
"The cartoon is amusing, but flawed. One of the four virtues of Stoicism is Justice; ..."
Vulpes Inculta 7QT: Stoicism Man, Semi-Imaginary Money, and ..."
Browse Our Archives
Related posts from Unequally Yoked