Must We Reclaim Lydia Bennett?

Greta Christina thinks Lydia Bennett has been given short shrift.  Although Lizzie Bennett has a certain amount of fire and spunk within the constraints of her life in Pride and Prejudice, Greta admires Lydia for daring to transgress completely and act autonomously, come what may.

She is a woman who thinks of her body, and her life, as hers.

She’s a woman who — in defiance of the powerful social pressures of 19th century England — decides that who she marries, and when, and when they do or don’t have sex, is nobody’s business but hers. (Well, hers and her partner’s, obviously.) She’s a woman who — when everyone around her is clutching their pearls and freaking their shit over the fact that she had sex before marriage — doesn’t understand what all the fuss is about. (“She was sure they should be married some time or other, and it did not much signify when.”) She’s a woman who — shortly before her wedding, when her aunt is lecturing her about the wickedness of what she did — is ignoring her, and instead is thinking about the man she’s about to marry, and what he’s going to wear. She’s a woman who — after the marriage has been patched together — has the audacity, much to the horror of her father and eldest sisters, to not be ashamed, to take pleasure in her life, and to look forward with excitement to her future.

She’s something of a pioneer. I find myself having a sneaking admiration.

Yes, yes, I know. Different times, different mores. The unfortunate reality of 19th century England, even in the relatively loose (compared to the Victorians) Regency period, was that for a gentlewoman to have sex before marriage probably did mean social ruin, not only for herself but for her family. Part of Austen’s point was that Lydia’s behavior was selfish. She didn’t just have loose sexual morals, which Austen clearly thought of as wicked just in and of itself. She had a lack of concern for how her sexual choices would affect her family.

But — well, actually, that’s sort of my point.

I can’t quite share Greta’s enthusiasm, in part because I can’t imagine that Lydia following her own strong opinions will ultimately “constitute [her] happiness.”  Greta kind of casts Lydia in a dystopia, where there’s not much point in half-measures or moderating your own choices to limit the harm they do to others — the real evil is the societal system itself, not the repercussions of your rebellion.

I can pick a different, much more dystopian dystopia to explain why this sentiment gives me the ethical heebie jeebies.  In Ayn Rand’s Anthem, the protagonist Equality 7-2521 sneaks away from his collectivist society to explore material science, re-derive the scientific, and, ultimately rediscover electricity.  I love reading the sections where he improvises equipment and falls in love with the beauty and order of the material world, probably in a similar way to Greta’s enjoyment of Lydia’s embrace of her own desires.

Like Lydia, Equality 7-2521 is shamed by his society for his unnatural loves.  He tries to share his joy and newfound freedom, but is run out of town, and begins (in the manner of Randian heroes) to pontificate.  Having been rejected, he resolves to keep fighting, though now his aim isn’t for the freedom to experiment but for freedom full stop.

And here, over the portals of my fort, I shall cut in the stone the word which is to be my beacon and my banner. The word which will not die, should we all perish in battle. The word which can never die on this earth, for it is the heart of it and the meaning and the glory.

The same inscription might fit nicely over the lintel of Lydia’s home with Wickham.

Shame and selflessness are more than words used to force the weak to submit to the strong.  Even if Equality 7-2521 and Lydia both live in dystopias, worlds that force them to deny an essential part of themselves, they lose something even more important if they reject what is good in the world they’re leaving.

Lydia ultimately won’t be unhappy because of the pressures her world places on her (Charlotte Lucas is a better contender for that dubious honor).  Her marriage with Wickham is poisoned because both of them rejected the mores of their society as bad without seeking a greater good beyond themselves.  In order to live freely, they rejected the obligations rooting in love and compassion to family and (in Wickham’s case, lovers) that would have taught them what to do with their liberty. 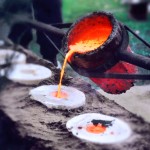 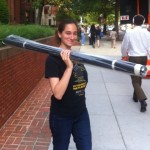 August 1, 2014 7QT: Necromancy, Vaccination, Love, and other high stakes games
Recent Comments
0 | Leave a Comment
"Oh! And you can get there via Naval Gazing.(probably not by Navel Gazing...)"
TheSparksFlyUpward Too Sucky To Be True
"Hello, Deiseach!1. This is not an ad. (It always reassures me when someone says that!! ..."
TheSparksFlyUpward Too Sucky To Be True
""Do you honestly think that a child raised by a woman has no exposure to ..."
Zorin 2012 Queer Blogathon [Index Post]
"I'd love to see a video of how it works. keranique shampoo reviews"
Marlene Garza Welcome Camels with Hammers to Patheos!
Browse Our Archives
get the latest from
Catholic
Sign up for our newsletter
POPULAR AT PATHEOS Catholic
1