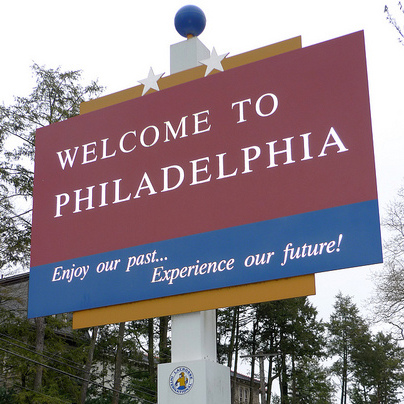 We’re nearly at the end of the “Letters to the Seven Churches” section of Pope Francis’s book, and most of the letters discussed have had an air of fraternal correction.  However, this week’s letter to Philadelphia and the discussion that follows is pure joy.  Pope Francis explains it as follows:

What is love is love plain and simple, and such love is completely protected and guaranteed by the Lord.  All the other qualities of the churches are relative, qualities such as the patience of Ephesus and her ability to discern.  Relative also are the sins of the churches: those of Pergamum for being divided and not standing strong, those of Thyatira for her self-interested toleration of false prophets, and those of Sardis for appearing alive when she is really dead.  What is absolute is love among sisters and brothers, the apex of charity, and the Lord blesses it with every prize.  No one can remain neutral with regard to Philadelphia: whoever fails to love her and follow her lead will end up envying her.

Unfortunately, this chapter is a little too short and abstract for me to fall easily into love or envy.  I usually wind up needing a lot of specific examples to get a sense of what agape looks like.  I can understand, intellectually, that it involves willing the good of others, born out of a love for them, not just a love of rules, but it’s hard for me to get a sense of what that means in practice, internally or externally.

One way of putting it, is that I’m blind to a lot of the affordances of the people of Philadelphia.  An ‘affordance’ is, per wikipedia:

[A] relation between an object, or an environment, and an organism that affords the opportunity for that organism to perform an action. For example, a knob affords twisting, and perhaps pushing, while a cord affords pulling. As a relation, an affordance exhibits the possibility of some action, and is not a property of either an organism or its environment alone.

Familiarity with an object (or a lot of creative thinking) makes it easier to spot affordances.  Because I’m a tinkerer, it’s easy for me to jerry-rig substitutes for broken/missing tools (This flashlight can be a hammer!  The floor + my tuchus can be a vise!) — every object around me has a lot more affordances than just their primary ones.

The people of Philadelphia have more affordances for agape than I do by default, or even when I sit around and try to brainstorm more.  In order to build up the disposition at the heart of their love, I need plenty of specific examples of actions that start to give me an idea of how their perspective of the world differs from my own.

Think of it as an ethical/spiritual CT scan — assembling a fuller model from many little slices.  Absent those concrete examples, Pope Francis’s description of the love of the Philadelphians was too far away from my sickly love to be able to connect with me and stir me up. 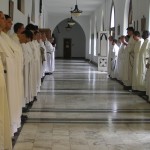 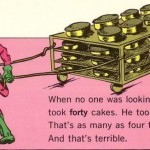 August 12, 2014 Parallel Meltdowns at Burger King
Recent Comments
0 | Leave a Comment
Browse Our Archives
get the latest from
Catholic
Sign up for our newsletter
POPULAR AT PATHEOS Catholic
1