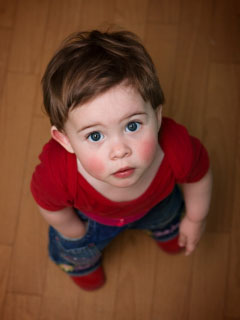 In his chapter on the city of Sardis, which kept up a pretense of their faith, Pope Francis turns to parental and grandparental relationships which, in his opinion, best reveal how we are handling spiritual tumult.

It is easy to fool others regarding the relation we have with God.  A pious bearing, a liturgy celebrated with devout charm, a breviary open in our hands when someone enters our room–these are acquired postures, masks that we have worn so convincingly that even we come to believe that we are pious and worthy of respect…

We may even learn to disguise the petulance of old age with elegance, modulating our manners and refraining from any show of emotion that might reveal our mood.  A dispassionate spirit can also be a mask or even a shell: not only does it protect us from others, but it quells every torment within us before it can even arise.

With young people and our children, however, it is hard to fake “respectability.”  The young have a sort of sixth sense with regard to older folk.  They respect some of them and feel close to them; they treat them with affection, seek them out, and ask their advice… Some older folk, on the other hand, are ignored or scorned by the young.  Youngsters would never think of approaching them of their own accord; their respect for them is only formal.

Small children are a good countermeasure to what C.S. Lewis called attraction to the Inner Ring — the desire for advancement for the sake of advancement, the need to know that you belong to some exclusive coterie, and thus you are better than the people outside.  Children are more likely to care about your actions moment-to-moment, rather than the reputation you’ve acquired from past deeds.  It makes no difference to them that you are known to be patient, if you won’t play peekaboo with them more than once or twice (and that halfheartedly).

Pope Francis brings up these tendencies of children to argue that they can act as a metric of our kindness, love, and spiritual development, but, in my experience, they’ve also acted as a medicine.  When I get to visit my friend with the very delightful toddler, the girl isn’t entertained by any of my vices, so the time I spend with her is time I’m less tempted to indulge them.  She doesn’t care about how cleverly snide I can be and doesn’t admire me for any hard thing I can take pride in at all.  She does, however, like the voices I do while reading Llama Llama Red Pajama.

When I’m looking for ways to entertain a child, I’m more likely to read aloud, or to try to find something fun to play with in our immediate surroundings, or to rethink what could make a very good hat (an egg cup!).  There’s a reason, after all, I’m always glad to see a toddler or kindergartner on my train car; they’re quite likely to be loudly delighted at the existence of a train (“We’re on the train!”  “We’re moving again!”)  When I’m around them, I’m drawn a little more into the affect that G.K. Chesterton describes in Orthodoxy.

The thing I mean can be seen, for instance, in children, when they find some game or joke that they specially enjoy. A child kicks his legs rhythmically through excess, not absence, of life. Because children have abounding vitality, because they are in spirit fierce and free, therefore they want things repeated and unchanged. They always say, “Do it again”; and the grown-up person does it again until he is nearly dead. For grown-up people are not strong enough to exult in monotony. But perhaps God is strong enough to exult in monotony. It is possible that God says every morning, “Do it again” to the sun; and every evening, “Do it again” to the moon. It may not be automatic necessity that makes all daisies alike; it may be that God makes every daisy separately, but has never got tired of making them. It may be that He has the eternal appetite of infancy; for we have sinned and grown old, and our Father is younger than we.

This all isn’t to minimize the work and sacrifice that children require, but Chesterton and Pope Francis’s perspectives offer some pretty good reasons for childless adults like me to consider helping out our friends with children, and, by doing so, being helped ourselves. 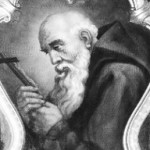 August 3, 2014
A Countervailing Saint for My Comfortable Month
Next Post 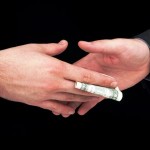 August 5, 2014 The Ethicist Endorses Omertà
Recent Comments
0 | Leave a Comment
"Oh! And you can get there via Naval Gazing.(probably not by Navel Gazing...)"
TheSparksFlyUpward Too Sucky To Be True
"Hello, Deiseach!1. This is not an ad. (It always reassures me when someone says that!! ..."
TheSparksFlyUpward Too Sucky To Be True
""Do you honestly think that a child raised by a woman has no exposure to ..."
Zorin 2012 Queer Blogathon [Index Post]
"I'd love to see a video of how it works. keranique shampoo reviews"
Marlene Garza Welcome Camels with Hammers to Patheos!
Browse Our Archives
get the latest from
Catholic
Sign up for our newsletter
POPULAR AT PATHEOS Catholic
1