Trapped by Torture in Enmity with the World 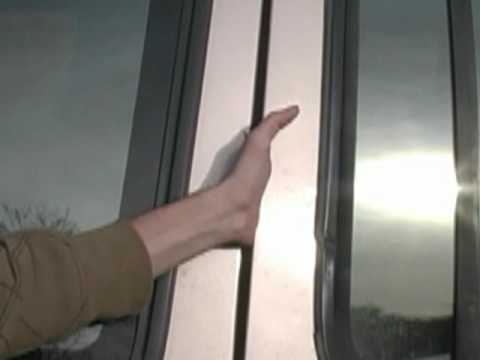 Reading over more details about the Torture Report, I was reminded of a passage I’d just read in Achilles in Vietnam: Combat Trauma and the Undoing of Character, in which Jonathan Shay tries to put his finger on just what it is that makes torture an abomination, rather than ordinary roughness or ill use:

American soldiers literally felt tortured by their Vietnamese enemy. Prolonged patrolling in Vietnam led to a decomposition of the normal, the familiar, the safe.  Every familiar item of the physical world could be made to be or to conceal an explosive by the Vietnamese, whether a shiny aluminum rice carrier, a Parker-51 fountain pen, a bicycle, a coconut, Coke cans, C-ration cans, and discarded American artillery shell casings.  The trained, safest response to be being fired on was to take cover; the Vietcong prepared some ambush sites with small boards mounted with barbed spikes, which they would conceal in the vegetation, spike side up.  When American troops dove for cover, they would impale themselves on the spikes.  In such warfare nothing is what it seems; all certainties liquify; stable truths turn into their opposites.

I see a deep similarity between the experience of the Vietnam combat soldier and the victim of torture.  Describing torture, Elaine Scarry writes,

The contents of the [torture] room, its furnishings, are converted into weapons: the most common instance of this is the bathtub that figures prominently in the reports from several countries, but it is only one among many.  Men and women being tortured describe being handcuffed in a constricted position for hours, days, and in some cases months to a chair, to a cot, to a filing cabinet, to a bed.  They describe being beaten with “family-sized soft drink bottles” or having a hand crushed with a chair, of having their heads “repeatedly banged on the edges of a refrigerator door”… The room…. is converted into a weapon, … made to demonstrate that everything is a weapon, the objects themselves, and with them the fact of civilization is annihilated: there is no wall, no window, no door, no bathtub, no refrigerator, no chair, no bed.

Torture, especially in the instances described by Shay and Scarry, sets the victim at enmity with the whole world.  There is no respite.  Everything is a weapon–one intended for you.

There must, once again, be parallel effects on the guards, who have the freedom to leave the room, but who presumably can’t open a refrigerator and take out a Coke in the way they did before.  Everything is limned with destructive purpose.

Once the world has lost its coherence, people can cling to any shred of stability, no matter how repulsive or dangerous.  The CIA seems to have wound up in this kind of cycle, as Sam Sawyer, SJ points out at The Jesuit Post:

The brutality of the program was the reason they needed to deceive those who had oversight, and this brutality had to be increased when the information obtained was deemed not “useful” enough. The CIA is now disputing the finding that the information produced was unreliable and not effective, claiming that it led to thwarting some planned attacks — in order both to defend what they did and also, implicitly, to suggest that it was then and may in the future be necessary. And this same unadmitted desire for justification of the unjustifiable is lurking in the debates over releasing the report (if they’re not guaranteed secrecy, the CIA won’t be as bold in “defense” of our “security” in the future) and over the question of legality (they were just following orders, and those orders were legally defensible).

What is perhaps most terrifying about reading this report is the idea that after only a short period of time, all of the torture, deception, and secrecy was largely in service of more torture, deception, and secrecy. And as this spiral increased, the demands for an ever more craven and culpable distortion of moral and legal reasoning increased with it.

…One of the points of this meditation is that there is a depraved coherence to the pattern of sin, just as there is to the life of virtue. Sins are never mere isolated events; they are each small steps into the kingdom of the enemy, and the graver and more protracted they are, the farther they take us into that domain.

Undoing the brutality of torture requires amends. This is a project of restoration, as much as reform. We need to reacquaint both ourselves and our victims with the world-as-it-is, before we distorted it into a weapon.

In America, that will require not only that we restore the physical instruments of torture to their natural relation to us, but that we also restore the persons whose skills were instrumentalized and weaponized until a nurse might feel as alienated from his own hands as the interrogator does from the jumper cables in her trunk.

But the casualty we have to start with are the weaponized legal memos and regimes that were twisted out of joint with justice to make these abuses possible. The torture report exposes how they’ve been warped, but is not sufficient to restore them (and, by extension, us) to wholeness. 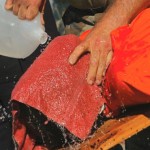 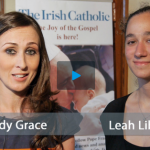 December 11, 2014 "I like to ask: What is my opponent in love with?"
Recent Comments
0 | Leave a Comment
"On that note... I recommend every Catholic and Christian have that post a read. Click ..."
Oktavian Zamoyski Effective Altruism and Caritas [Radio Readings]
"I think too many people have grandiose and unnatural ideas about charity. It becomes a ..."
Oktavian Zamoyski Effective Altruism and Caritas [Radio Readings]
"Jesus wasn’t resurrected as a great miracle simply in order to convince people to believe ..."
John The Two-Lazarus Problem
"The cartoon is amusing, but flawed. One of the four virtues of Stoicism is Justice; ..."
Vulpes Inculta 7QT: Stoicism Man, Semi-Imaginary Money, and ..."
Browse Our Archives
Related posts from Unequally Yoked