“You Shouldn’t Say That…” as a gift, not an attack

I’m at The American Conservative today, talking about the legitimacy of campaigns for civility and condemnations (not de jure censorship) of extreme and/or offensive speech:

The Case for Civility Campaigns After Charlie Hebdo

Arguing that campaigns for civility, against catcalling, against graphic sexual content in the public sphere, against “microaggressions,” differ only in degree, not in kind, from the Charlie Hebdo murders requires casting every cultural war as an exercise in annihilation.

In this schema, anyone pushing against offensive, crude, blasphemous, or otherwise objectionable material really has only one goal—the silence of the problematic speaker. Even those activists who refrain from explicit violence are, in O’Neill’s estimation, attempting to commit symbolic violence, directed toward destroying the opposition.

Activists do organize boycotts (against both products and people) and question the appropriateness of offering certain speakers your platform (refusing to amplify someone’s voice is not the same as silencing it). These tactics do make certain speech acts more costly, but they would be better met by a defense of the behavior or speech in question (which most colleges cancelling commencement speakers refused to offer) than an objection to all public condemnation as censorship.

O’Neill forgets that civility campaigners don’t just have the goal of protecting the delicate eyes and ears of the innocent. Often, activists have the good of the person giving offense in mind as well. Sometimes we offend out of ignorance of the implications of our speech, and loud opposition gives us the chance to reevaluate our actions.

This quote by Rowan Williams was a bit of a bridge too far to fit into the piece, but I figured I’d share it with you all as a little supplement to my article.  (Originally found via Wesley Hill).

Once the concreteness of another’s suffering has registered, you cannot simply use them to think with. You have to be patient with the meanings that the other is struggling to find or form for themselves. Acknowledging the experience you share is the only thing that opens up the possibility of finding a meaning that can be shared, a language to speak together…

[I]t is only here, with the renunciation of all our various ways of making suffering a weapon or a tool of ideology, that we are going to learn how to grieve properly. Of course, we just grieve anyway, ‘properly’ or not; but where does our grief take us? And what do we mourn for? If, as St. Augustine says in his Confessions, we can fail to ‘love humanly,’ then surely we can also fail to grieve humanly, to grieve without the consolation of drama, martyrdom, resentment, and projection. Are there words for grief that can make us more human, so that we mourn not just for ourselves but for those whose experience we have come to share, even for those whose moral poverty is responsible for murder and terror? 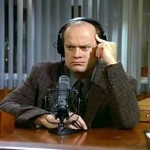 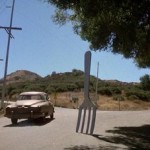 January 13, 2015 How Small a Promise Can a Vocation Be?
Recent Comments
0 | Leave a Comment
Browse Our Archives
Related posts from Unequally Yoked