The Beguine Model for the Benedict Option

After reading Laura Swan’s The Wisdom of the Beguines, I’m tempted to tell Rod Dreher that the best name for Christians trying to find ways to live in community, inspired by monasteries but outside them, is probably the Beguine Option, not the Benedict Option.

It’s hard to do too much better than this as a model for finding ways to live your faith with others, in cities, towns, or wherever you happen to find yourself:

While some lived with their parents, many beguines used their sources of income to purchase homes near the chapel or parish church where they gathered together for prayer.  These homes became known as “convents” (which is the origin of the modern term), and they were shared by two to four–or, in larger homes, up to twelve–beguines.  They usually purchased homes near each other, slowly taking over neighborhoods.  Sometimes these grew into larger complexes that became known in the Low Countries as court beguinages, because of a large beguinage’s central courtyard that all beguines living there shared.

The Beguine women didn’t make permanent commitments to their communities.  Some might stay within their beguinages until death, while others might leave to marry, or to move to another city, or to be more involved in a business or a family.  But while she stayed with her fellow beguines, they worked and worshipped together (even though they might have side business or spiritual pursuits). The last Beguine died in 2013.

There are modern day echoes of beguinages.  I’ve known people who lived in larger DC houses that had a fair amount of turnover, but kept recruiting similar kinds of roommates.  It’s just not so often that the house has a shared practice (spiritual or otherwise) that lasts pasts a few cycles of residents.  But these places could become beguinages for Christians who wanted to build them at the small, four-person scale that worked historically.

At the larger scale, when small homes accreted and merged, beguines could take on more responsibility for their sisters:

Their convents usually were comprised of anywhere from three to twenty-four women.  Many beguines preferred to live in such smaller groups, which made it easier to “move on” when new ministry or preaching opportunities emerged.  Elements of daily life in such convents were similar to life in court beguinages: gathering for prayer and celebration of mass (but at the local parish church rather than their own chapel or church), tending to business enterprises to support themselves and their ministries, and doing household tasks. Court beguinages required more of an individual beguine’s time to support basic operations of the community, which somewhat limited her available time for–and choice of–ministry.  Court beguinages were usually also supporting large numbers of indigent beguines, often known as paupercule begine, which required a commitment of the entire women’s community.

Friends invited friends to join their beguine community.  Aunts invited nieces.  Cousins invited cousins.  Rarely were total strangers invited to join–until they were known and had become friends with the beguines.  In established beguine communities, a room might become available and an invitation would be extended.  […]  A woman would be invited to live with the community on a trial basis–usually for one year–and then there would be a welcoming ceremony within the house.  If she fit in and was content with the life there, she continued to live on a trial basis with the community for another year or so.  After these initial two years, the woman–after her request to become a beguine had been accepted by the house members or the council of elders–would be invited to a clothing ceremony, accepting the attire of a beguine.

I found The Wisdom of the Beguines delightful as an introduction ot this way of living, but the author’s editorializing was sometimes a little bit much.  She sometimes seemed to build up the beguines in order to shame the rest of the church for not resembling them.  And she was quick to assume that all struggles between individual beguines and clerical authorities were solely about power, when some beguines did actually preach heretical ideas.

But, on the plus side for aspiring modern beguines, if a group of friends and I had a house with a prayer rule, we’d be in very little danger of attracting the kind of fascination and attention that put odd external pressures on some beguinages.  No one would come over to watch us pray, much less start a personality cult centered on our apartment.  If our modern-day beguinage fell apart, it would be due to internal tensions (not a trivial possibility) not external reverence. 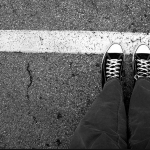 If You're Angry About the Looting...
Steel Magnificat
Related posts from Unequally Yoked