I got to hear Rod Dreher and Ken Myers (of the Mars Hill Audio Journal) discuss the Benedict Option this weekend at the Tocqueville Forum.  At least 200 people turned out, so, when it came time for questions, I wanted to make sure to ask something that would help us all do something in the near term (rather than rely on Rod to make another visit to draw us all together again).

I asked both speakers what they would recommend that people in the audience do now (either this week, or, if possible, this afternoon) that could be a good first step toward future BenOp projects, but also just good in itself.  (To preclude the temptation that I’m vulnerable to, too, I specified the action shouldn’t be “Read [X]”).  Between the two of them, they came up with:

I liked all of these, and 1 and 3 are ones that I do.  They’re nice because they’re the start of a habit, but don’t require an extraordinary effort to begin.

My prayer rule, in case you’re wondering, is Morning and Evening Office, but it’s a little less stable than I’d like at present.  I’ve pegged it to commutes before, but my working schedule doesn’t allow it, so there’s more ad hoc fitting it in (or missing it!) than I’d like.

A prayer rule touches on some of the stability/institutional character of the Benedict Option.  It doesn’t technically involve others, but it could if it’s the kind of thing you can invite others into.  For families, this is a little more straightforward, but people with housemates can see if others are interested, and I’ve asked others to join me for my Evening Prayer practice at the end of alumni debates, on the way home from bars with friends, etc.  Having a regular practice helps keep me on track, and also gives me something to be hospitable with.

Choosing a prayer rule is the kind of challenge that can be derailed by the desire to get it right, and therefore put off beginning.  In general, I think it makes sense to start with something (maybe even this evening, if you have a candidate in mind) and to revise as you go, if needed.  And it’s a good idea to pick something you are pretty sure you can do, even if it means you’re picking something that feels too small (an Anima Christi when you wake up and before bed?)

I figure that I’ll do a better job of reflecting on my prayer life when I’m actually praying, because I have more opportunities to be attentive to God working in my life.  It’s a relationship, and I can’t do much if I’m pushing the other person out until I come up with a solution in isolation. So I’d say just start somewhere, and assume you’re picking something flawed, but that you’ll work it out as you go.   To crib from Company, “It’s much better living it than looking at it.”

But that process of revising/discernment can be pretty stressful and self-conscious.  It’s often hard for me to know whether something I’m trying isn’t working out and I should move on or whether I should try to change myself to fit the practice.  I noticed that both Rod and Ken referenced spiritual directors, and it’s harder to pick up a prayer rule (or find your way into ascetic practices–which they also recommended) without one.

Eve Tushnet calls this the danger of “self abboting.”

I talk about one part of this problem a little bit in the book, in the section on accountability. Lack of accountability was/is one of my own biggest struggles as a celibate layperson. It played a serious role in my drinking problem–there was nobody to come home to, there was a possibility of privacy which was tempting and damaging. I think this is one reason that starting spiritual direction was so foundational to my recovery and eventual sobriety. I basically went out and got myself an abbot.

One reason I’m so high on the idea of people living with their parents/families of origin, or in a family household, is that it allows laypeople to be one another’s abbots, to guide and watch over one another. It requires adherence to rules, sometimes-sacrificial consideration of others’ needs, and a surrender of one’s own comfort, preferences, and autonomy. Intentional community living, which gets a nice chapter in the book, is another way to attain some of the spiritual benefits of monastic life.

In the absence of an abbot of my own, my approach tends to be a bit Miss Frizzle-ish: “Take chances, make mistakes, get messy!”  I’m willing to try a lot of small scale, temporary things and try to figure out what might be helpful, rather than try to plan out a really good idea and then commit.  It helps a lot to be able to reach out to friends and learn from their experience and their knowledge of me (which can be more clear-eyed than my self knowledge).

So, maybe the best thing to do today is to try out some kind of regular prayer (if you don’t already) and to invite a friend to dinner in two weeks to catch up and kibbitz about what you’re trying. 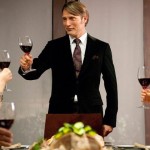 October 13, 2015 The Pitiful Princedom of Hannibal
Recent Comments
0 | Leave a Comment
Browse Our Archives
get the latest from
Catholic
Sign up for our newsletter
POPULAR AT PATHEOS Catholic
1