Stats & Chat about the primaries with In The Arena

Stats & Chat about the primaries with In The Arena March 10, 2016 Leah Libresco

Last week, I was a guest on In The Arena to talk about the aftermath of Super Tuesday and to look ahead to Second Super Tuesday.  (Is that what we’ve agreed to call it? Has anyone reached out to Merry and Pippin for comment?).  You can check out my segment (and my stats) below.

And although I can’t fault you for being a little tired of takes on the election (and the electorate) I want to strongly recommend Ivan Plis’s examination of evangelical support for Trump for National Interest.

There’s the creeping crack-up of working-class institutions again. As Charles Murray has written, the subset of self-professed “religious” U.S. whites that is least affected by declining church attendance trends is educated and wealthy, seemingly in contradiction of every stereotype about class and religion. The loss of social capital that accompanies detachment from a cohesive church community has very real material costs, and lower-class white communities are far less equipped to withstand it than those who are rich and unchurched.

Read more at the National Interest… 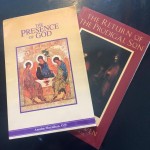 March 11, 2016 7QT: Making swords, long eggs, and "curatorially unsound" decisions
Recent Comments
0 | Leave a Comment
"Jesus wasn’t resurrected as a great miracle simply in order to convince people to believe ..."
John The Two-Lazarus Problem
"The cartoon is amusing, but flawed. One of the four virtues of Stoicism is Justice; ..."
Vulpes Inculta 7QT: Stoicism Man, Semi-Imaginary Money, and ..."
"Do You Know what isn't Fair? Calling Atheism a Religion. Or saying Dawkins is a ..."
skwills Who Gets to Give the Courtier’s ..."
"Oh! And you can get there via Naval Gazing.(probably not by Navel Gazing...)"
TheSparksFlyUpward Too Sucky To Be True
Browse Our Archives
get the latest from
Catholic
Sign up for our newsletter
POPULAR AT PATHEOS Catholic
1