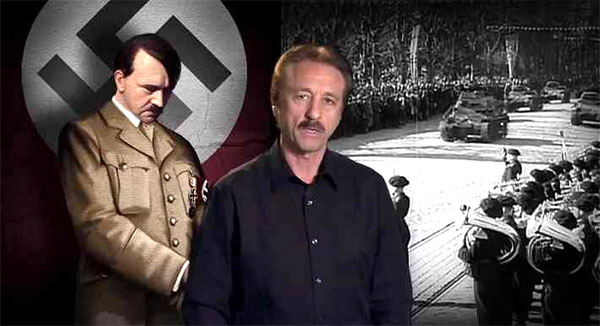 A very good and sweet friend sent me the 33-minute video below, and asked my opinion of it. In its first five minutes, a man named Ray Comfort says that he’s a Jew, and starts interviewing people about Hitler and the Holocaust. My friend knows that I am an (actual) Jewish writer with a strong interest in history, politics and education. So, hopefully that explains why it took me each of the steps you see below, and a good ten minutes, to realize the awful point and comparison Comfort tries to make with this film.

I’d love to hear how others’ reactions to this film compare to mine. If you don’t have time to watch it, consider these your crib notes. I now present to you an extremely abridged version of how Ray Comfort proceeds to elicit (read: manipulate) the responses he wants from his person-on-the-street interviews. My reaction to each step along the way is in parentheses.

Step 1
Ray Comfort: Ever heard of Hitler/the Holocaust?
Person on the street: Nope.
(Me: horrified this stuff is not apparently being taught in schools and/or remembered.)

Step 2
Ray Comfort: Ever heard of Hitler/the Holocaust?
Person on the street:  Yeah, he was the the leader of Germany who started WWII and killed a bunch of Jews, right?
(Me: Oh, for the love of all that is holy, tell me there is, after all, a glimmer of hope for our educational system.)

Step 3
Ray Comfort: Hitler had his armies dig ditches and shoot Jews into them and fill up the ditches with dirt. Some of those people were still alive. If a German officer had his gun pointed at your head, would you drive the bulldozer that filled up those ditches? Keep in mind, you’d be killing those Jews who were still alive.
Persons on the street: Varied answers: some yes (most tinged with guilt, but admitting it was only because their LIFE WAS IN DANGER) and some no.  Some would rather take a bullet than drive that bulldozer. Also interviewed are token neo-Nazis who idolize Hitler: scary, not to be ignored, but mostly aberrations. But why did Comfort give them any airtime at all?
(Me: Very tough question. Deep and wrenching ethical issues. Impossible to know what I’d do.)

Step 4
Ray Comfort: If you had Hitler in the crosshairs, would you shoot, preventing the killing of millions of innocents?
Persons on the street:  Yes. (Unanimously)
(Me:  well, that’s an easy one…)

Step 5
Ray Comfort: If you went back further, thirty-odd years, and you saw Hitler’s mother when she was pregnant with him, would you kill her?
Persons on the street: Some yes; some no.
(Me: Gee, I wonder where he’s going with this?)

Step 6
Ray Comfort: So, you value human life?
Persons on street: Yes
(Me: Ah. Now I know where he’s going: he’s comparing doctors who perform abortions to Hitler, and people who are pro-choice—people like me!—to German standers-by during WWII. Abortion. This video is about abortion.)

Step 7
Ray Comfort: How do you feel about abortion?
Persons on street: Variety of answers, from “I don’t know,” to “I’m Pro-Life, but I would never judge anyone else because each situation is different,” to “Hellz, yeah, it should be legal…”
(Me: At least many interviewed are trying to acknowledge the complexity of the different situations in which a woman might seek out an abortion… .)

Step 8
Ray Comfort: At what point in the womb does the fetus become a life?
Persons on the street: Variety of answers, from “I don’t know” to “three months in.”
(Me: Difficult question, I’m pro-choice, and I have a very hard time with this one.)

Step 9
Ray Comfort: Finish this sentence: “It’s okay to kill a baby in the womb when…”
Persons on the street:  Most are taken aback, but the answers range from “Never,” to “When the mother can’t take care of it,” to, “When it results from something that should never have happened.”
Ray Comfort: (follow-up): Why kill the baby for the crime of the father? What justifies killing a baby in the womb? Why advocate killing children in the womb?
(Me: Whoa. Hold it. Something’s not right here; many things are not right with this exchange.  I’ll be taking a second look at this when the film is over.)

Step 11
Ray Comfort: Have you changed your mind about abortion? Would you vote for someone who supported abortion?
Persons on the street: Yes!  No!
(Me: Oy.)

Step 12
Ray Comfort: Here Ray asks all sorts of questions about believing in God, heaven, hell, the ten commandments, Jesus dying for everyone’s sins—and how all we have to do to be cleansed of our sins is accept Jesus as our savior. Then we can get into heaven.
Persons on street: Cool!
(Me: Wait. Didn’t this guy say in the second sentence of the video that he was Jewish? Did he just forget to make air-quotes around the word “Jewish”?)

Still, I had to think hard about where Comfort twists the argument, and watch the video again—some parts of it several times. I knew his reasoning had somewhere twisted way off course—but where, exactly? Was it in Step 10, when he equates declaring Jews “non-human” with declaring fetuses “non-human”? Jews with years of life ahead of them, years of life behind them—people with jobs, educations, families, relationships and ties to this world—equated to non-viable fetuses? This, to me, is a warped comparison at best, and at worst the height of intellectual dishonesty.

But no, the problem with Comfort’s reasoning definitely came before that.

Was it in Step 9, when he asks people finish the sentence “It’s okay to kill a baby in the womb when…”?  What he is there implying (apart from equating a fetus to a baby), and trying to get others to imply, is that if an abortion is performed, both the doctor and the mother think it’s okay! That it’s just fine—rather than the lesser of two potentially painful and horrible choices, either of which have deep and lasting consequences.

Was it in Step 9 again, when Comfort challenges the few who dare to suggest that in cases of rape or incest abortion might be acceptable? When he aggressively fires back at them questions like, “Why should the baby pay for the sins of the father?” Because in none of what he says—none: he never once mentions it—is any consideration given to the impact being forced to have a baby might have on the mother in such a situation. Is she worthy of none of our concern? There is not even a mention of what’s permissible when a mother’s life is in danger. This fascinated me, because when Comfort asked people to finish that loaded question (“It’s okay to kill a baby in the womb when…”), I kept waiting for someone to answer “When the mother’s life is in danger as a result of the pregnancy.” But no one said that. Or, if anyone did, it ended up on the cutting room floor.

So here’s the thing. Remember Step 3, when Comfort asked people if, during the Holocaust, they would have filled in that ditch with dirt—even if some Jews were still alive in it? We hear several of the respondents say, “I don’t know,” and  “If I did, it would only be because my life was in danger.” The strange thing there was that Comfort seemed perfectly okay with that answer. He didn’t go after anyone then in defense of those still-alive Jews, the way he did in Step 9, when he jumped to the defense of the fetus against those who suggested there might be situations when abortions were permissible.

Maybe. But certainly to assert so would be to twist the man’s words. And no decent, self-respecting person would ever purposefully twist the words of another, right? 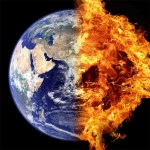 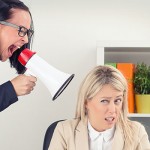 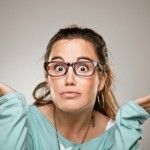