To Pro-Lifers Who Believe Adoption is Always the Answer 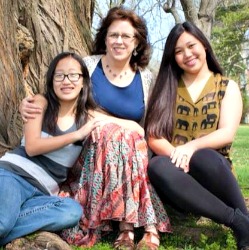 A couple of posts back, Unfundamentalist Christian Aliza Worthington (who is so unfundamentally Christian that she is, in fact, Jewish), recently published here An Open Letter to Pro-Lifers, in which she shared the basis for her conviction that if she became pregnant the choices facing her should be hers and hers alone. The core of her argument was this:

Can you [advocates in the Pro-Life movement] honestly say that you believe that you are in a better position than I to determine what is best for me and my entire family?

In response to Aliza’s post, one Bryan Baise, “a passionate and convictional pro-lifer” who writes for The Council on Biblical Manhood and Womanhood, wrote An Open Letter to a Pro-Choicer. Mr. Baise’s message to Aliza was that, if ever again she got pregnant, she should remember that she can always put her baby for adoption—that, in fact, he would adopt the child:

In response to Baises’ answer to Aliza, Unfundamentalist Christian Mindy Carney (she’s the copy editor of our blog here) emailed to Mr. Baise the letter below. (She would have published it as a comment/response to his post, but The Council on Biblical Manhood and Womanhood doesn’t allow for comments to its articles.) After Ms. Carney shared her letter with the admin group of UC’s Facebook page, we decided to share it here. It is:

I am the adoptive mother of two teenage girls. [That’s Mindy and her daughters above.] Both were adopted as infants; both are amazing, wonderful people. One of them has suffered great heartbreak over the years, due to her losses and all that she went through.

My best friend is an adoptee, adopted as an infant in the early 1950s. Another very close friend is a birthmother who relinquished her newborn daughter when she was twenty and recently reunited with her, twenty-six years later. In the intervening years, my friend never had any more children. And she’d have made a wonderful mother.

I have been active in adoption communities and advocacy for over fifteen years. And I want to address your belief that adoption, rather than abortion, should be the answer to any unplanned, unwanted pregnancy.

I deeply admire my friend who relinquished her daughter for bringing that child into the world. I know that daughter brought her mom and dad great joy – and still does. And now that she and my friend have been reunited, I see my friend whole, for the first time in over a quarter-century. Her entire life, basically, had revolved around being the biological mother of a person she didn’t know. She doesn’t regret the choice she made.  But what she did, and what she’s gone through, is not something every woman is capable of doing, or should put herself through.

As I’ve said to many people, Bryan: If you truly believe that adoption is the answer for children without parents, then by all means, adopt a child already born who wants for a family. There are hundreds of thousands of such children already living on this earth, Bryan, many languishing in foster care throughout this country. They are good kids who desperately need families. Most people won’t adopt them, though, because they’re not infants. They might have “issues” of some sort, you know, being in foster care and all (most don’t, actually). Most prospective adoptive parents want healthy, white newborns. Even those willing to parent a child of color want a newborn.

And I get that, of course. My girls weren’t newborns, but one was a baby, the other a young toddler. I wanted to be a part of their lives from as near the beginning as possible, yes.  But I didn’t want any woman to endure a pregnancy that she didn’t want so that I could have a newborn. My babies were already here, living in orphanages and needing a family.

Why would you expect a woman to endure a pregnancy against her will, when too many kids who have already been born need families?

Also, being a birthmother is about a lot more than nine months—and about a lot more than, as you put it, “a few extra naps.” Women do actually die from complications of pregnancy and/or childbirth, it can cause lifelong physical changes, and the emotional toll it takes to relinquish one’s baby is too great for some people—both men and women—to bear. Making an adoption plan, or being adopted, is hardly a simple, one-size-fits-all solution.

I have talked with adoptees who, earlier in their lives, wished they had never been born, so damaged were they by being relinquished or abandoned before being adopted into a family that did not nurture the hurt parts of their souls, that did not care to know who the child they adopted really was. I know adoptees who shed their adoptive families as soon as they became adults, because they never felt like they fit in with them. They hated having been forced into a religion in which they never believed; they hated growing up without diversity of any kind; they hated not knowing anything about their birth culture or family; they felt as if they could never be “grateful” enough to satisfy their adoptive families. There are so many reasons for which adoption ultimately proves difficult for the adoptees. I know many adoptees who are happy and dearly love their adoptive parents, and by them are loved beyond measure—but who nonetheless have never felt whole.

None of this is anyone’s fault, and all of it can be overcome. But all of it is hard.

Were either of them to get pregnant, I absolutely would not recommend abortion to my daughters. I’d offer to help in any way I could so that she could parent her child. But I would not force either one to remain pregnant if that is not what she wanted. I have one daughter whose heartbreak over being left by her birthmother has never healed. She’s an amazing young woman, and we are very close, but I ache for the hurt with which she lives every day. My other daughter, also an amazing kid, has a more “live in the moment” personality, and while she’ll talk about it with me if I ask, she doesn’t dwell on her loss in the way her sister does. My girls’ temperaments are different; they process differently. No two humans are the same, Bryan, and for that reason alone we can’t take away any woman’s right to make the choice that she knows is best for her individual circumstances.

One of my daughters, for instance, is going off to prepare for medical school. Were she to get unexpectedly pregnant at a time that would preclude her finishing the education that she has been planning for herself since she was literally three years old, I wouldn’t blame her for terminating the pregnancy. Unlikely as it is that she would make that choice, I’d respect it if she did. Because ultimately it must be her choice. She plans to be a pediatric surgeon. She wants to spend her life performing life-saving surgeries on children, many of whom are either living in orphanages or too poor to afford care. She will likely save the lives of wee ones already living and in dire need. How could I—how could you, how could anyone—put an unwanted zygote above all the good in the world that my daughter is likely to do?

If a pregnant woman chooses to give birth and relinquish her child for adoption, I honor her noble decision. But it is absolutely wrong to suggest that it is the duty of a pregnant woman who doesn’t want to carry her child to term to have her baby anyway so that she can relinquish it for adoption. There are already enough of God’s children on this earth who need a family. If you want to adopt one or more such children, by all means do. But don’t enjoin a pregnant woman to grow her zygote or embryo into a newborn for you.

And mostly, please, understand that these concerns are never simple, never cut-and-dried. Please do not ever assume that you understand more than you possibly could about the pregnancy of any woman—and especially about a woman you’ve never even met. The only person in a position to understand everything about a woman’s pregnancy is the pregnant woman herself. So she, and she alone, must have the final say about her pregnancy. And it is only right and just that her decision be legally protected.

I believe that you mean well, Bryan, and I send you this with respect. But I also send it with a plea that you open your heart to a world that is bigger than your corner of it.

Mindy Carney
Carney’s primary purpose in life is raising her two daughters to adulthood — but they’re almost there! As her first flies the nest this fall, she’ll continue to focus on her various other careers: editor, teaching assistant and jewelry maker. Misused apostrophes are liable to find themselves retooled as cool earrings, so look out. Mindy finds herself on a lifelong spiritual journey, and feels blessed to have found the vibrant, loving and intelligent community at Unfundamentalist Christians. 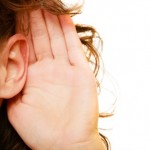 July 29, 2013
What Non-Christians Want Christians To Hear
Next Post

August 6, 2013 “I lived 30 years alone”: A Christian lesbian grandmother tells her story
Recent Comments
896 Comments | Leave a Comment
"6 Bible results for "be kind":2 Chronicles 10:7They replied, “If you will be kind to ..."
Jim E Jones Seven ways Christians blow it
"Uh...no?"
Tiny J Seven ways Christians blow it
"GOd came to save us from eternal separation from God by dying on a cross?Do ..."
Bones Did Jesus speak more about Hell ..."
"Eternal separation from God"
SPH Did Jesus speak more about Hell ..."
Browse Our Archives
Related posts from Unfundamentalist Christians