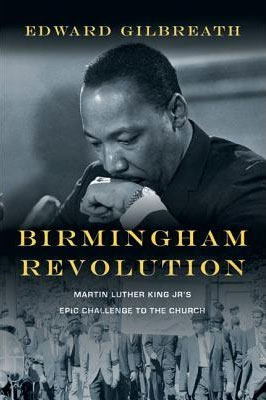 “Race, as both a social construct and a visible reality, is the gigantic elephant in the American living room that some insist will disappear if only we would just ignore it.” So says Edward Gilbreath in the opening pages of his book “Birmingham Revolution: Martin Luther King Jr.’s Epic Challenge to the Church” (InterVarsity Press).

Gilbreath goes on to explore the history of the civil rights movement, Martin Luther King Jr.’s pivotal role in that movement and the ongoing challenges that America still faces regarding race. Through the lens of King’s “Letter from a Birmingham Jail,” Gilbreath offers an extended reflection on where we’ve come from and where we still have to go in terms of race and the church.

In his Birmingham letter, King opined:

But the judgment of God is upon the church as never before. If today’s church does not recapture the sacrificial spirit of the early church, it will lose its authenticity, forfeit the loyalty of millions, and be dismissed as an irrelevant social club with no meaning for the twentieth century. Every day I meet young people whose disappointment with the church has turned into outright disgust.

Those timeless words offer a challenge that many responded to in 1963, but has all too often been ignored by today’s Christians. Gilbreath wrestles with that loss, interacting with present-day civil rights and church leaders and examining the challenges we have overcome and the lessons that history can teach us.

“Birmingham Revolution” isn’t a book of dry, irrelevant history, it’s a book about the present. It’s hopeful, yet realistic, offering principles for how we might continue to move forward toward the completion of Dr. King’s dream. Whether or not the church can live up to King’s challenge remains to be seen — Gilbreath sees many parallels between our situation today and that of the 50s:

When Martin Luther King Jr. arrived on the national scene in the late 1950s, America was at a point somewhat similar to where we are today in regard to race: though there had been significant political breakthroughs that signaled racial progress (e.g., Brown v. the Board of Education then, the election of President Barack Obama today), the reality on the ground was a completely different story. In both cases, people of color risked offending white people if they dared broach the subject of race. (10-11)

How many of us have actually read Dr. King’s “Letter From a Birmingham Jail”?

How many of us would rather ignore the persistence race issues that plague the church?

How many of us feel uncomfortable even discussing issues of race?

Gilbreath closes the book with these words:

King’s words in the Birmingham letter represented a transcription of his life message–the narrative that he not only spoke but was attempting to live. It was a narrative of peace, reconciliation and justice. Through prayer, study and reflection, King was able to tell his story compellingly when the time arrived because his letter was his life. (169)

Will we only speak the right words, or will we take up the challenge that Dr. King posed and live out the love, equality and justice that Christians are called to?

February 6, 2014
Did the Ham/Nye debate really happen?
Next Post 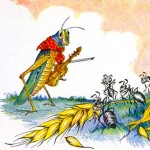 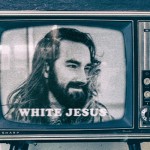