There is perhaps no greater irony in Christendom just now than fundamentalist Christians’ new and oft-repeated assertions that prayer is merely cultural or ceremonial, that Christians must not proselytize, and that their own religion should never be pressed upon the unwilling masses.

Oh, that doesn’t sound like the fundamentalist Christianity we have all so often witnessed and experienced? It sounds decidedly opposite of the ideologies for which Christian fundamentalists are so well known?

Well, that is precisely what is now routinely being argued by the legal teams representing conservative Christians who are fighting to “reclaim America for Christ,” or “take America back” or who lament “kicking God out of our schools,” etc., etc.

That’s just how it was rationalized in Monday’s Supreme Court case allowing prayers before city council meetings in Greece, N.Y., a decision hailed by the American Family Association as a victory for “religious liberty.” And what exactly was the majority opinion in this case? That it is okay for city council meetings to start with prayer, even prayer of a decidedly Christian stripe – and that if the town is going to invite a clergyperson in to pray in the first place, it cannot then censor that person’s prayer.

But like virtually all modern cases of this nature involving public prayer, the prayers before council meetings are restricted to being purely “ceremonial.” Writing for the majority, Justice Anthony Kennedy stipulates, no less than three times, that if the prayers go beyond this “brief, ceremonial” purpose, and are used to “denigrate” other religions or to proselytize, then such a case would likely represent a constitutional violation:

If the course and practice over time shows that the invocations denigrate nonbelievers or religious minorities, threaten damnation, or preach conversion, many present may consider the prayer to fall short of the desire to elevate the purpose of the occasion and to unite lawmakers in their common effort.

The only real issue in this case, then, is whether the New York town of Greece should have to actively pursue clergy outside of Christian denominations (even though their town apparently lacks any such clergy), or whether they can merely use the same roster of Christian speakers they have in the past.

So what does this ruling actually amount to? Despite the victorious crowing among conservative Christians, not much. Like the prayers themselves, this victory is merely a ceremonial one. Yet to hear some talk of it, you would think the fate of all Christendom rests on cases like these.

It’s bizarre, if you think about it: conservative, evangelical Christians eager to argue that prayer is nothing but ceremonial—that they themselves have no compulsion to evangelize, or proselytize, or preach damnation of those outside of the salvation of Jesus Christ. That they’ve completely changed their minds about all of those things sounds good to me—but then I’m the type that fundamentalist Christians are constantly calling names like heretic and apostate. But if they’re okay with watering down their own Christianity when it is politicized for partisan games, who am I to complain?

No less a conservative commentator than (the increasingly reasonable) Cal Thomas had this to say of the court case:

What do these public prayers accomplish? How does tossing in minority faiths advance a kingdom Christians believe their Leader taught is ‘not of this world’? If individual members of the Greece, N.Y. town board, or any other legislative body, wish to pray silently to their God before their meetings, no law or court decision prohibits them from doing so. Why would God be more impressed and more likely to respond to a public prayer than to a private one? 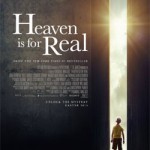 May 9, 2014 The (surprisingly!) profound theology of "Heaven Is For Real"
Recent Comments
4 Comments | Leave a Comment
Browse Our Archives
Related posts from Unfundamentalist Christians