When is the Southern Baptist Convention a cult?

Not much that comes out of the Southern Baptist Convention (SBC) shocks me anymore. As a resident of the south for 15 years, I witnessed the enforced hegemony [leadership or dominance, esp. by one country or social group over others–ed]: of the Southern Baptists, and on a number of occasions was targeted by its leaders.

So it was with little surprise that I read the two biggest news items to come out of this week’s SBC convention: a resolution condemning transgender people, and the election of a new SBC president, Dr. Ronnie Floyd of Springdale, Ark (above).

I’m familiar with Floyd, the head of a series of mega-churches, schools, and related venues in Northwest Arkansas, where I used to work as a journalist. Once, when I took it upon myself to write a column pointing out the myriad factual problems (which amounted to unbridled Islamophobia) in a series of Floyd’s televised sermons on Islam immediately after 9/11, I was met with literally hundreds of letters from Floyd’s fundie flock, each assuring me that I was going to hell, and that their pastor “spoke nothing but the truth,” and “only the Word of God.” Indeed, at the time, lest anyone doubt the authority of his words, Floyd’s lectern was emblazoned with “Word of God” in large letters across the front.

Floyd is the author of the 2004 book The Gay Agenda, an almost wildly paranoiac screed in which, for starters, Floyd: accuses other clergy of blasphemy for taking a different stance from his on homosexuality, approvingly quotes James Dobson saying that gay and lesbians have as their goal “the destruction of the family,” and suggests that America, like Greek and Rome before it, is headed for collapse because of its increasing tolerance of same-sex relationships—since, as Floyd boldly states, “No culture in history that has embraced homosexuality has long survived.”

One wonders how Floyd defines “long.” If, as he certainly seems to be, he is arguing that the Romans “embraced homosexuality,” what does he make of the Roman Empire lasting 1,200 years? If that’s not long, what is?

But why let facts or history stand in your way when you’ve got important things like this to write in your book:

[Tolerance for homosexuality] has come on us like a hurricane. I’m not sure how it came upon the ancient Greeks and Romans, but I am sure that the end result will be the same for us as it was for them.

That the SBC elected Ronnie Floyd to represent it is hardly a miracle. For decades now the Southern Baptists have been steadfastly embracing positions that are completely at odds with not only the vast majority of Americans, but also with any and all science, history, or scholarship that in any way contradicts their religio-social orthodoxies. And since most of them constantly do, that’s a problem for the SBC.

Nothing the SBC ever does counters its apparently determined slide into insularity. For a long while now they have only appealed, and only tried to appeal, to their own universities, seminaries, and scholarship (meaning they now almost exclusively publish scholarly or academic papers outside of the peer-review process that is standard in mainstream academic publishing).

Increasingly the ideologies that the SBC has chosen to assert and follow isolate them from the rest of society.

This is what makes me wonder if the SBC, despite its size, is currently transitioning from religion to cult. Obviously, the difference between the two is subjective. But a fundamental definer of a cult is its unrelenting attempt to isolate its members from outside influences and ideas, and to constantly beat the drum that all outside of their own circle are to be shunned, rejected, and feared.

The SBC excels at promulgating this “us vs. them” mindset. In another of Floyd’s sermons that I once witnessed he sternly warned his followers about associating with people who don’t believe the way they do. “Run the race for Christ,” he said, “and make sure everyone around you is doing the same. If they are not, they will kidnap you away from God!”

The SBC’s transgender resolution follows the same tack as Floyd’s Gay Agenda and Islamophobic sermons. It openly frets that Baptists will have to “guard our religious liberty,” and throughout presents a hand-wringing view of an outside world that is on the precipice of rejecting wholesale its treasured and (needless to say) inflexible positions on sex and gender.

If the SBC didn’t command so much money and influence in certain parts of the country, I’d be content to let them form their own little compounds while the rest of us skip merrily into the 21st century. But alas, what the SBC thinks does matter–for now. Yet it seems clear that its influence and dominance has already begun to wane, and the stances it continues to take will only aid in its slide to irrelevance.

And a hearty hallelujah to that. 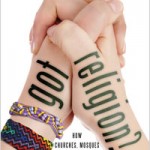