Atheist and Christian argue about hell. Guess who wins? 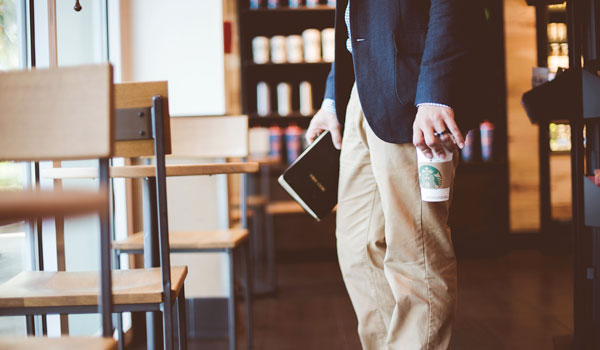 (While sitting at Starbucks yesterday I overheard the following conversation between two men I’ll call Christian and Tom. Christian was trying to evangelize to Tom.)

Tom: But what you’re saying simply doesn’t make any sense.

Tom: That if I don’t believe in the reality of the same God that you just told me loves me, then that God will condemn me to hell for all eternity. How could God love me and do that to me?

Christian: Because God loves you enough to let you decide your own fate.

Tom: But that doesn’t change the fact that if I choose to not believe in God, God could, if he wanted, still not send me to hell. He could commute my sentence. He could forgive me for the mistaken choice I made. God has that power, right? Because he’s all-powerful?

Christian: God can do anything.

Tom: Which means he can certainly choose not to send me to hell. And that can only mean that if I do end up in hell, it was God’s will that made that happen. Ultimately God wanted me in hell—so that’s where I ended up. God actively chose hell for me.

Christian: You chose hell for yourself by refusing to accept Jesus Christ as your lord and savior.

Tom: That I made that mistake doesn’t alter the fact that God has chosen to punish me for that mistake by forcing me to spend eternity being physically tortured. And anyone who would choose for me to suffer horribly throughout eternity as punishment for doing nothing more egregious than using the mind he gave me cannot possibly love me. Under no definition of the word would doing anything so unconscionable qualify as love.

Tom: Really? That’s justice? I’ve got the little tiny span of my lifetime to try to figure out a whole bunch of stuff about God and man, and, with the extremely limited range of information available to me in the course of that time, I decide incorrectly—I guess that there’s not a God, or I decide that I just can’t be sure either way, or I choose to believe in a different God than the one prescribed for me by Christianity—and, as punishment for that mistake, God decides to condemn me to spending the rest of forever having the living flesh seared off my bones? And you’re comfortable calling that justice? That doesn’t strike you as … oh, I don’t know … excessively punitive? Like the kind of unbelievably cruel thing you might expect from a cruel, petty, ego-maniacal dictator, rather than from a God of love?

Christian: Hell is just God’s judgment upon the sinner who refuses to accept his love.

Tom: You’ve got to understand that you’re using words to mean what they don’t actually mean at all. In fact, you’re using words to mean the exact opposite of what they mean. You don’t choose an eternity of torture for someone you love. And if you do choose that for someone for the reason you’re saying your God does choose that for people, that is not justice. That’s injustice. Look: After I’m dead, God either has the power to send me to heaven instead of hell, or he doesn’t. If he doesn’t have that power, then he’s too weak to matter. If he does have the power to send me to heaven instead of hell, and he wills me to go to hell, then he is without compassion–or at the very least he certainly doesn’t love me. But those are the only two choices. By your own definition, God is either not all-powerful, or not all-loving. But he can’t be all-powerful and all loving, if I—a nice guy, a loving guy, a guy who gives to charities and actually does help people in the world—can end up in hell. It just doesn’t make sense. I can’t love somebody and shoot them in the head because they refuse to answer my phone calls.

Christian: You’re looking for rational explanations for mysteries that only God comprehends.

Tom: Oh, that’s so typical. Whenever Christians run into a simple logical inconsistency that cuts directly to the viability of their entire belief system, they resort to the only “argument” left to them—which is that we inferior sinners, who are so pathetic that we think it’s a good idea to use our rational minds to help us understand things that don’t seem to make sense, can’t possibly begin to fathom God’s “mysterious ways.” At the slightest challenge, Christians like you absolutely abandon logic. It’s ridiculous—and at best should be embarrassing to you. If you can’t explain the simplest, most obvious, most terrible contradiction in the qualities you say your God possesses–much less in the primary quality you say he possesses, which is his love for all mankind–then how in the world do you expect anyone but a sheer moron to take you or your religion seriously?

Christian: God bless you, man. I fear for your soul.

Tom: I’ll let slide all the repelling, presumptive arrogance inherent in that statement. But I will tell you this: I fear for your mind. Later. 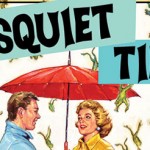 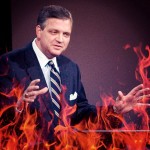 November 1, 2014 What the hell is Southern Baptist leader Al Mohler fired up about now?
Recent Comments
0 | Leave a Comment
"6 Bible results for "be kind":2 Chronicles 10:7They replied, “If you will be kind to ..."
Jim E Jones Seven ways Christians blow it
"Uh...no?"
Tiny J Seven ways Christians blow it
"GOd came to save us from eternal separation from God by dying on a cross?Do ..."
Bones Did Jesus speak more about Hell ..."
"Eternal separation from God"
SPH Did Jesus speak more about Hell ..."
Browse Our Archives
get the latest from
Progressive Christian
Sign up for our newsletter
POPULAR AT PATHEOS Progressive Christian
1

What's Going To Happen to the...
Clint Schnekloth
Related posts from Unfundamentalist Christians