Did Jesus speak more about Hell than about Heaven? 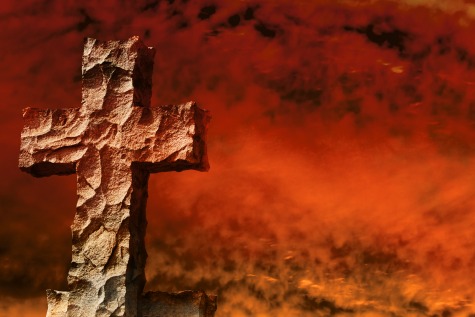 According to some well-known pastors, Jesus’ teachings are primarily about fire and brimstone. For example:

“… he [Jesus] himself speaks twice as often of hell as of heaven.”
— D.A. Carson, Jesus’ Sermon on the Mount and His Confrontation with the World

“He [Jesus] spoke more often about hell than he did about heaven. We cannot get around this fact.”
— Leon Morris, “The Dreadful Harvest,” Christianity Today, May 27, 1991

“Jesus talked more about hell than He did about heaven in order to warn men of its reality.”
— John MacArthur, “The Ultimate Religious Decision”

“Obviously I do believe in hell. Jesus spoke more about hell than heaven.”
— Rick Warren, interview with John Piper

“Jesus said more about hell than about any other topic. Amazingly, 13 percent of his sayings are about hell and judgment …”
— Mark Driscoll, “6 Questions on Hell”

“Of the 1,850 verses in the New Testament that record Jesus’ words, 13 percent of them deal with the subject of eternal judgment and hell. In fact, Jesus spoke more frequently about hell than He did about heaven.”
— Robert Jeffress, How Can I Know?

Those are some very bold and very specific quantitative assessments of Jesus’ message. But are they true?

By my count[1] (with the help of some BibleWorks magic), there are 1,944 verses in the four gospels that contain Jesus’ words.

Surprisingly,  only about 60 of those verses–or an unwhopping three percent of them—might be construed as either directly or indirectly referring to hell.

On the other hand, there are more than three times as many verses in the gospels in which Jesus references heaven, eternal life, or his coming kingdom: 192 verses in all, or almost 10%.

So Jesus did not, in fact, speak more about hell than heaven. But many people who should know better still seem hell-bent on insisting that He did.

How do they arrive at a conclusion so contrary to the facts? By reading hell into any and every possible passage in the Bible.

D.A. Carson, for example, who is one of the first purveyors of the “Jesus talked more about hell than heaven” myth, finds hell in the story of the wise and foolish builders (Matthew 7:24-27). In the words “The rain fell, and the floods came, and the winds blew and beat against that house, and it fell — and great was its fall!” Carson somehow construes a clear depiction of eternal damnation:

The sermon ends with what has been implicit throughout it—the demand for radical submission to the exclusive lordship of Jesus, who fulfills the Law and the Prophets and warns the disobedient that the alternative to total obedience, true righteousness, and life in the kingdom is rebellion, self-centeredness, and eternal damnation.
— D.A. Carson, Matthew, The Expositor’s Bible Commentary

Given that interpretation, it’s no wonder that Carson thinks Jesus spoke of hell twice as much as heaven!

Yes, throughout the gospels Jesus did speak about judgement, and yes, he also spoke a handful of times about places such as Gehenna and Hades, words often translated as “hell.” But those instances do not stand as justification for the promulgation of the myth that Jesus spoke more about hell than he did about heaven. Continuing the promote that falsehood severely undermines Christ’s true message—which is the love of God and neighbor that Jesus himself called The Greatest Commandment.

Turning Jesus’ gospel of love into a “gospel” of fear, damnation and punishment is either alarmingly ignorant or intentionally manipulative. Either way, it’s very bad news indeed, and needs to stop. 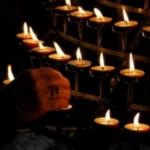 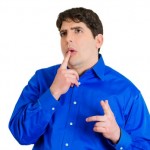