Christians and Spank Culture: How and Why to Stop It

Christians and Spank Culture: How and Why to Stop It February 9, 2015 Guest Contributor

This guest post was written by Jennifer C. Martin. 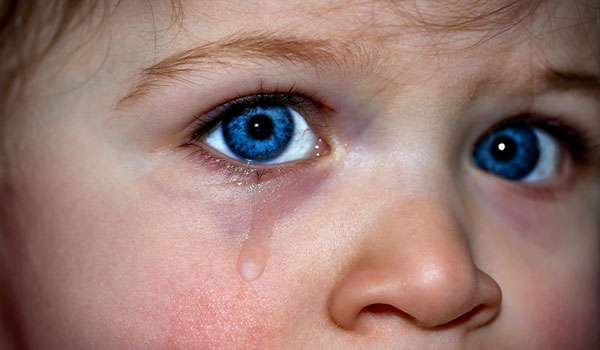 Between the “cool pope” speaking out in favor of physical discipline and Fifty Shades of Grey, spanking is back in the news.

Though I come from an evangelical background, I admire the pope, and so found his latest comments frustrating.

I don’t spank my children. (Full disclosure: my children are still quite young—but so far, so good.)

My relatives all spank their children with reckless impunity. To them I know it seems so simple: the actions of the child who has disobeyed is immediately met with the power and authority of their mighty hand, by which the child immediately learns that he or she has done wrong.

But I don’t discipline my kids that way. And people judge me for that. One relative mentioned casually to my husband, “You guys can get away with not spanking, because your kids listen—but my kid won’t do anything unless she’s spanked.”

I wanted to argue; I wanted to answer, “That’s because you’ve trained your child to be completely unresponsive to any form of discipline other than spanking. Your child knows that when you simply ask her to do something, you don’t mean it—you only mean it when you spank. (And no, my kids do not always listen.)”

The idea that not spanking is some sort of easy, overly lenient parental response is baffling to me. It would be much simpler to smack my kids every time they did something wrong (especially when I’m angry at them) than it is to consistently treat them like human beings deserving of the same respect that I believe I’m entitled to.

So many parents make discipline a battle for control, when anyone who has researched effective conflict resolution knows that compromise and empathy, not forceful demanding, is the solution to problem-solving.

Spanked throughout my own childhood, I wasn’t taught anything about non-violent parenting until, curious about what other options might be available to me, I researched the matter myself. The number of experts who tell us (with decades of peer-reviewed research studies and staggering statistics to support their findings) that spanking is at worst harmful and at best simply ineffective is enormous.

But people don’t listen to that overwhelming evidence—often for the same reasons they ignore the science behind climate change and vaccinations. They don’t want to be told what to do, and so find it easy to ignore research that doesn’t fit in with their personal philosophies.

We expect our children to act like adults. We think they should be able to sit still for hours, listen to every command, follow all the rules, never speak above a whisper, and never express any negative emotion to a situation they find upsetting. We think their problems don’t matter, and we don’t value their feelings.

The truth is that we adults can’t even meet the standards of behavior most of us set for our kids. I lash out at my spouse when I’m frustrated. I may break speeding laws on occasion. I don’t think I’ve ever spent a day at work where I haven’t deviated from my duties and goofed off online, if just for a few minutes.

Given who we are and how we act, why do we have such impossibly high expectations for our children?

Proverbs 13:24 says, “Those who spare the rod of discipline hate their children. Those who love their children care enough to discipline them.” Rather than take the Book of Proverbs as simple suggestions, written thousands of years ago for a specific community in a specific time period, conservative Christians think of it—and especially its passages on child-rearing—as living, breathing words written directly to them. What they hear in the words above is, “If I don’t spank my children, I hate them.” So, for them, not spanking their children brings them instant guilt for failing as parents.

The problem is that, even if you take the Bible at face value, the Hebrew translation the for word rod is shevet—a stick or staff used to guide and lead sheep, like a shepherd’s crook. The word shevet appears in one of the most beloved passages in the Bible, in Psalms 23: “Your rod and your staff protect and comfort me.”

The rod—the shevet—is not an object of pain. It is an object of comfort, love and protection. This is the sort of vision I have for my children when I raise them. I don’t need their absolute obedience. My goals for them are that they grow up with the fruits of the spirit. I want them to be understanding and empathetic to the effect their actions have on others around them. Violent, authoritative parenting is not the way in which it will be possible for me to meet this goal.

Most conservative Christians—especially God-fearing, red-blooded Americans who want their children to grow up respectful and reverent of authority–believe that honoring and obeying one’s parents means honoring and obeying God. Well, I do want my children to honor and obey me—but not because they are physically afraid of me. I want them to feel about me the way I feel about God, which is that I honor and obey Him because I know that he loves me, cares for me, and would never harm me.

Jennifer C. Martin is a writer, wife, and mom living in Richmond, Virginia. She is a progressive Christian navigating a world of conservative Christianity. Her hobbies include baking, Netflix marathoning, yoga, and more baking. You can find her on Twitter at https://twitter.com/j3nnb0. She has previously written for Prodigal magazine and xoJane. 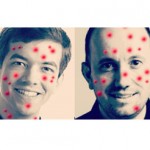 February 8, 2015
Progressive Christianity won't give you measles
Next Post 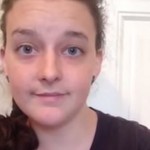 February 11, 2015 Denied a birth certificate and SSN# by her fundamentalist parents
Recent Comments
0 | Leave a Comment
"6 Bible results for "be kind":2 Chronicles 10:7They replied, “If you will be kind to ..."
Jim E Jones Seven ways Christians blow it
"Uh...no?"
Tiny J Seven ways Christians blow it
"GOd came to save us from eternal separation from God by dying on a cross?Do ..."
Bones Did Jesus speak more about Hell ..."
"Eternal separation from God"
SPH Did Jesus speak more about Hell ..."
Browse Our Archives
get the latest from
Progressive Christian
Sign up for our newsletter
POPULAR AT PATHEOS Progressive Christian
1