This Is How Bigotry Dies (To Thunderous Tantrums) 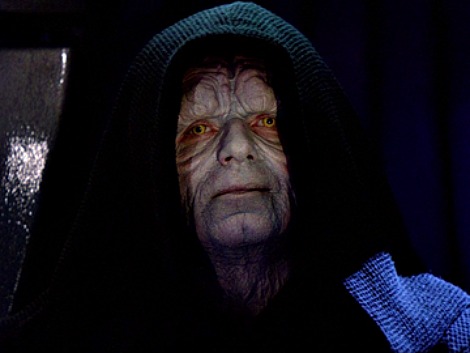 What is with conservatives quoting Star Wars so often in their political discourse?

I’m referring, of course, to the line in Star Wars Episode III: Revenge of the Sith, where Natalie Portman’s character utters, in response to dictatorial powers being given to Chancellor Palpatine (the erstwhile Sith Lord), that “this is how liberty dies … to thunderous applause.”

I can’t tell you how often I’ve seen this applied with a straight face to President Obama’s democratic election, or his congressionally passed health-care mandate. Conservatives everywhere seem to think active-state liberalism is analogous to an intergalactic weakening of the representational monarchies of the Old Republic.

The latest to do so is (our favorite!) Albert Mohler, the Southern Baptist Convention’s resident pseudo-intellectual. I’ve written about Mohler before. Many times. So I’ve been anxiously awaiting his response to the kerfuffle in Indiana over that state’s Religious Freedom Restoration Act, and this week, he didn’t disappoint.

Mohler, in a post titled “This is How Religious Liberty Dies,” complains about the “secular left,” a frequent boogeyman of right-wing nightmares, which sunk Indiana’s RFRA after it was revealed that it could be used to green-light discrimination against LGBT folks.

Mohler indicts the law’s detractors for misconstruing it, all the while leaving his readers under the mistaken impression that the Indiana law is simply a mirror to the federal one signed by Bill Clinton in the 1990s. Of course, it’s not – Indiana’s law had a different scope, and much different intent, than the earlier law, as has been pointed out repeatedly.

But my outrage reserves are depleted when it comes to good Christians bearing false witness to get their points across, so let’s just move on.

Mohler’s real ire is reserved for those who rightly point out that anti-gay prejudice is a choice, and as such, it deserves no protection under the law when doing so actively creates discrimination against other citizens. Anti-gay Christians can continue to think being gay is “sinful” and continue to say so on their own time and in their own forums, but they are increasingly losing the right to assert that belief in an effort to circumvent anti-discrimination laws.

And why shouldn’t they? We have not historically allowed racist individuals to cite religious beliefs when trying to subvert laws forbidding discrimination (and yes, those cases have happened). Why should this be any different?

But to hear Mohler tell of it, these latest protections represent a new, near-apocalyptic offing of religious liberty in general.

To make his point, he repeatedly takes after Frank Bruni of The New York Times for daring to suggest (again, correctly), that “in the end, the continued view of gays, lesbians and bisexuals as sinners is a decision. It’s a choice. It prioritizes scattered passages of ancient texts over all that has been learned since — as if time had stood still, as if the advances of science and knowledge meant nothing. It disregards the degree to which all writings reflect the biases and blind spots of their authors, cultures and eras.”

If you know anything about Mohler (and I regret that I do), you know that he hates it when anyone says that Scripture, as he reads it, should be subject to any sort external measuring stick to gauge its interpretation. Never mind the fact that this is precisely what the Southern Baptist Convention does – subjects Scripture to a hermeneutic designed to prove the denomination’s foregone doctrinal conclusions (like the inerrancy of Scripture), even when it’s absurdly painful. When the Bible is read to instead glean context as to whether its world really is the same as ours (and virtually any historian or philologist would say it is not), this is out of bounds for Mohler.

Unsurprisingly, Mohler uses the present controversy as a way to eventually take a swipe at liberal Christianity – the arm of the faith that has, in fact, incorporated all manners of academic discipline, from science to psychology to historical criticism, into its doctrines and approaches to the Bible: “The liberal churches capitulated on the sexuality issues only after capitulating on a host of central Christian doctrines. Almost nothing is left for them to deny or reformulate.”

Of course, the SBC has itself “capitulated” to modern sensibilities, most notably those concerning slavery (which the Bible condones) and racism (which was often supported using Biblical proof texts).

But that’s not how Mohler sees it. No, to him, refusing to “bow” to the overwhelming amounts of textual, historical, psychological, medical, scientific, and experiential evidence with respect to sexuality is tantamount to early Christians refusing to “bow” to Caesar (yes, he really said that). To him, Southern Baptist orthodoxy was handed down on high sometime in the late-20th century (not the 19th, when it was still getting over its advocacy for slavery, nor in the mid-20th, when it still had somewhat moderate views of things like abortion), and it now represents an unbending, unerring set of moral truths whose death is tantamount to the death of religious liberty itself.

Someone needs to remind him that only a Sith thinks in absolutes. 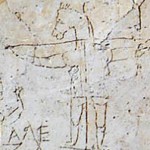 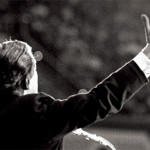 April 13, 2015 One Nation Under God: How Corporate America Invented Christian America
Recent Comments
0 | Leave a Comment
"6 Bible results for "be kind":2 Chronicles 10:7They replied, “If you will be kind to ..."
Jim E Jones Seven ways Christians blow it
"Uh...no?"
Tiny J Seven ways Christians blow it
"GOd came to save us from eternal separation from God by dying on a cross?Do ..."
Bones Did Jesus speak more about Hell ..."
"Eternal separation from God"
SPH Did Jesus speak more about Hell ..."
Browse Our Archives
Related posts from Unfundamentalist Christians