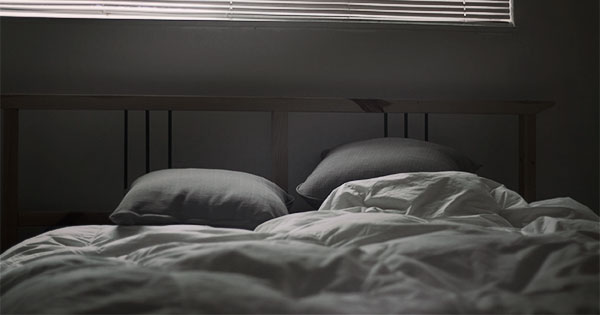 A few years ago, the Church decided to start talking about sex–particularly, married sex. The Church wasn’t doing enough to address it. The sexual revolution had occurred, and the Church had suddenly acquired a reputation for being stuffy and avoidant on the topic. Young people wanted to know about God’s design for sex. Couples wanted to know that sex within marriage was wholesome and healthy, not shameful or dirty. So, the Church has been talking about sex. A lot.

What it hasn’t been talking about, though, is sexual empowerment.

Those words may seem foreign, even unthinkable, in a Christian context. But I believe embracing sexual empowerment is absolutely vital to having a healthy, thriving marriage.

First, it helps to define what sexual empowerment is. Our secular culture, like our churches, have a poor understanding of the term. To many people, sexual empowerment is equated with raunch and promiscuity. We claim that strippers and sex workers are empowered because they lack sexual inhibitions. They have thrown off traditional mores and use their sexual skills to profit for themselves. But that’s not what empowerment really is.

Empowerment is about exercising authority over what is rightfully yours. It is about knowing what you want and how to get it. It is about giving enthusiastic consent within the boundaries that you set. Sexual empowerment has nothing to do with aluminum poles and lingerie; rather, it is about confidence and communication.

Unfortunately, the Church has fallen prey to our pornified culture in its teachings on sex. Some modern pastors tell couples that men want to see scantily clad women on poles who will do all of the things portrayed in their favorite adult film. So these pastors encourage wives to do things that many find degrading and uncomfortable. And when she balks or does them halfheartedly, her husband becomes frustrated and feels rejected and unloved.

The Church compounds the problem by setting up false dichotomies: Men want sex all the time; women want it almost never. This teaching results in all kinds of dysfunction. Men who don’t want it all the time think there is something wrong with themselves or that they aren’t attracted enough to their wives. Women who actually want sex–especially if they want it more than their husbands–think they must be dirty.

And because men’s sexual needs are prioritized and women’s are ignored–or worse, erased–women are never encouraged to examine or communicate their desires and preferences. Whatever desires do surface are often suppressed.

This exact scenario played out in the early years of my marriage. Because I believed that my husband’s sexual needs were more urgent than mine, I didn’t take time to explore or nurture my own libido. Sex was a duty, a performance I had to put on for my husband’s pleasure. Everything I did in the bedroom was for him. At the same time, I was terrified to initiate sex; that was something only men did. So I just lay beside him…and waited.

But because I never initiated sex, my husband came to believe that I, in fact, never wanted it. He believed I was only participating for his benefit and wasn’t really enjoying it. Every time he tried to pleasure me or encouraged me to engage in an act that would have primarily benefited myself, I hesitated–or anxiously tolerated it. Because I couldn’t allow myself to receive pleasure, my husband erroneously believed he could not please me.

I cannot fathom how many bedrooms this is happening in. Women waiting for men to initiate. Men feeling rejected and inadequate. It boggles the mind.

I am a wall,
and my breasts are like towers.
Thus I have become in his eyes
like one bringing contentment.
—Song of Songs 8:10

Notice what she is saying: “My breasts are awesome! They can satisfy my man!” Ladies, when was the last time you looked in the mirror and said, “My breasts are awesome!” Or when did you think of your body as offering “choice fruits” to your husband? Much of our consumeristic culture shames women’s bodies, making us think that we’re inadequate or inferior. But the truth is, our bodies–no matter how they look–have much to offer. They are a part of a glorious package that was designed by God–a package that your husband loves and wants to explore.

The lover in Song of Songs simply oozes with confidence and assertiveness. She knows what she wants and asks for it. She is enthusiastic about being intimate with her beloved. She says, “Let him kiss me. Let him come into my garden. Let him taste what I have to offer.” That is a sexually empowered woman!

I’m glad that the Church is talking about sex. But until it begins sexually empowering both men and women, I’m afraid it won’t do much good. 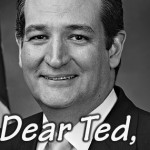 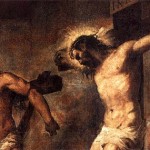 February 17, 2016 Substitutionary atonement distorts the good news (the second saying from the cross)
Recent Comments
0 | Leave a Comment
Browse Our Archives
get the latest from
Progressive Christian
Sign up for our newsletter
POPULAR AT PATHEOS Progressive Christian
1