I’m an Evangelical Voter. No, Really …

This guest post was written by Michael L. Ruffin. 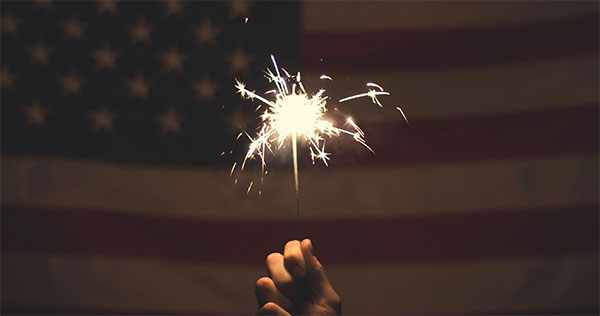 I’m a Christian evangelical. To my way of thinking, “Christian” and “evangelical” are synonymous, since a Christian should live a life that bears witness with their attitudes, words, and actions to the good news of Jesus.

Somewhere along the way, though, people came to regard “evangelical” as synonymous with “conservative” and even with “fundamentalist.” Some folks think it’s not possible to be a “liberal evangelical.” Actually, one could make an excellent case that many liberal evangelicals reflect more of the way of Jesus in their ways of thinking, talking, and acting than do many conservative evangelicals.

It’s been interesting to observe how many of my more conservative evangelical sisters and brothers have approached the question of whom to support in recent elections.

I understand that mindset, since I also sometimes judge the reality and quality of someone’s Christianity. Mainly, I’m troubled when a professing Christian seems to exhibit little awareness of what Jesus did and said. We’re supposed to be following him, after all, so I’m suspicious of “Christian” people who have little evident interest in grace, love, mercy, understanding, empathy, peacemaking, humility, and forgiveness, all of which are basic to Jesus’s life, and should be to the lives of his followers.

I think that most people who don’t like President Obama don’t like him because of his politics, not because of his religion. He could have been raised in a Southern Baptist church, undergone a dramatic conversion in which he followed the Roman Road of salvation, prayed to receive Jesus into his heart, been baptized, sworn allegiance to the inerrancy of Scripture, held a Bible study in the Oval Office every morning, and prayed at the beginning and end of every speech, and the conservative evangelicals who don’t like him still wouldn’t like him.

As my lone exhibit in support of that assertion, I offer the support that many conservative evangelicals have given to Republican presidential candidate Donald Trump.

I can’t judge whether or not Mr. Trump is a Christian. I can say that if he is, he’s a type that is far removed from what evangelicals, be they conservative or liberal, think of as a Christian.

One example will suffice. Last summer, CNN’s Anderson Cooper asked Trump if asking for forgiveness was central to his faith. He answered, “Why do I have to repent, why do I have to ask for forgiveness, if you’re not making mistakes?” We evangelicals, whether we lean right or left, would say that repentance is mighty important in the Christian life.

My point is that while Mr. Falwell says he believes Trump is a Christian, it doesn’t seem to matter to him. What matters is that he thinks Trump has the personal strength and business experience to turn America in the direction he thinks we need to go. They like his politics, and his is Christian faith (or lack thereof) is not particularly relevant.

Back when I was a pastor, one of my parishioners asked me, “Don’t you think a Christian should vote for a Christian candidate?”

I answered, “Well, I can envision a scenario in which I decide that a non-Christian candidate’s policies seem to me more ‘Christian’ than those of a professing Christian. Some of these ‘Christian’ candidates’ attitudes, words, and policies sure don’t seem very Christian to me.”

In the present election cycle, this Christian evangelical finds himself taking a long hard look at the non-practicing Jewish gentleman from Vermont. His policies matter more to me than his religion.

The funny thing is, his policies sound awfully Christian to me.

About Michael L. Ruffin
Michael L. Ruffin is a writer, editor, blogger, and minister. He has been a pastor and a university religion professor. He’s a graduate of Mercer University and the Southern Baptist Theological Seminary. He and his wife live on the Ruffin Family Farm in Yatesville, GA. You can visit him anytime at www.MichaelRuffin.com. 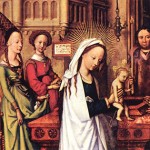 February 24, 2016
Why no preacher quotes Jesus on Family Sunday (the third saying from the cross)
Next Post 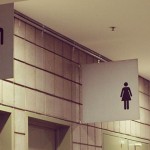 March 1, 2016 Dear Neighbors
Recent Comments
0 | Leave a Comment
"6 Bible results for "be kind":2 Chronicles 10:7They replied, “If you will be kind to ..."
Jim E Jones Seven ways Christians blow it
"Uh...no?"
Tiny J Seven ways Christians blow it
"GOd came to save us from eternal separation from God by dying on a cross?Do ..."
Bones Did Jesus speak more about Hell ..."
"Eternal separation from God"
SPH Did Jesus speak more about Hell ..."
Browse Our Archives
Related posts from Unfundamentalist Christians