The Cosmic Cross (the sixth saying of Jesus from the cross)

The Cosmic Cross (the sixth saying of Jesus from the cross) March 16, 2016 Chuck Queen 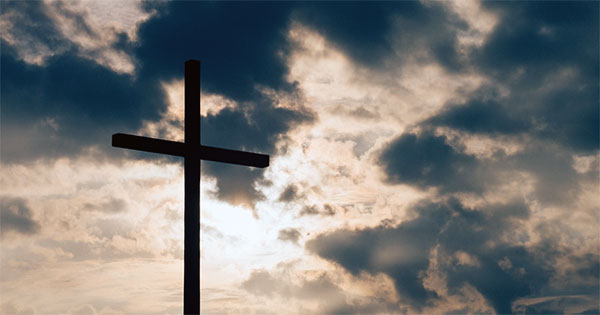 A jar full of sour wine was standing there. So they put a sponge full of the wine on a branch of hyssop and held it to his mouth. When Jesus had received the wine, he said, “It is finished.” Then he bowed his head and gave up his spirit (John 19:29).

According to a consensus of scholarship, Mark’s Gospel was written first just before, during, or shortly after the destruction of Jerusalem by the Romans in 70 C.E. One to two decades later the Gospels of Matthew and Luke were written. Finally, one to two decades after Matthew and Luke came the Gospel of John. All the Gospels are first and foremost spiritual and theological proclamations of the meaning of the story of Jesus, not historical reports. But John’s symbolism, Jesus monologues, and metaphorical storytelling takes it to a new level.

In John the cross of Jesus is the culmination of a cosmic drama. At the cross, the worlds of ungrace and grace collide; the powers of death and life meet with explosive force. As Jesus anticipates his death he says, “Now is the judgment of the world (the domination system), now the ruler of the world will be driven out” (12:31). The ruler of the world, mythical or real, is the representative, the epitome of the power of evil and hate that crucified Jesus. This is the power that entered into the heart of Judas (13:2) and why he is called a devil (6:70). John’s Gospel is cosmic theater, depicting the clash between good and evil as the clash between the world/the Devil and Christ. Jesus, as the light of the world, exposed the world’s darkness, and because the world (the domination system) loved darkness more than light, the world determined to destroy the light.

The irony is that in the very act of destroying the light, the darkness of the domination system is exposed and the light casts its radiance against the darkness in a ray of glory. The irony of the cross is that while this horrible event is the final act of hostility against Jesus by the powers of evil, it is also the final act of Jesus in revealing God’s magnanimous love for the world. The crucifixion reflects both the culmination of hostility against Jesus and the climax of God’s revelation of love for the world through Jesus.

This horrendous outpouring of hate, resulting in the torture and suffering of Jesus, becomes a redemptive event in which the love of God engages and defeats the forces of evil. God defeats it, not by returning evil for evil, hate for hate, blow for blow, but by bearing, absorbing, and exhausting it. This is how the Lamb of God takes away the sin of the world (John 1:29, 36). In John, the reference is to sin (singular), not sins — the sin of hate that issues in violence. The deadly and destructive nature of violence, prejudice, and hate is exposed at the cross. The capacity to see evil as evil is the first step in overcoming evil. But it is an overcoming through love, not hate.

There must be, however, a lure, a compelling reason, insight, or motivation to abandon evil, and so the cross functions not only as a revelation of our sin (our hate that issues in violence), but as a definitive revelation of God’s love. The cross is the ultimate lure, drawing us to a loving God where the power of love resides. The cross, then, becomes the means of our liberation from the power of sin and death. It becomes our Exodus, a redemptive event, through which we pass from death to life as the children of Israel passed from the bondage of slavery into freedom. In John’s Gospel Jesus’s death corresponds to the time of the death of the Passover lambs in preparation for the commemorative evening meal (19:14). Jesus is slain at the same time the Passover lambs are slain. Christ is being depicted as a new liberator of a new Exodus.

The cross, then, is Jesus’s concluding work. It is Jesus completing (finishing) the work God gave him to do (17:4). It is the crowning event that will eventually draw all people to Christ (12:32). This is why, in John’s Gospel, the death of Jesus is consistently referred to as both Jesus’s glorification and the glorification of God. Speaking of his death Jesus says, “The hour has come for the Son of Man to be glorified” (12:23). It is because the cross reveals the magnitude and expansiveness of God’s love for the world that it can be referred to as Jesus’ glorification or the glorification of God. Christ descended to the darkest place to die a shameful, horrible death, and yet here is where the love of God for the world shines the brightest.

Once we see our complicity in the crucifixion – that we are not just victims but victimizers – then we are ready to experience an exodus from hate into forgiveness and love. We admit first, that while bad things may have happened to us beyond our control, we have, nevertheless, hardened our hearts and chosen to live in an ungracious world. We know that the powers of hate that crucified Jesus reside in us. Once we find the courage to make that good confession, then we are ready to behold God’s love at the cross and experience its liberating power. The cross then becomes a model for us: “This is my commandment, that you love one another as I have loved you. No one has greater love than this, to lay down one’s life for one’s friends” (15:12–13).

When we unite with Jesus on the cross, we draw from his Spirit and find the inner resolve and grace to give up hate and the need for revenge. We pass through the waters of condemnation without the need or want to condemn in return, and we determine to allow love to grow and flourish into gratitude and generosity. John’s Jesus calls this being born again, and we need to be born again and again and again as we cast off the works of this ungracious world and increasingly manifest the fruit of the Spirit. In an exodus through the cross we leave behind a world of selfish grasping and grinding egoism, and enter a vibrant and abundant world of grace.

(The reflections above were adapted from my book on the seven sayings of Jesus from the cross titled, Why Call Friday Good: Spiritual Reflections for Lent and Holy Week.) 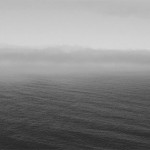 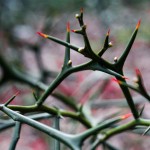 A night with Lot in Sodom,...
slacktivist
Related posts from Unfundamentalist Christians