Outside the Gate May 13, 2016 Guest Contributor 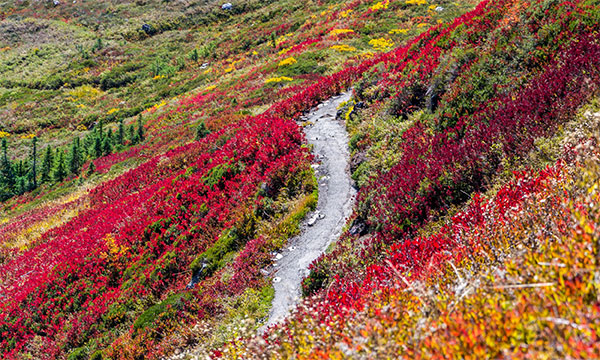 Therefore Jesus also suffered outside the city gate in order to sanctify the people by his own blood. Hebrews 13:12

I don’t much care for the Church.

It’s a relief, after thirty odd years of trying, to admit to that troubling fact and decide that she’s probably just not the one for me.

A horror of divorce lurks deep in the bones of this cradle Catholic, so it wasn’t the easiest of decisions.

Truth be told it wasn’t a decision at all, in the ordinary sense of that word: I just woke up one Sunday morning and couldn’t face her.  The months have gone by and I am not at all sure that I will ever face her again.

The air is far sweeter out here. It’s pregnant with the heady scents of relief, freedom, and faith. The Scriptures still sing their impossible promises. The Spirit still hovers over the waters giving life to the dead and calling into existence the things that do not exist (see Romans 4:17).

Earth’s crammed with heaven,
And every common bush afire with God,
But only he who sees takes off his shoes;
The rest sit round and pluck blackberries.

So I realized something, perhaps for the first time, though it was something I glimpsed in waves for many years: I actually believe the Gospel.

Actually, it’s better than that: I know it’s true.

And I know, beyond all shadow of doubt, that it’s not conditional on Church membership of any kind. When he suffered outside the gate it wasn’t only for the people left inside the gate.

The Church does such a good job of subtly telling people she’s indispensable for their salvation, as though God is somehow her possession to give away only to her members. Churches may deny it and point to official statements to the contrary, but anyone with any in-depth experience of Church life and culture will admit to an often insidious and usually unconscious conviction that salvation is not by faith at all: it’s by Church membership.

It’s time that credible voices (and I know there are many) spoke for salvation outside the church.

My experience doesn’t begin and end with the Catholic Church: there was a ten year spell in an Evangelical, Charismatic House Church in London, a degree in Theology at a Catholic College and, eventually, ordination in the Anglican Church.

I suppose they all served their purpose (dare I say they all brought me to this place in their own way?) but I can’t shake the feeling, well and truly settled now, that in promising so much, they are all so disappointing.

I wonder why I bothered for so long?

One night, in the early 1980s, God came into my life like a flood from which I, happily, never recovered. I was born-again in the most classic sense of that word and invaded with a love so overwhelming, so unconditional, that I still can’t put it into words adequately. It’s a common experience judging from ongoing research by bodies like the Alister Hardy Religious Experience Research Centre.

It wasn’t until I wandered into a Church voluntarily for the the first time, seeking membership, that my re-education in curriculum of conditional love began in earnest. It’s a deeply cherished agenda and a powerful one at that.

My Evangelical friends would often talk about God’s restorative power and quote a much loved scripture: “I will repay you for the years the locusts have eaten” (Joel 2:25). It’s an irony that those locusts were buzzing around happily enough in the culture of the Church we attended and that many of us are now applying that scripture to the years the Church stole from us.

The voice that whispers, without respite, that we are not quite right with God unless … or until … is a compelling one and it’s one I came to believe. It was a betrayal of that initial demonstration of God’s love and I am still a bit puzzled by why I bought into it so enthusiastically.

No matter now. I am too busy bare-footing it around the common bushes.

About James Clark
James Clark is a single father, dog owner, ordained Anglican priest, writer, and teacher based in Dorset, southwest England. He blogs (most recently) at The Great Unchurched. 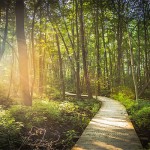 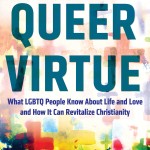