I was standing on a street corner in downtown Great Falls, Montana, waiting for the annual Big Sky Pride Parade to begin. All sorts of rainbow-clad people roamed up and down the street, happily enjoying the sunshine and positive atmosphere of the day.

But the guy walking toward me looked a bit out of place in his pleated khakis and plaid button down shirt. He briskly sidled up to me and handed me a leaflet, saying, “Here’s something for you to read while you wait.” I glanced down at it, but before I could even say thank you, he was gone.

The brochure seemed benign enough–it was titled “Instant Gratification,” and included a bunch of brain teasers, stuff like “A man went outside in the pouring rain with no protection, but not a hair on his head got wet. How come?” There was no obvious religious message, so I flipped it over and saw that it was from “Living Waters Publications” and was given out “Compliments of:” followed by a glaring white space.

I try to keep tabs on wacky Christian apologists, so I immediately recognized Living Waters as Ray Comfort’s organization. I opened the flyer again to try and find what I must have missed. And there it was, sandwiched between quiz questions 20 and 21: an “editorial” that consisted of Comfort’s idiosyncratic presentation of the Gospel.

Since the guy who handed me the tract hadn’t stuck around to chat (I get it, there were a lot of souls that clearly needed saving), I’m going to respond to its message here. The text from the tract is in italics, interspersed with my thoughts in roman:

Let’s see if it’s true that you’ve sinned: Have you ever lied, even once? Ever stolen anything? Jesus said, “Whoever looks at a woman to lust for her has already committed adultery with her in his heart.” Ever looked with lust?
So I guess all the gay guys standing around waiting for the parade to start are off the hook? I’m pretty sure most of them have never looked at a woman with lust …

If you have said “Yes” to these three questions, by your own admission, you are a lying, thieving, adulterer at heart; and we’ve only looked at three of the Ten Commandments, God’s moral Law.
But what if I said no? Or just two out of three? Or maybe I’m one for three? I feel like we’re jumping to conclusions. Are these the sins God is going to execute me for? I told a lie, so … death sentence?

How will you do on Judgment Day? Will you be innocent or guilty?
What’s this about Judgement Day? When? Where? Who? What? How? Why? Seems like that’s important information …

Will you be innocent or guilty? You know that you will be guilty, and end up in a terrible place called Hell.
So I know that I’m guilty, and I know I’m going to Hell?! I do??

That’s not God’s will.
Oh good! Well, then God–being God and all–will ensure that I won’t go to Hell …

He provided a way for the sinner to be forgiven. He sent His Son, Jesus, to take our punishment: “God demonstrates His own love toward us, in that while we were still sinners, Christ died for us.”
Let me get this straight: I’ll be on trial at Judgment Day (whenever that is), and I’ll be found guilty, but the sentence (Hell?) will be commuted because Jesus was punished in my place. So Jesus spent eternity in Hell instead of me?

Jesus then rose from the dead and defeated death.
Death is defeated … so I won’t die? I thought it was certain I would die?

God promises everlasting life to all who repent and place their trust in Jesus Christ alone.
But I thought there was no way around death, because no matter what I do, I’ll die? And unless I trust Jesus (trust for what? why? how?) God will kill me and send me to Hell–all because I sinned against him by possibly telling lie at some point in my life? And what’s this “alone” business?

Please do that today…you may not have tomorrow.
Is that a threat?

See John 14:21 for a wonderful promise.
Ok, I read that verse. Sounds like there’s no love from God unless I follow all of his rules. I’m glad my parents weren’t that stingy.

All of this leaves me with two questions: 1) has anyone ever been converted to Christianity through this sort of “evangelism?” And 2) Why doesn’t my hair get wet when it rains? 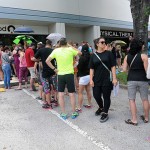 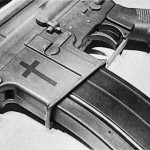 June 21, 2016 Spiritual Terrorism
Recent Comments
0 | Leave a Comment
"6 Bible results for "be kind":2 Chronicles 10:7They replied, “If you will be kind to ..."
Jim Jones Seven ways Christians blow it
"Uh...no?"
Tiny J Seven ways Christians blow it
"GOd came to save us from eternal separation from God by dying on a cross?Do ..."
Bones Did Jesus speak more about Hell ..."
"Eternal separation from God"
SPH Did Jesus speak more about Hell ..."
Browse Our Archives
Follow Us!