Trump and Dobson: Constantine and Faust

As a child, I regularly listened to the radio broadcasts provided by the conservative Christian organization, Focus on the Family–both the daily broadcast on family issues and the weekly broadcast of the radio drama for children, Adventures in Odyssey.

My understanding of family life and the meaning and content of Christian faith was heavily influenced by these broadcasts. I listened carefully to the dangers of straying beyond the strict confines of conservative Christian morality, and I can still hear the emphatic tone of voice in which Dr. Dobson warned his listeners that the process of falling in love that begins with holding hands will inevitably “end up in bed” if nothing is done to stop it.

Adventures in Odyssey was entertaining and funny, with engaging characters and high quality production and story editing. I enjoyed listening to the adventures and getting to know the characters. It was only later in life that I began to sort out the potentially damaging messages within the drama from the more simple moralistic ideas of parental love and good behavior. I still like to listen at times, for nostalgia’s sake, but I am increasingly concerned by how the blithe and joyful nature of the program masks what frequently amounts to bigotry, ignorance, and intolerance. I am grieved that such a special part of my childhood is turning into something that is little better than a propaganda tool for extreme right-wing Christianity.

Given this observation, perhaps I should not have been surprised to read of Dr. Dobson’s recent assurances to his massive flock that US presidential hopeful Donald Trump has been “born again.” When he followed up these assurances with the advice to fellow Christians to show him kindness as this “baby Christian” grows into his new faith, Dr. Dobson’s willingness to join the candidate’s evangelical advisory group was surely a logical next step.

Nevertheless, when I read the news, I was mortified–and even more so when I realized that I was not incredulous. Whether or not Mr. Trump’s vaunted conversion experience is genuine, these resultant bedfellows amount to a nightmare scenario. There is as yet no sign that his newfound faith has caused Mr. Trump to speak with any more kindness of the refugees and migrants seeking safety and freedom in the US or of the sizable Muslim population already living there. One is forced to conclude that the nationalistic, intolerant, arrogant ignorance that has so far characterized his campaign is not likely to greatly alter.

Instead, there is every possibility that his negative, nationalistic campaign will gain momentum, backed by one of the most powerful voices of the Religious Right affirming his true faith and thus baptizing his candidacy for president. Many of those who might have had second thoughts about Mr. Trump as president, will now, I have little doubt, jump on the bandwagon, sincere in the belief that what their priest says is true, and failing to see the lack of true faith, true religion, and true imitation of Christ in Mr. Trump or his “Christian” backers.

For those of us with any familiarity of fourth century history, the parallels with the Emperor Constantine the Great are hard to miss. A political leader, fighting for supremacy, seeks to gain power and consolidate his influence over his empire. He chooses a religion that is familiar to him and, in some ways, near to his values. He announces his conversion to this religion, persuades its most powerful leaders of his sincerity, and uses the influence he gains in this way to consolidate his control over the political and religious lives of the empire.

On the other hand, Dr. Dobson and his fellow right-wing evangelicals would appear to be playing the role of Faust. They have made a deal with a man many would see as a danger and a threat to the modern world, for the sake of their own sacred cows and fundamentalist understandings of faith and politics. They may not recognize Mr. Trump as an aspect of the devil, but, knowingly or not, I believe they have sold what is left of their souls for the advancement of their particular brand of politics and a mythical past when America was “great.” They have made the deal, but the whole country, and perhaps the whole world, will reap the inevitable consequences.

As an aside, these are precisely the people who trumpet the importance of religious freedom as their own right to believe whatever they choose and act however they like, while they attempt to force those beliefs on the wider American public through the legislative and executive branches of the government.

They seem to have forgotten that the First Amendment reads “Congress shall make no law respecting an establishment of religion or prohibiting the free exercise thereof.” If they believe in the freedom of faith groups from government control, they should cease attempting to force the government to legislate their religious views into law. Equally, Mr. Trump’s attitude towards Muslims is clearly at odds with the First Amendment.

I watch all of this unfolding with horror. As the late triumph of the Leave campaign in the UK’s referendum on the EU can attest, appealing to incipient, injured national pride and playing on the fear of the “other” can have surprisingly powerful effects. Friends and acquaintances here in the UK have asked me for assurances that Mr. Trump can’t win the presidency–surely! But I was certain he couldn’t win the nomination. I was certain the UK would vote to remain in the EU. I am no longer certain, and if Mr. Trump really has persuaded the leaders of the American Evangelical community and the Religious Right that his “conversion” is genuine, I fear for the future of humanity.

About Robyn Shepherd
Robyn Shepherd is currently home on maternity leave with her son. Having studied theology with the aim of pursuing a career in the Baptist denomination in the UK, she is now rethinking the direction of her life. She is married and living in beautiful Mid-Wales with her family. She blogs at rsshepherd.wordpress.com. 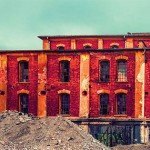 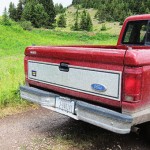 July 7, 2016 How a Bumper Sticker Changed Everything
Recent Comments
0 | Leave a Comment
"6 Bible results for "be kind":2 Chronicles 10:7They replied, “If you will be kind to ..."
Jim Jones Seven ways Christians blow it
"Uh...no?"
Tiny J Seven ways Christians blow it
"GOd came to save us from eternal separation from God by dying on a cross?Do ..."
Bones Did Jesus speak more about Hell ..."
"Eternal separation from God"
SPH Did Jesus speak more about Hell ..."
Browse Our Archives
get the latest from
Progressive Christian
Sign up for our newsletter
POPULAR AT PATHEOS Progressive Christian
1