In the churches I grew up in, the story recounted in Genesis 3 was viewed as the moment when sin–Original Sin–entered humanity. In that story, a serpent persuades Eve to eat from the Tree of the Knowledge of Good and Evil. She does. And so does Adam. These events were called The Fall, a theological tragedy that resulted in our Sin Nature, severed our relationship with God, and created a need for a Savior who could save us from our sin and restore our relationship with God so that we would not burn in hell when we die.

This interpretation of Genesis 3 is common, but is it supported by the text? Here are 11 observations about the Genesis 3 story and its characters (because this one goes to 11):

So, what should we make of these observations?

First, this isn’t a story about Original Sin. Eden is a symbol for innocence and harmony. The Tree of the Knowledge of Good and Evil is a literary device that conveys the idea of a gateway from innocence to awareness. When God (the parent character) tells Adam and Eve (the children characters) not to eat from the Tree, the original audience for this story would have known exactly what Adam and Eve would do. What do children immediately want to do when they are told not to do something? They want to do it!

Are parents surprised when their children disobey them? Of course not. Every parent knows that a child’s innocence cannot be maintained forever. And along with a child’s loss of innocence comes a greater awareness of difficulty and complexity in life. This understanding is echoed in Genesis 3.

Adam and Eve eat the fruit and become like God, knowing all things. Is this bad? God never says that it is. God tells Adam and Eve that their actions will result in greater difficulty in life, but isn’t that the natural progression of things? Isn’t that what happens when you move from innocence to awareness?

Awareness brings with it the ability to choose what kind of life to lead. I can choose negativity in the form of selfishness, jealousy, greed, materialism, pessimism, or violence. I can also choose to cultivate love, joy, peace, and patience. But which is easier?

Modern psychology is getting better at explaining our tendency towards the negative by revealing that human beings have an innate negativity bias. Is this why it’s easier to become resentful? Easier to feed on negative media than positive? Easier to tear things apart than it is to restore what was broken? If negativity is the standard way the mind operates, if Jesus teaches that the mind is the root of sin, and if Paul teaches that we can be transformed by renewing our mind, then I have to wonder if our supposed “sin nature” is really just an ancient way of saying “negativity bias.”

It’s time to move beyond the theological impositions that are commonly placed on the Genesis 3 story. Any talk about The Fall, Original Sin, Total Depravity, or a severed relationship with God is foreign to Genesis 3–that kind of language just isn’t there in the text. Instead, Genesis 3 is a reflection of the difficulty that the awareness of our negative tendencies brings. It asks us what we will do with that awareness–a challenge that we all must face as we progress through life.

About Daniel Verona
Daniel Verona is a graduate student in biomedical engineering at Texas A&M University. When he is not busy doing literature review or data collection, he enjoys music production, snowboarding, long walks, and Indian food. 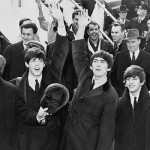 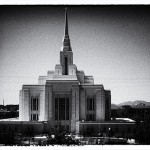