I was an Evangelical Christian before I could walk or talk. At Lake Avenue Congregational Church in Pasadena, California, the Sunday School class for infants was called the “Cradle Roll”–and I’m sure I had perfect attendance! It seems like I must have spent as much time at church as I did at school in my early years.

One of my earliest memories is a story illustrated with pictures that the teacher would add to a flannel-graph board as the plot unfolded. (Perhaps an early version of PowerPoint?) It was about a little girl who was caught in a “web of sin” when she did terrible things like steal a cookie and lie to her mother about taking it, or get mad at her little brother and yell at him. The teacher added a picture of a large black spider to the board above the little girl, and every time she would do something bad, a piece of black thread was put over her body until she was completely trapped in that terrible web. I was in the second grade. That was when I accepted Jesus as my personal savior for the first time and, like the little girl, was “set free by the blood of Jesus.”

I know I didn’t understand what any of that meant at that time, but I also know I felt very good after I accepted Jesus into my heart. From then on I went forward whenever an altar call was given, until I learned that you only have to be “born again” once. The church continued to be the center of our family life throughout my childhood.

Sadly, however, my dad was diagnosed with Ankylosing Spondylitis, a particularly disabling form of arthritis, in his early thirties. He was advised by his doctor that if he continued working in an air-conditioned office, he would be in a wheelchair long before retirement age.

In addition to being a deeply committed Christian, my dad was a visionary. He accepted his diagnosis as God’s will for our family, and immediately began investing in real estate. Today, what my father did would be called “flipping houses.” In the early 1950s, it was simply good planning. Consequently, between my second and seventh grades, we moved almost every year as my father leveraged his investment in our first little two-bedroom-one-bath house into a 9-unit apartment building. By the time I was in junior high school, he could afford to quit his job, get his real estate broker’s license, and move our family to the dry climate of the California desert.

I started writing this story in January 2016 because of a phrase that was being tossed around on the news networks. Everyone was arguing about who the “Evangelical voting bloc” would vote for in the Republican primaries. The first time I heard those words, I couldn’t even wrap my brain around them. The first thought that came to my mind was my father. He taught us that the only kind of church our family would ever attend was a Fundamental, Evangelical, Protestant Church. He was absolutely committed to “separation of Church and State,” and his understanding of that went both ways: if any pastor, Bible teacher, or lay person would ever even hint at who or what he should vote for, I honestly believe that he would have stood up, collected his family, and left. The thought that Evangelical Christians would vote as a “bloc” would have been unimaginable.

Lake Avenue Church was, and is, an Evangelical stronghold in Southern California, so regardless of where we lived in the San Gabriel Valley, we would drive to Pasadena at least three times a week: Sunday School and Church on Sunday mornings. Christian Endeavor and Evening Church on Sunday nights. Prayer Meeting and Youth Group on Wednesday–and often a party or two during the week.

By the time I was in the seventh grade, my dad’s condition had deteriorated and we moved to Palm Springs, California. The first order of business, even before finding a place to live, was to find a “church home.” Palm Springs Community Church was much smaller than Lake Avenue, but theologically it was just about the same. There was, however, something that might have been a deal-breaker for my dad. Although it had a youth group, it was not as large or socially active as the ones at Lake Avenue. In order to remedy that problem, both of my parents immediately became involved and made sure that the church kids had enough activities to keep them busy–especially on Friday nights so they wouldn’t be tempted by the school dances!

It was a wonderful, safe … and FUN childhood. I have absolutely no complaints.

It has now been many months since I first heard newscasters talking about this so-called “Evangelical voting bloc.” I’ve continued to think about it in the context of both Christianity and our political system, and I’m now able to take a giant step back and look at the bigger picture. That takes me back to my personal story …

After leaving Palm Springs for Westmont, a Christian liberal arts college in Santa Barbara, California, my experiences with Christianity broadened considerably. I still consider myself a Christian–but no longer an Evangelical. Life experiences led me to All Saints Episcopal Church, also in Pasadena, and I was confirmed there in 1982. Although the two churches are only separated by about a mile, they are light years apart theologically.

As I look back over my 70 years as an Evangelical/Episcopalian, and watch Fox News, CNN, and MSNBC battle it out over how the Evangelicals are going to vote in the upcoming elections, I can’t help but think about where this is all taking us. I simply don’t believe that Evangelicals follow some sort of a herd mentality or subscribe to a bizarre form of “groupthink.” I believe there are many rational, intelligent, individual Christians who will be able to think past the sound-bites and mud-slinging as they decide how to vote in the presidential election this November.

If it is necessary–for polling purposes–to categorize Christians, however, I would suggest that there are at least three “blocs” of Evangelical Christians:

There has been a great deal of talk about what this election is doing to the Republican party, but I have heard very little about the impact it is having on Christianity–in particular Evangelical Christianity. It seems to me that, if it exists, the “Evangelical Voting Bloc” has sold its soul. I know that sounds harsh–and is most certainly politically incorrect–but I’ve even heard this political season compared to a reality TV show. Sadly, I think it really has come down to that. Americans love reality shows–from The Voice to The Apprentice. From The Bachelor to Honey Boo Boo. And now from Survivor to the 2016 Presidential Election.

I cannot begin to imagine what my father would have thought of any “reality show,” not to mention this one! Although he struggled to align his faith with the realities of life, his litmus test for making decisions was always simply “God is Love.” The title of a little book by Gerald Jampolsky keeps coming to mind. It’s called Love is Letting Go of Fear. It seems to me that most of the political rhetoric we’re hearing is all about fear. Obviously, the world is a pretty scary place these days, but even so, it’s important to remember what Jesus said about fear. Love is letting go of fear, but it’s also letting go of greed. And of prejudice. When we let fear and greed and prejudice drive our decisions there will always be a price to pay.

In this case, the price is that the decision-making process has become ever so much more complicated.

Bette Moore is a retired teacher who considers herself a “born-again Episcopalian.” Since leaving the classroom, she has been working with the Natural Learning Research Institute and processing her ideas on her own blog, Meanderings: Random Thoughts Along the Way. She is now working on two books: Learning to Write / Writing to Learn: 10 Core Competencies and Growing Leaders: Learning Environments for the 21st Century. 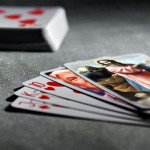 September 23, 2016
It’s time to trump the Trump with the Jesus card
Next Post 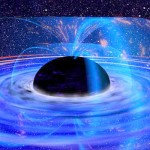