Things We Don’t Talk About: DAPL and the Doctrine of Discovery

Things We Don’t Talk About: DAPL and the Doctrine of Discovery November 2, 2016 Guest Contributor

I recently heard Mark Charles, a Navajo speaker, writer, and advocate, give a lecture on the Doctrine of Discovery. The Doctrine of Discovery was when the Church in Europe, through a series of Papal Bulls from 1452-1493, instructed the nations of Europe to go and conquer lands and people not ruled by Christian rulers. These indigenous people were considered less than human, and their sacred lands were for the taking.

This attitude extends through our nation’s history as reflected in the treatment of Native Americans from Columbus to the present day, and is hiding in plain sight in our revered historical documents like The Declaration of Independence and The Constitution. And its modern-day effects are being seen in the Dakota Access Pipeline (DAPL) opposition in North Dakota.

If this is news to you, I am sorry. I am sorry our educational system has not undertaken this difficult topic, and instead of using it as a starting point for healing it’s been buried and forbidden. Many would prefer not to talk or think about it, proclaiming, “What does the past have to do with me? What am I supposed to do about it?” Many are ashamed of this part of our history, but by not working through it we may be doomed to repeat it. What we need is lament and reconciliation to our land and our native peoples.

One could argue that we live in a time where the question is not whether we are racist or not, but whether our racism is explicit or implicit. We are all racist, some of us are just better at navigating the language or posture around it. What we need now is to acknowledge it, shine a light upon it, and fix the broken parts within ourselves that allow us to think that we are somehow better than other sacred children of God.

Some of the vitriol we’ve seen this election season springs out of a frustration with not wanting to–or not having the vocabulary to–have the hard conversations needed to move forward: racism, sexism, xenophobia, and disregard for human life from cradle to grave are hard issues to tackle over coffee or Bible study. This is hard, holy work that will take a long, sustained effort. And we could learn a lot about effort from the Navajo.

In a break out session following his keynote speech, Mark Charles explained that Navajo time is not like “American” time. Instead of being oriented to time- and place-specific appointments on a calendar, Navajo are goal-oriented: they stay till the task is done, however long that takes. They do this out of love for the land and the desire to care for those around them.

That’s what I’ve admired most about those gathered in North Dakota to resist the pipeline: they are prepared to be there until the task is complete and their goals are met. They’ve set up shelters, stores, even midwifery services! Those gathered and connected to the sacred ground are the true hosts and defenders of the Earth. They are showing us how to care for the land and preserve the water, because water is life. We should be listening and watching their example.

Is it any wonder we treat each other the way we do when we treat our land as a trash can or ATM machine? It’s time to start talking. It’s time to have the hard conversations. Though we won’t fix it overnight, if we commit to work till the job is done, however long it takes, we can be reconciled to God, to one another, and to our Earth.

Christina Krost is a wife, mother, and earth care advocate. She works for Faith in Place, an interfaith non-profit. She lives with her husband and three young daughters in rural central Illinois and blogs at 5matches.com. Her work has been in Brain, Child Magazine, ForEveryMom.com, and a 2015 anthology called Precious, Precocious Moments (Grace Publishing). 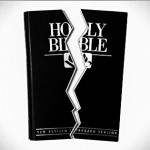 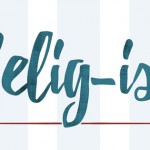 November 4, 2016 Relig-ish: Soulful Living in a Spiritual-But-Not-Religious World
Recent Comments
0 | Leave a Comment
"6 Bible results for "be kind":2 Chronicles 10:7They replied, “If you will be kind to ..."
Jim Jones Seven ways Christians blow it
"Uh...no?"
Tiny J Seven ways Christians blow it
"GOd came to save us from eternal separation from God by dying on a cross?Do ..."
Bones Did Jesus speak more about Hell ..."
"Eternal separation from God"
SPH Did Jesus speak more about Hell ..."
Browse Our Archives
get the latest from
Progressive Christian
Sign up for our newsletter
POPULAR AT PATHEOS Progressive Christian
1 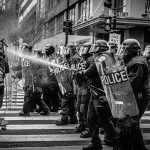