Why the Bible Doesn’t ‘Clearly Say’ Anything 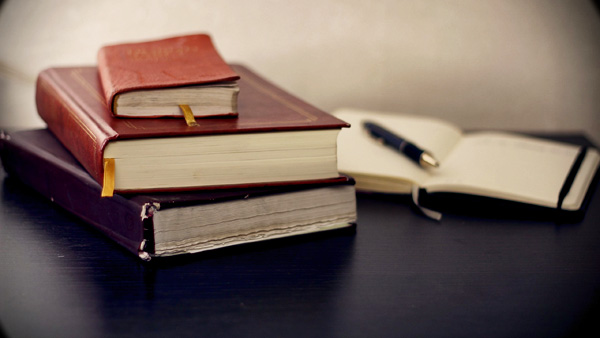 If it’s a day ending in Y at Unfundamentalist Christians, it’s probably a day on which we’ve gotten some version of the following from one of our detractors: “Your argument seems to be with the Bible.”

These are the people who believe the Bible to be the Definitive Word of God, and who believe, even when offered any number of nuanced arguments about why that’s problematic, that “the Bible clearly says X,” about any given issue.

If you are saying those words in English, living in present-day America, then you are uttering either an obfuscation or an outright lie. Because the Bible doesn’t “clearly say” much of anything.

Sure, it isn’t as though most of the New Testament contains completely opaque Greek. Much of it is quite straightforward. But the Biblical texts get especially sticky on matters of theology and social politics, when verses are used to declare people sinners or unfit for heaven. In such a context, a verse like “No one gets to the Father except by me” calls for a much greater discussion than a verse like “they went down into Nazareth” (though issues of narrative flow are even raised for the latter).

This is because the Bible is written in ancient languages, and ancient languages are particularly difficult for us to nail down, since no one is currently alive speaking them as living models of communication. So scholars work hard to tease out the meaning of problematic passages using the tried-and-true tools of philology—the study of ancient languages.

When confronted with a Biblical literalist telling me that the Bible “clearly says X,” I usually ask them how they know it “clearly says X.” Usually, they respond by quoting their translation to me. I then ask them why they trust that particular translation. Sometimes, the interlocutor (especially if it’s a member of the clergy) has, in fact, looked at the Bible in its original languages, and so they might say something like “well, πίστις here means ‘trust.’” But it’s when you push even further that you realize how little many Bible-believing Christians understand about the process of translation and philology.

Typically (so typically I have come to expect it), they refer me to Strong’s Concordance, a 19th-century index of the words found in the King James Bible. The problem with Strong’s is that it only contains words found in the Bible—so for the Greek New Testament, it compares uses of a Greek word in Matthew to its use by other New Testament authors. What it does not do, however, is compare the word to its use in the greater corpus of ancient Greek literature—a massive collection of works from whose contexts the New Testament authors drew.

At this point, the interlocutor often thinks the conversation is over, but of course it’s not. All the person in question has done is indicated that he (and it’s almost always a he) puts his faith not only in translators but also in Strong. When I then ask the next question, it’s often met without answer: so how does Strong know what the Greek says?

It’s peculiar that so many people have a rigid, unbending, adamant view about something they feel is in the Bible, but have so little understanding of why they think the Bible says what they say it says. We usually confront this with people who claim to have a “high view of Scripture,” that is, they believe that Scripture is infallible and inerrant, and we must abide by what it says to the letter. They have this doctrinal belief about Scripture that for them is self-evident, yet seem, when pressed, to have very little understanding about the transmission, translation, and study of ancient texts. They usually say things like “the Bible clearly says that …” followed by their belief, informed by their respective religious leaders, informed by Bible translators, informed by (some) Bible scholars, that the Bible says what they’re saying it says. The problem is that for those passages that really matter, i.e., the ones most often quoted as “proof texts” to support a theological or political claim, the Bible is rarely “clear” on what it says.

So where does Strong get his ideas about what the Greek and Hebrew in the Bible means? From dictionaries concerning these ancient languages. And where does a good Greek lexicon, for example, get the various meanings it lists beneath a specific word? From its uses in the hundreds of texts from the ancient world. A good Greek lexicon will not only list the various meanings of a word, it will offer citations to specific texts using the word the way listed. So how do the editors of these dictionaries know that the text cited uses the translation offered in such a way? Because that’s the best sense the body of scholars who’ve read that text have made out of it.

Here’s an example: if we look up the word πίστις in Liddell and Scott’s Greek-English Lexicon (the standard Greek lexicon in the English-speaking world), we’ll find that amid its various translations, an obscure one is given for a collection of papyrus found in Egypt. In that instance, we’re given the translation “safe-conduct, safeguard.” So how do the editors of Liddel and Scott know it means that? Because that’s what scholars have determined makes the most sense. So translating an ancient text using a lexicon is a circular process—translators (be they amateur or professional) use lexica to render into English the Greek words that scholars have determined most likely mean X within a given setting. The texts drive the dictionary entries—it’s not the other way around.

Then isn’t it possible that scholars might strongly disagree on what the text is saying? Yes! That happens all the time. In fact, that’s the entire reason for the existence of philological disciplines like classical studies and Biblical studies in the first place. Scholars puzzle over these texts constantly, making arguments in the hopes of better refining our understanding of what they say.

So when someone says “the Bible clearly says X,” what they really mean is “my religious belief asserts that this set of scholars and their reading of the Bible is correct over against any others.” That’s fine—there will always be disagreements. But to pretend such disagreements don’t exist is ignorant at best, and disingenuous at worst.

The Bible’s writings are like any others from the ancient world: fascinating and puzzling at times, and worthy of continuous study. Anyone who says they are plain and clear is essentially denying that—they’re saying we know all of what the Bible says already, and there’s nothing left to puzzle over. It is perhaps not surprising then that the very people who hold this view also take a likewise uncurious approach to many of life’s other great questions.

About Don M. Burrows
Don M. Burrows is a former journalist and current college preparatory school teacher. Don holds a Ph.D. in Classical Studies with a Ph.D. minor in New Testament. A former Christian fundamentalist, Don is now a member of the United Church of Christ and can be found routinely advocating that the Bible cannot be read or explored without appreciating its ancient, historical context. Don lives in Minneapolis with his wife and three young children. Don blogs at Nota Bene and can also be found on Facebook. 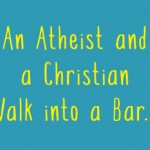 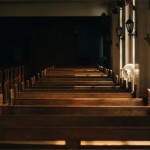 December 9, 2016 It's Hard to Go to Church in Trump's America
Recent Comments
0 | Leave a Comment
"6 Bible results for "be kind":2 Chronicles 10:7They replied, “If you will be kind to ..."
Jim E Jones Seven ways Christians blow it
"Uh...no?"
Tiny J Seven ways Christians blow it
"GOd came to save us from eternal separation from God by dying on a cross?Do ..."
Bones Did Jesus speak more about Hell ..."
"Eternal separation from God"
SPH Did Jesus speak more about Hell ..."
Browse Our Archives
Related posts from Unfundamentalist Christians