Inauguration Day, the Women’s March and the Lonely in Between 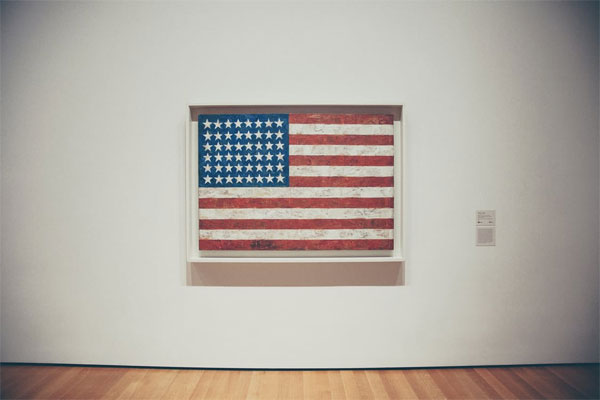 With all that’s happened in the turning tides of the political climate in Washington, D.C., I find a misquote—of an original Albert Einstein quote—to be appropriate:

“Everything should be as simple as it can be, but not simpler.”

It’s obvious we live in a divisive time. But lately I’ve started to wonder if we live in an oversimplified one as well. I wonder if our heightened emotions have mistakenly led us to believe things were much more straightforward than they are. We feel so passionately about so much. And the louder our voices get, the deeper our convictions go. We are certain unity is possible. (If only the other side who could begin to see things our way.)

But it’s not. For me, at least. And feeling this way has led to me feeling isolated in a way I didn’t expect. Because I am not sure my beliefs can be as neatly packaged as each party narrative would have me believe. As a result, it feels like I don’t belong anywhere.

I align myself with some of the ideals, both the Inauguration, January 20th, and the Women’s March, January 21st, represented. And feel undoubtedly uncomfortable with others. Meaning the most radical and controversial place to be, and as a result, the most lonely position to take these days, is that which acknowledges the intricacy in all of it. That refuses to call simple what is not simple.

A few years ago I made a theological change. Where before my starting point in the story of faith was the acknowledgement of a sin nature in each person, I now decided not to bypass the first two chapters of Genesis in an effort to get to chapter 3 where Adam, Eve and the snake enter the scene. I decided if God saw fit to start in Genesis 1, then I should too. And Genesis 1 is where humanity is made in the image of God. That’s true first. Sin is a real part of humanity’s story. But so is the dignity assigned us, by the one who made us.

Genesis 1 taught me to live in the complicated, in the gray. Starting with Genesis 3 reduces the world to too naïve an “us versus them” perspective. The issues too readily settle into black and white. You didn’t simply get this wrong, you are wrong. Things appear simple that aren’t simple.

But when you start with a God-given identity, you begin to see the complexity of our conflicting convictions. Because there are people made in the image of God who have arrived at different conclusions than you have, whose real beliefs have stemmed from a real place of hope and principle, uncertainty and worry.

And amid the complexity arises a singular simplicity. We aren’t all that dissimilar. We aren’t two sides taking aim at one another. We are one humanity desperately trying to come to terms with the parts of ourselves so radically different from one another.

January 20th, at an Inauguration we may not have been able to bring ourselves to watch, with the masses who flooded the capitol, amid the emotion that encircled the crowds, in the—what appeared to be—unhelpful rhetoric, there were basic human needs of those there yearning to be met.

The need to be heard. Feel safe. Be understood.

January 21st, at a Women’s March we may not have been able to bring ourselves to watch, in the masses who gathered in cities around the world, amid the emotion that encircled the crowds, in the—what appeared to be—embittered reactions to an election those gathered didn’t like, there were basic human needs yearning to me bet.

The need to be heard. Feel safe. Be understood.

I am not going to buy into a group think narrative. There are obvious rights and obvious wrongs, but one political party does not corner the market on all of them. Neither does one presidential era or march. We are operating in a complex world attempting to force us into a simplified system. It doesn’t work that way. And if we find ourselves fitting too easily into one or the other, it’s possible we’ve been had.

I’m just speaking as someone who feels like she doesn’t fit anymore. Who is wary of political labels and promises and feeling isolated in my neglect to pick a “team.”  Who is wondering if, in the raising of our voices, we are quieting the human dignity found in the “other”—because to both teams, on some issues, I am the other. And if not me, then someone. A real person.

Which makes things not simple at all. And that’s okay.

Still, it does make it more lonely.

But the thing is, I’m not convinced I am the only one. I think there are a lot of us. At least I hope there are. I hope there is an undercurrent of insurgents who are not allowing a political party to determine where we belong and what we believe. Who see the humanity in those who take the same positions we do, and in those who are bitterly opposed. Who believe to simplify the cause is to undermine the cause. And that to reduce the issues to the lowest common denominator is to reduce the personhood of those who don’t agree with us.

We are the new revolutionaries who know that nothing is as simple as it appears, that things are more murky than maybe either side feels comfortable admitting, and that the act of not belonging anywhere is in and of itself belonging and taking a stand somewhere. This too takes courage, self-reflection, and conviction. We are not copping out, selling out, or flaking out. We are leaning in, we are tuning in, and we are giving in to something larger than our need to feel comfortable. We are learning to live in the in between.

So. Is anyone with me?

January 24, 2017
The "Alternative Facts" of Fundamentalist Religion
Next Post 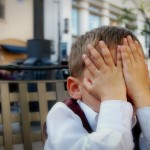 January 27, 2017 Why "God Is Sovereign" Is Not Enough (And What You Can Do Instead)
Recent Comments
0 | Leave a Comment
"6 Bible results for "be kind":2 Chronicles 10:7They replied, “If you will be kind to ..."
Jim E Jones Seven ways Christians blow it
"Uh...no?"
Tiny J Seven ways Christians blow it
"GOd came to save us from eternal separation from God by dying on a cross?Do ..."
Bones Did Jesus speak more about Hell ..."
"Eternal separation from God"
SPH Did Jesus speak more about Hell ..."
Browse Our Archives
Related posts from Unfundamentalist Christians 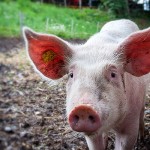