[Editor’s note: though this piece was written in response to Trump’s first travel ban, the issues still apply to the new travel ban.

My son is eleven and my daughter is nine. They have only ever known a black president; that is as far back as their memory will take them. When President Obama was elected to be our 44th president, my son was attending a majority-African American preschool. The students celebrated by making paper crowns with an image of their president in the center. The celebrations continued as my husband and I joined President Obama at Grant Park, in Chicago, to listen to his acceptance speech. People were cheering, crying, and hugging strangers. The crowd was overwhelmed with emotion and a sense of pride for how far our country had come. We were a part of history.

Eight years later, we are now living under a Trump presidency. The night the election results were clearly falling in Trump’s favor, I could not sleep. I awoke at 3 a.m. to check the results yet again, at which point it was clear that Trump would become our next president. My heart sank from fear of what this would mean for me and my loved ones, as Muslim Americans with Syrian heritage. I hoped for the best–that Trump would not fulfill his promises to surveil, register, and ban Muslims. I hoped he wouldn’t continue to encourage a re-emergence of white supremacy, an irrational fear of African Americans, Hispanics, and other minorities, and a palpable lack of respect for women. I was horribly wrong.

Within one week of his inauguration, Trump instituted a travel ban on seven Muslim-majority countries. Millions of Americans were horrified by the Islamophobic executive order and many took to the streets to express their concerns. I was so caught up in the hoopla that I didn’t even realize the effect all this was having on my children. The weekend of the ban, my son innocently asked at the dinner table if our family would be placed in internment camps like the Japanese. The question caught me completely off guard. It wasn’t like it hadn’t crossed my mind–I certainly worry about the prospect–but I didn’t think my own children would be burdened with this fear. I stumbled on my words and found myself reassuring my children that the camps were not as bad as prison. I clearly botched that answer, and the conversation ended with my daughter wailing and pleading, “Can we leave this country?” I will never forget the look of fear in her eyes. I didn’t know how to comfort her without lying and pretending everything would be ok.

My daughter was born and raised in America, as was her father. She’s only ever lived in America, and now wants to leave the only home she’s ever known. She’s terrified of what will happen to her because of her faith and beliefs and the country in which her grandparents were born. Something is awfully wrong with that picture.

When we look at the statistics, we know that Syrian refugees have never taken the life of an American in this country. Furthermore, nobody from the seven banned countries has committed terrorism on US soil. It is clear that Trump’s Muslim ban not only has no basis, but it is also placing an immense psychological trauma on our children. Such a ban sends Muslim American children the message that they cannot be both Muslim and American. Millions of Muslim children no longer feel safe living in their country of birth. Minority children across the country–Muslim, Hispanic, African American, the disabled, etc.–need the support of the American people at large, now more than ever. They need to know that they belong here, regardless of what one man at the top of the food chain tells them. America is already great; let us keep it that way. 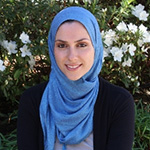 About Sana Khatib
Sana Khatib is a proud Syrian American Muslim who lives in the Bay Area with her husband and two children. As the daughter of Syrian immigrants who fled from political persecution decades ago, she feels grateful to live in a country that protects her right to practice her beliefs and speak out against injustice. 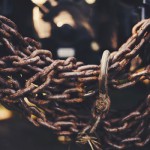 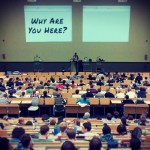 February 9, 2017 How Evangelical Kids Can Get Their Faith Shaken on the First Day of University
Recent Comments
0 | Leave a Comment
"6 Bible results for "be kind":2 Chronicles 10:7They replied, “If you will be kind to ..."
Jim E Jones Seven ways Christians blow it
"Uh...no?"
Tiny J Seven ways Christians blow it
"GOd came to save us from eternal separation from God by dying on a cross?Do ..."
Bones Did Jesus speak more about Hell ..."
"Eternal separation from God"
SPH Did Jesus speak more about Hell ..."
Browse Our Archives
Related posts from Unfundamentalist Christians 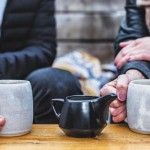