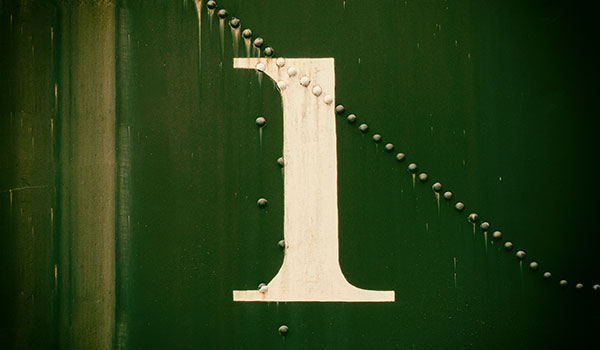 Several years ago, after going through a very troubling church experience, I went through a time of intense examination of what I actually believed. I had come to a place where I needed to figure out if my faith was real or if it was just an institutional construct. At one point, I read four or five books in about a month in which the authors either went through a significant season of doubt, or they deconstructed their traditional way of doing church and rebuilt it into a more authentic expression. Those books, and the friends who traveled that difficult road with us, were instrumental in reshaping the landscape of my faith. What I believe now looks very different, more expansive and much more inclusive, than it did before.

God hasn’t changed, obviously, but the way I think about him has. My view of him is bigger, less traditionally boxed-in, and contains more mystery. While I believe that the best way to understand him is to look at Jesus, I also believe that he reveals himself a lot more widely than I ever believed before.

For example, if God is the one and only god and he created the whole universe, then nothing in all of creation is beyond him. He is the Source, the Creator and the Energy inherent in everything, and he reveals himself and can be found everywhere (Deut 6:4, Gen 1:1). And also, we can get to know him, at least in part, by just looking at the world around us in all its beauty, complexity and intricacy(Rom 1:20).

If God created all of us in his image, then every single person on the planet who has ever existed carries some inherent likeness of him (Gen 1:27). It should be no surprise, then, that we can find some wisdom, truth, and love wherever we look. Wherever truth is found, it is an expression of God’s common grace and his image-likeness showing up. All truth is from God. It seems to me that part of loving others is to look for the image of God in them and to discern the truth in what they believe.

Let me be very clear. I am not saying that all pathways lead to God. I believe that the only way to God is through Jesus. But I am saying that I suspect God is much more inclusive than many Christians give him credit for. And he distributes his love, wisdom, and truth far wider than our narrow Christian enclaves. Who is to say that God, in his love and mercy, doesn’t give someone who is truly seeking him the opportunity to know Jesus, whether in this life or at some point afterward? Scripture does not address that possibility.

Also, I believe that Christianity, of all the major religions, has the best grasp of who God is and how he reveals himself (even though many churches–and I myself–do a poor job of showing his love). If I didn’t believe this, I wouldn’t be a Christian, I would be something else. But it also means that to show the love of God to others, I need to give them the same respect and freedom of belief that God has given me. Maybe the best way to show that Christianity has the most truth is to be the best at showing love to our neighbors in this world.

C.S. Lewis said that all major world religions contain elements of truth, so rather than condemning them as “unchristian,” I want to look for those true elements and see what we might have in common. For example, many native groups have immense respect for creation. This parallels very nicely with the Christian mandate to steward creation and manage its resources wisely.

I heard a story recently about a professor at a Christian college who was fired for saying publicly that Muslims and Christians worship the same god. She said she was quoting Pope Francis. I find it troubling that a Christian college reacted so badly when she was actually speaking the truth. God, as the one and only God, was the god of Abraham, whose sons were both Isaac and Ishmael, who fathered the peoples of Judaism, Christianity, and Islam. We might believe different things about him, but it is not God who is different, it is our beliefs. When we try to define God and put him in a box, it is not God we believe in but some diminished version of him.

When speaking the truth or acting in love, some churches don’t do a very good job. Some are judgmental, narrow-minded, unloving, and critical of anyone who believes differently from them. But then there are other churches, or the people in them, who have a vibrant, loving, caring, and joyful witness to their faith. I believe we have to be as discerning about other Christian churches as we do about other faith traditions.

In my world, I try to put Jesus at the center. I hope I will be able to find common ground with anyone who is moving in his direction, whether it is in learning about him, or living like him, or following him, or loving him, however that looks. I don’t want stale or strident dogma to define the boundaries of my faith, I want to be moving ever closer toward Jesus, and in that to find common ground with others wherever it exists. I want all of us to move closer to Jesus and to know and love God better. After all, there is only one God, he made everything, and we are all made in his image.

About Sandy Brunsting
Who am I and what am I doing here? Existentially speaking, I am a random accident but planned before the very dawn of time. My life has purpose and value as does every life. On a physical level, I am middle aged, middle class, white, well-educated, Canadian, Dutch, Christian, a daughter, sister, wife, mother & grandmother. But that doesn’t really say much about who I really am, does it? I hope that my writings reveal my heart and that some of the lessons I’ve learned along the way will connect with your heart and that together we can explore the love of God, family, & friends. I blog at https://wisdom55blog.wordpress.com/. 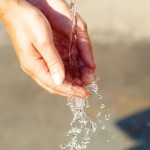 April 8, 2017 An Open Letter from the Syrian Border
Recent Comments
0 | Leave a Comment
Browse Our Archives
Follow Us!