Every Non-Religious Person Should Be Able to Answer These Questions

Over on the Friendly Atheist blog, Hemant Mehta, in a post titled “Every Religious Person Should Be Able to Answer These Questions,” draws attention to a “street epistemology” video in which an interviewer named Reid asks a Christian named Tia about her beliefs.

Tia has a difficult time articulating why she believes her Christian faith is true and ends up saying that her faith is an “internal feeling.” But the interview really begins to run off the rails when she’s asked:

“If someone from another religion came up to the table and said that believing in their god gave them joy and that they had really good internal feelings about that god, is that a justifiable way to come to that belief? By going off feelings for that?”

But she becomes flummoxed when asked to apply that logic to her own beliefs. Faced with the question “If it’s [faith] not reliable for them, why is it reliable for yourself?” she says “You’re asking tough questions!”

Tia simply can’t resolve the dissonance caused by the idea that her feeling of faith might be equally reliable (or unreliable) as that of a person from a different religious background.

It’s easy to poke fun at the faith of someone like Tia, but I’m sure if most people were put on the spot about their beliefs, they would also struggle to articulate them. Anyone who’s taken a course in epistemology or read a good book on the subject knows that words like belief and knowledge and fact and evidence are not as straightforward as they seem, and that seemingly benign questions about knowledge and belief can quickly become intractable.

But, though Tia obviously isn’t a model for informed discussion about the intellectual foundations of religious faith, she nevertheless serves as a reminder that we all, Christians and non-Christians alike, should ask ourselves what we believe and why we believe it.

The “street epistemology” conceit seeks to gently poke at religious faith, but regardless of one’s faith (or lack thereof), we should all challenge ourselves with tough questions like: What do I believe is important in life? Why do I believe that way? What do other people believe about the things I think are important? Why do they believe that way? What biases and blind spots affect my beliefs? How can I address those shortcomings?

We need to ask these questions on an ongoing basis, and we also need to realize that, as with all deep questions, we will likely never arrive at a final answer. It’s fine to say “I don’t know,” a response that, in this case, might have served Tia better in her exchange.

Dan Wilkinson
Dan is the Executive Editor of the Unfundamentalist Christians blog. He is a writer, graphic designer and IT specialist. He lives in Montana, is married and cares for several cats. 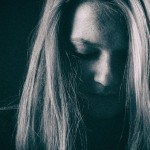 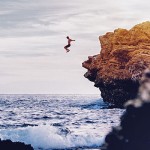 June 28, 2017 Faith in the Fog: Making Peace With the Messiness of the Bible
Recent Comments
0 | Leave a Comment
Browse Our Archives
Follow Us!